There's a Shortage of Adderall and People Are Seriously Suffering

"It’s terrible that nothing is being done and that so many people are having to go without their meds." 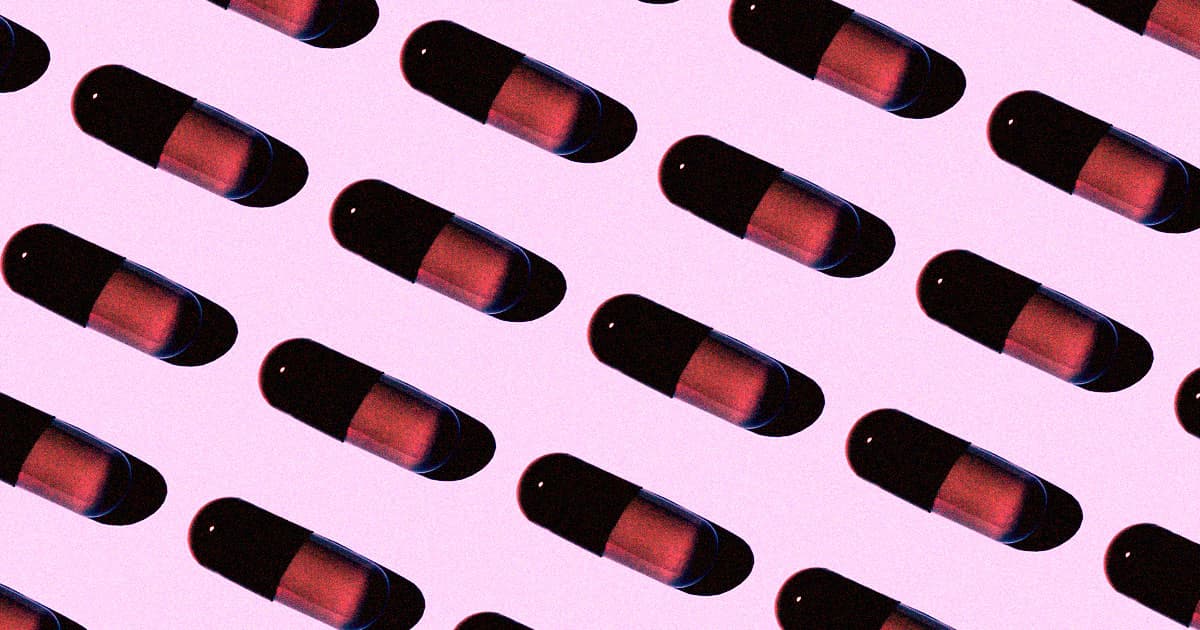 Agitation, unrest, unease: all have been brewing in the wake of a growing Adderall shortage.

Pharmacies across the country first started reporting the shortage between August and mid-September, and now Bloomberg has followed up on the murmurings by reaching out to patients across multiple states. A Walgreens spokesperson admitted to Bloomberg that there were in fact "supply chain challenges" for both instant and extended-release variations of the drug. CVS euphemistically said it was able to fulfill subscriptions "in most cases."

But perhaps the most striking indicator of the drug’s shortage is from the people prescribed to take them.

Speaking to Vice in an interview, one patient described how he called 16 pharmacies in two days, desperate to reup his medication after being told it’d take two to three months for the next order to come in.

"My life is turned upside down," the patient told the site. "My ability to deliver both at work and in my personal life the way I’m used to is compromised."

Adderall, a mixed salt amphetamine, is mainly prescribed to help patients diagnosed with Attention-Deficit Hyperactivity Disorder (ADHD). For those diagnosed, its use is inextricably tied with productive daily function, helping them adhere to the sometimes rigidly uncompromising time structures, deadlines, and tasks imposed by jobs and other obligations in life.

"People become very adamant about having their medicine — not because they're abusing the drugs, but because they realize how important the medicine is to their daily functioning at work and at home," David W. Goodman, an assistant professor of medicine at the Johns Hopkins University School of Medicine, told Vice.

Still, Adderall often gets a bad rep for abuse, not only recreationally but also as a performance enhancing drug in competition, academics and in the workplace — a reality that gets tied up in the general stigma around mental health.

"That stigma can have the effect of making us feel like criminals for attempting to take care of ourselves and our mental health," another patient told Vice, adding that there’s an additional pressure to be a "model ADHD patient" just to keep using the drug without scrutiny.

Despite other organizations such as the American Society of Health-System Pharmacists listing mixed salt amphetamines in its shortage list, the FDA has so far held off on officially declaring a shortage.

Some of the drug’s scarcity can allegedly be attributed to one of its major manufacturers, Teva Pharmaceuticals, reporting a labor shortage back in August. And some of it has been attributed to the uptick in prescriptions during the pandemic, as the ensuing prevalence of telehealth gave more people a convenient way to receive a prescription. Whatever the reason, though, the frequency of shortages is unacceptable and likely avoidable.

It's baffling that that were no lessons learned during the 2011 Adderall shortage, or the more recent one that's reportedly been building since 2019.

Regardless, you can feel the digital pulse of collective worry rising. Bleak as it may be, watching people online lose their minds in real time is the future paradigm of medication shortages, especially cognitive ones. To abruptly deprive those who rely on medications to live is already cruel. And in the age of social media, that anxiety and pain is often broadcasted and preserved digitally for all to see.

Online, the atmosphere is both atrabilious and ironic. For an onlooker, it can also be a little unsettling. In one breath, users post jokes and memes about how annoying they're going to become without their meds. In another, they’ll describe the rationing of Adderall they’ve resorted to, the inability of their pharmacies to help them, the threat of losing their jobs.

"As someone who lives with someone who takes and needs Adderall, I’m seeing first hand just how awful the effects of this Adderall shortage are," one person wrote on Twitter. "It’s terrible that nothing is being done and that so many people are having to go without their meds [right now.]"

11.19.22 Developments
So Many People Are Using a Diabetes Drug for Weight Loss That Actual Diabetics Are Having Trouble Getting It
7.26.22 Studies
Decades of Alzheimer's Research Allegedly Based on Fabricated Data
7.07.22 Treatments
"Anti-Hangover" Pill Could Take All The Fun Out of Drinking — If It Actually Works
6.29.22 Rx/Medicines
People Are Stockpiling Abortion Pills and Emergency Contraceptives After Roe Reversal
5.19.22 Rx/Medicines
Doctors Impressed by Drugs That Rejuvenate Immune System