In Horrifying Short Story, X-Ray Discovers Patient Has No Skeleton

Have fun trying to sleep tonight. 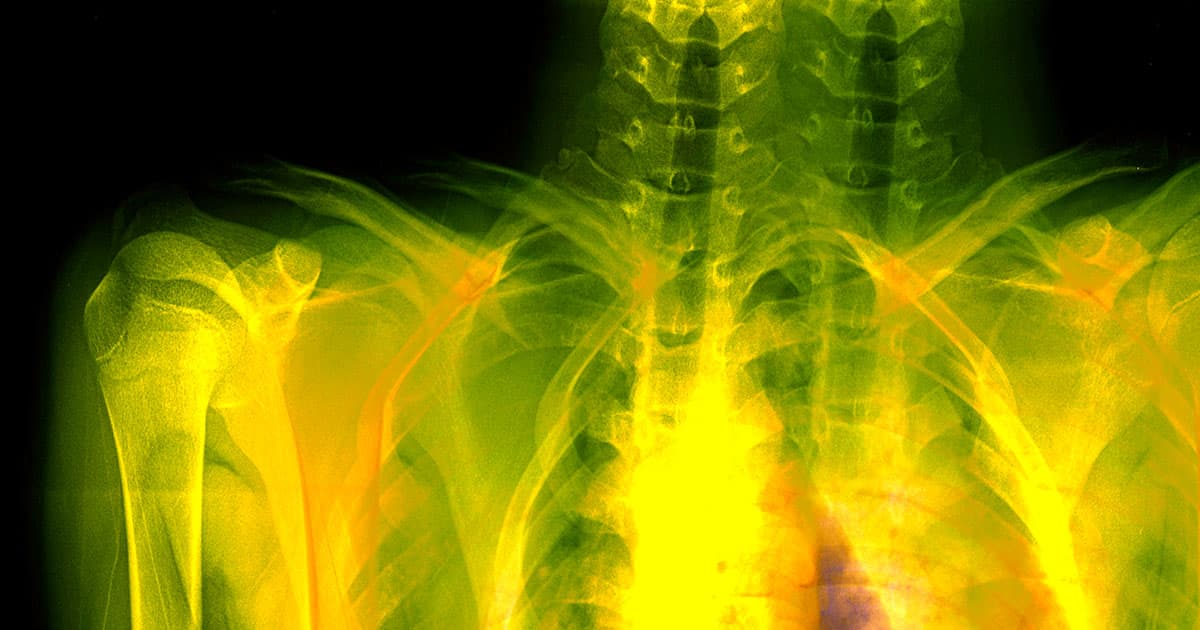 It's not every day we stumble across medical fiction so grisly that we wince.

But this short story, posted on the NoSleep subreddit, is just disgusting and absurd enough to fit the bill. It begins as a sort of workplace mystery told from the perspective of an X-ray technician named Jack who, along with his coworker Carol, has just discovered that a patient who came in with an apparent bone fracture does not actually appear to have any bones.

"'There's something there,'" the narrator recounts, "'solid, feels a bit...' I shuddered at the memory of touching the patient, how his tibia seemed to squirm under my fingers, 'wrong.'"

From there, the technicians do what any medical professional in their position would if presented with such a conundrum: they decide to give the patient, a "wiry young man with slightly thinning brown hair" a computerized tomography (CT) scan.

Carol notes after they get the patient into the sarcophagus-esque machine that there does seem to be "something there of... clinical significance." Jack matter-of-factly notes that her "super formal" speech is more upsetting than when she declared that the patient "has no fucking bones."

The pace of the story picks up fast after the pair get the imagery from the CT scan back, revealing that in the place of bones, their increasingly-worried patient appears to have a bunch of tiny, crawling insects holding his body up.

'Quarantine.' I looked up at Carol, but she said it again, louder and more firmly. 'Quarantine! Right now. Lock the doors, we need security.'

'No, here too, you and me. We've touched the patient.' She walked over and locked the operation room door, pulling out her phone and [dialing] a number at the same time. 'The door Jack, now!'

After upchucking and discovering a number of tiny cuts on his own body, our narrator begins a protracted dialogue with his colleague that reveals a truth perhaps even more horrifying than what's crawling inside the young man.

In the interest of not spoiling the story's final, dreadful twist, we're going to stop here and suggest you head over to rNoSleep to find out what's happening in those claustrophobic hospital rooms. We promise you'll be itching all over by the end.

More on scary stories: This Horror Story About the Webb Telescope Will Chill Your Bones