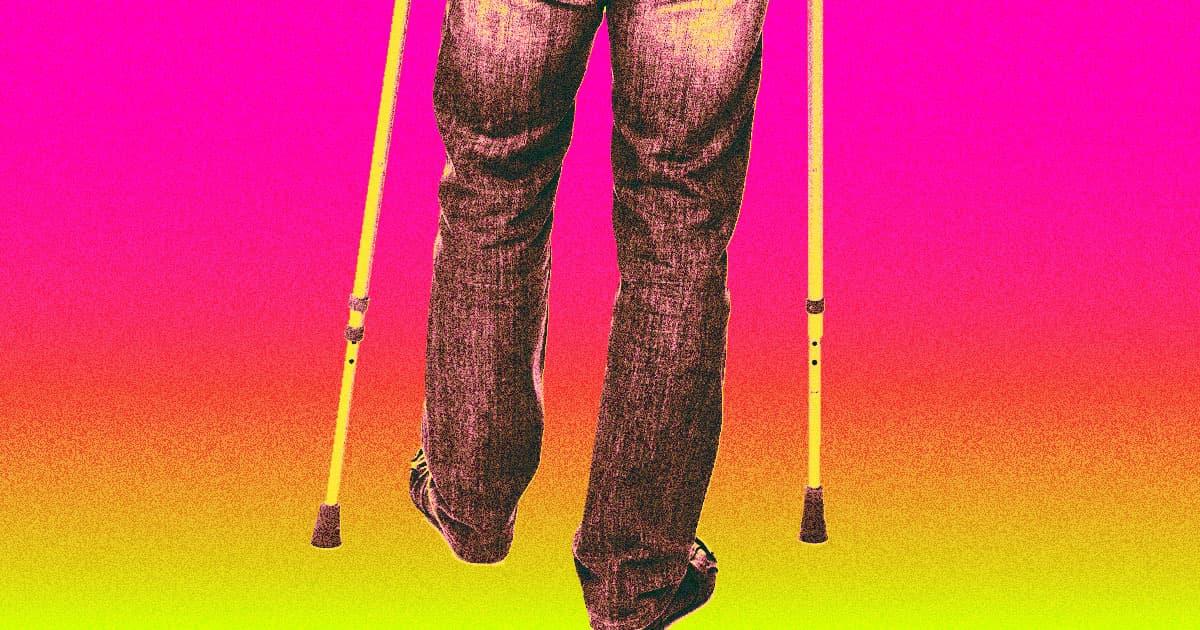 For the first time ever, an app-based electrical implant has allowed a paralyzed person to walk again.

As NBC News reports, Swiss researchers used electrical implants connected to a tablet app to help Michel Roccati become the first person to walk again after a severe spinal injury that he suffered during a 2017 motorcycle accident.

Though this is the first time the tech has been used on a paralyzed person, the type of implant researchers at the Lausanne University Hospital used to help Roccati walk again is not entirely new. Spinal cord stimulators like the ones modified for this research have been in use for decades to help people manage chronic pain, according to NBC — though of course, there's major differences between that usage and this groundbreaking new study.

While this type of implant, detailed in a new study published in the Nature Medicine journal, has in the past generally sent electrical signals to patients' brains to help ease pain, the stimulator in the Swiss study was modified to send electrical impulses to the specific areas of the spine that deal with walking.

Using an app that connects to the device — and two backup buttons in case of poor wireless signal — users like Roccati are able to select what type of motion they want to do and then, well, do it.

Michel Roccati, an Italian patient who suffers from a complete spinal cord injury after a motorbike accident, has recently received the implant on his spinal cord. A wireless tablet forwards the signals to a pacemaker in his abdomen, allowing him to stand. pic.twitter.com/5ihHH4tqD5

Roccati was one of three men that the Lausanne researchers tested the implants on, and the results, as described by NBC, were stunning. Within the first hours of therapy after implantation, all three of the men were able to move their legs, and they were soon able to swim, cycle, and stand with the help of a walker in the lab. Soon after, they were able to move around outside the lab as well.

These results are even more spectacular given how labor intensive previous spinal implant research has been.

Dr. Eellan Sivanesan, who serves as Johns Hopkins Medicine's director of neuromodulation, told NBC that previously most of the trials using this kind of device had been conducted on animals, and converting that research to human testing had been challenging.

"Previous attempts at using spinal cord stimulation to restore mobility have been largely labor intensive and have required months of working with an intensive rehabilitation team," Sivanesan, who was not a part of the Swiss research, told NBC. "If it can be done quickly, you don’t need as many resources and it could be applied at a larger scale."

In January, the Food and Drug Administration granted a company that makes a similar device a "breakthrough therapy" designation, and it's set to be implanted in its first American patient next month, NBC notes, with 49 other recipients scheduled for implantation later in the year.

There's obviously much more work to be done to make these kinds of implants available to the average spinal cord injury patient, but this is, without a doubt, a massive breakthrough.