"If we train people sufficiently long, they can achieve a certain level of control of a sophisticated device like these brain-controlled wheelchairs." 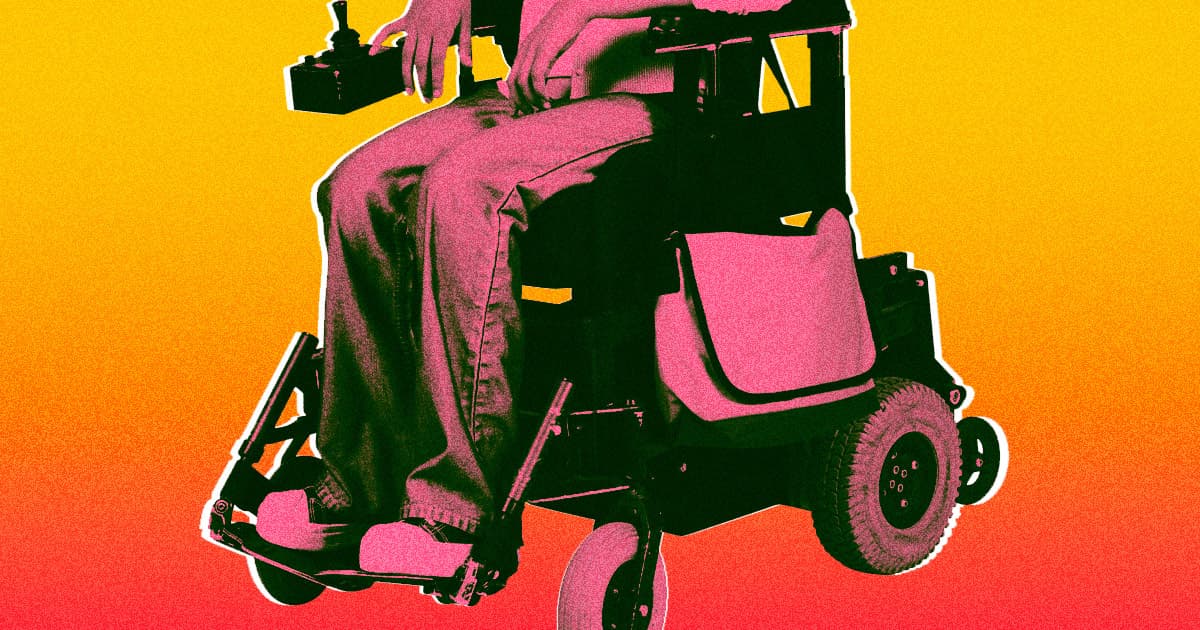 Several people with a severe form of paralysis that prevents them from moving any of their limbs have successfully operated a brain-controlled-wheelchair and accurately navigated it through an obstacle-filled room, according to a new study published in the journal iScience last week.

The patients suffered from quadriplegia — also known as tetraplegia — a form of paralysis that affects all four limbs and arises from an injury to the cervical spine. The advent of brain-controlled wheelchairs in recent years has proven to be a massive breakthrough, but still typically requires invasive brain-computer implants. Other methods use clumsy workarounds — like staring at a flashing light in the direction you want to move — to operate.

Now, the researchers say they've developed a noninvasive method that only requires wearing an electrode cap, and also note that their study is one of the first of its kind that did not only involve able bodied subjects.

"This is probably the first small study to achieve quite good success without having to enter the brain," Abbey Sawyer, a researcher at the Abilities Research Center in New York who was not involved in the study, told US News of the work. "There’s much more invasive approaches which are entering safety and feasibility stages of human trials at this point, but this is one of the first and probably one of the most successful of a noninvasive approach."

The researcher's appreciably noninvasive method uses a cap that amplifies electrical signals from the brain which are then translated by AI software that also "fills the gaps" in a command.

"It works a lot like riding a horse,"  explained study corresponding author José del R. Millán, a computer engineering and neurology professor at the University of Texas at Austin, in a press release. "The rider can tell the horse to turn left or to go into a gate. But the horse will ultimately have to figure out the optimal way to carry out those commands."

By the end of the study, two of the three patients were able to move their specialized wheelchairs with 95 to 98 percent accuracy, up from 43 to 55 percent. Getting there, however, was not easy. The patients had to train visualizing the wheelchair's movement as moving their own limbs, and took up to five months of biweekly training.

All in all, the researchers attributed the increase in accuracy to both improvements in the AI and the thoughts of a person controlling the wheelchair, and noted an intriguing change in brain activity over time. That paints a hopeful picture for those that would want to learn how to use such a device.

"The main point of the paper is that if we train people sufficiently long, they can achieve a certain level of control of a sophisticated device like these brain-controlled wheelchairs," Millán told US News.

The results are hugely promising, but Millán cautions that "there is no magic bullet." While two of the patients excelled, the third did not show significant improvements in steering accuracy or brain activity.

"We need to have several options, and we also need to understand that the same intervention given to two people will not have the same effect," Millán told The Daily Beast.

Those humbling remarks aside, it's hard to overstate the immensity of Millán and his team's achievements that pave the way to unlocking a whole world of accessible, noninvasive technology to help paralyzed people move on their own.