"This paves the way to more targeted treatments for paralyzed patients." 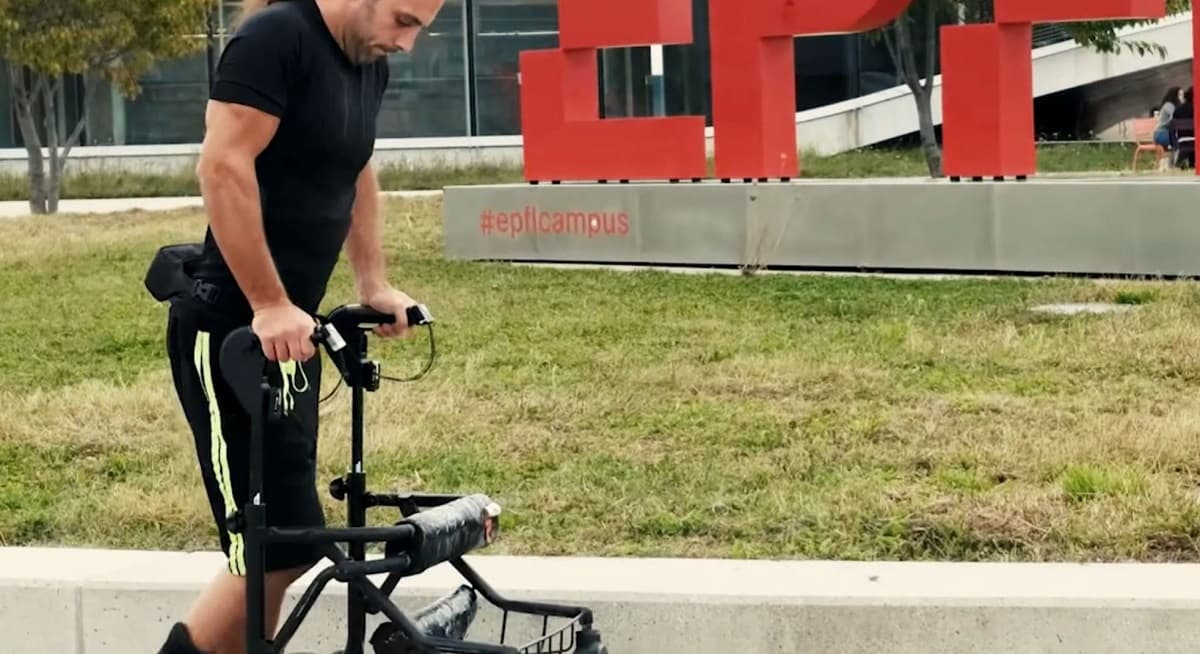 Historically, paralysis from spinal cord damage has been grave and irreversible.

But incredibly, that's now starting to change, as evidenced by new research published this week in the journal Nature that restored the walking ability of nine more patients and may pave the way for many more.

Specifically, scientists in Switzerland working for the bioengineering research center NeuroRestore say that they've identified the neurons that are essential in recovering the ability to walk in paralyzed patients. Although these neurons aren't essential for walking before suffering a spinal cord injury, they're crucially active in a burgeoning form of treatment known as epidural electrical stimulation (EES).

"It’s essential for neuroscientists to be able to understand the specific role that each neuronal subpopulation plays in a complex activity like walking," Jocelyne Bloch, a neurosurgeon at Lausanne University Hospital who supervised the study, said in a press release.

EES involves stimulating neurons with electrical pulses through an implant in the spine. Scientists have previously been able to restore some walking ability in patients using this method, and in this study the team of researchers were able to do the same for nine more patients.

What sets their accomplishment apart, however, is that their patients treated with EES retained their improvements in motor function post-rehabilitation, and four of them could still walk even after their EES implant was deactivated and was no longer sending out electrical pulses.

Finding out why these benefits persisted proved trickier.

After the patients underwent an additional five months of rehabilitation, the researchers began to suspect that EES "remodels" the spinal cord, and that they could find evidence of this in neuron activity while walking.

They unexpectedly found that the EES rehab led to less overall activity in the lumbar region of the spine, meaning that a specific subpopulation of neurons must have been responsible for the lasting improvements in walking after paralysis.

"When you think about it, it should not be a surprise, because in the brain, when you learn a task, that's exactly what you see — there are less and less neurons activated [as you improve]," Grégoire Courtine, a neuroscientist at the Swiss Federal Institute of Technology, who also supervised the study, told Nature.

That led the team to creating a "molecular atlas" of the neurons in the spinal cords of mice that underwent a similar EES rehab program to the human patients. With the help of an AI that tracked gene activity in the mouse spine cells, the researchers were able to tentatively identify the essential neurons.

To confirm their findings, the researchers deactivated the nerve cells containing the neurons in a separate sample of injured mice. When they tried to rehabilitate the mice using the same EES program, they weren't able to walk.

If Courtine and his colleagues' findings pan out for humans, that paves the way for potentially groundbreaking treatments in the future.

"This paves the way to more targeted treatments for paralyzed patients," explained Jordan Squair, a regenerative therapy specialist that supervised the study, in the release. "We can now aim to manipulate these neurons to regenerate the spinal cord."

11.23.22 Developments
Twins Born From Donated Embryos That Were Frozen in 1992
"It doesn’t seem like a sperm or an egg or embryo stored in liquid nitrogen ever experiences time."
By Noor Al-Sibai / Read More >>
11.22.22 Neuroscience/Brain Science
Chris Hemsworth Reveals Grim Genetic Test Results, Will Take Break From Acting
"The reality of it sinks in. Your own mortality."
By Frank Landymore / Read More >>
11.20.22 Treatments
New Vaccine Blocks Fentanyl in Brains of Rats
Researchers are calling the "breakthrough discovery" a "game changer."
By Victor Tangermann / Read More >>
Keep up.
Subscribe to our daily newsletter to keep in touch with the subjects shaping our future.
+Social+Newsletter
TopicsAbout UsContact Us
Copyright ©, Camden Media Inc All Rights Reserved. See our User Agreement, Privacy Policy and Data Use Policy. The material on this site may not be reproduced, distributed, transmitted, cached or otherwise used, except with prior written permission of Futurism. Articles may contain affiliate links which enable us to share in the revenue of any purchases made.
Fonts by Typekit and Monotype.