Scientists Have Discovered a Way To "Burn the Legs" off Cancer

Lasers and golden nanorods may be cancer’s undoing. 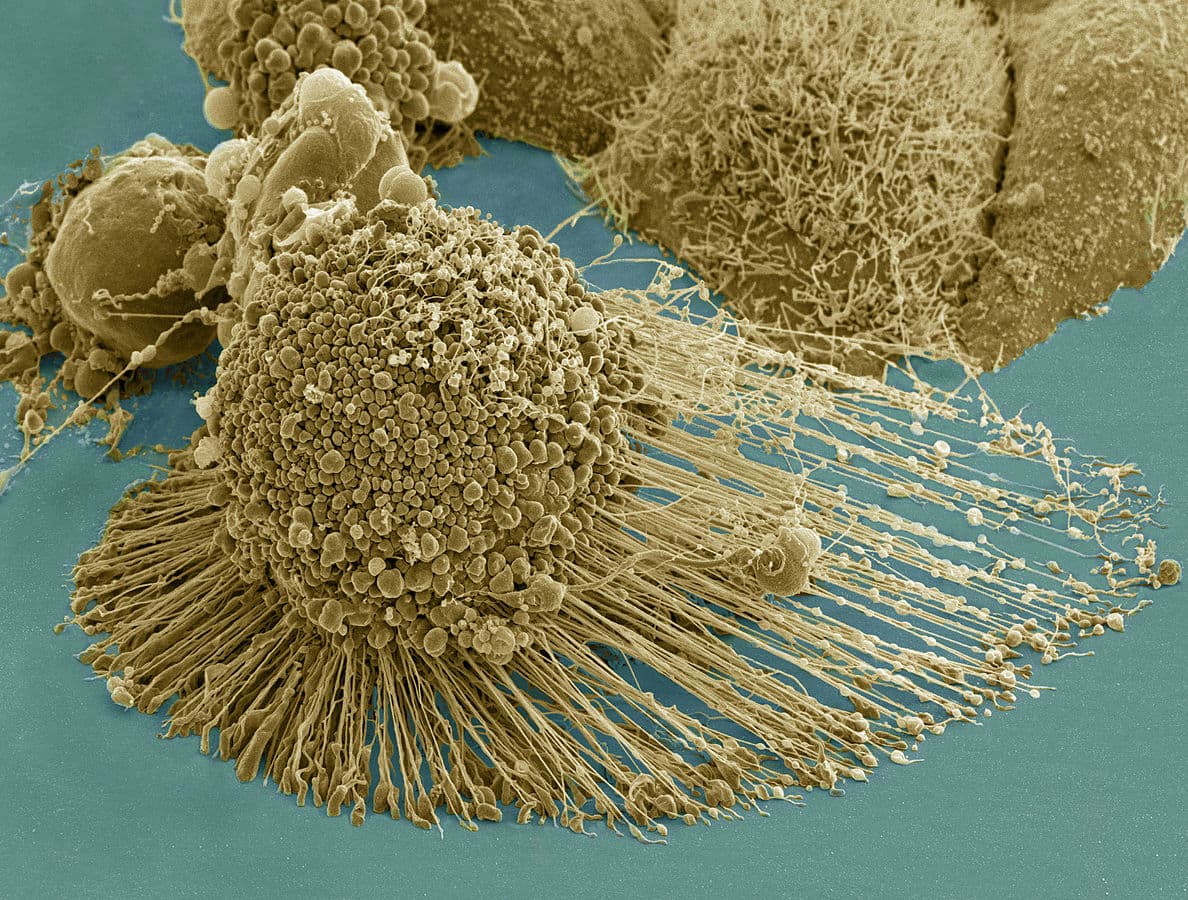 Researchers in Georgia have used laser-heated gold nanorods to disable the mechanism cancer cells use to spread to other sites in the body (a process called metastasis) — which is "the primary cause of cancer-related deaths," the researchers wrote in the study recently published in PNAS.

The gold rods inhibited this transportation mechanism in two ways. First, the rods were armed with molecules that attracted and trapped the cellular machinery that caused the overproduction of lamellipodia and filopodia. Second, the rods were heated with a low energy laser of infrared light. Moustafa Ali, first author on the study, said in an interview for a Georgia Tech press release, "the light was not absorbed by the cells, but the gold nanorods absorbed it, and as a result, they heated up and partially melted cancer cells they are connected with, mangling lamellipodia and filopodia.”

A Possible End to Cancer?

The new method has not been tested in humans yet, so many more studies must be done. But, if shown to be effective, it has the potential to help millions. The American cancer society predicts that, in 2017 alone, 1,688,780 new cancer cases will be diagnosed, and 600,920 people will die from the disease.

The gold nanorods the the most potential to help head, neck, breast, and skin cancer sufferers in particular, as the ideal depth for the laser to heat the nanorod is two to three centimeters (about an inch) beneath the skin's surface. It is an especially attractive option promising because it is less invasive than current treatments.

It would also not harm healthy cells, making it a preferable treatment to chemotherapy, which often kills cells without discrimination. It would have reduced risk for toxic side effects, and — due to its mildness — could likely be used repeatedly.

This is one of many promising cancer treatments on the horizon that could mark the end of the prevalence of the second biggest killer in the U.S. Recently, the FDA has fast-tracked testing of  Pembrolizumab (branded Keytruda), which significantly shrunk and stabilized tumors in 66 of 86 test patients. A new test, backed by Bill Gates and Jeff Bezos, has been discovered that has significant potential in diagnosing cancer. These all could be tools for extending human lifespan and reducing suffering in our world.