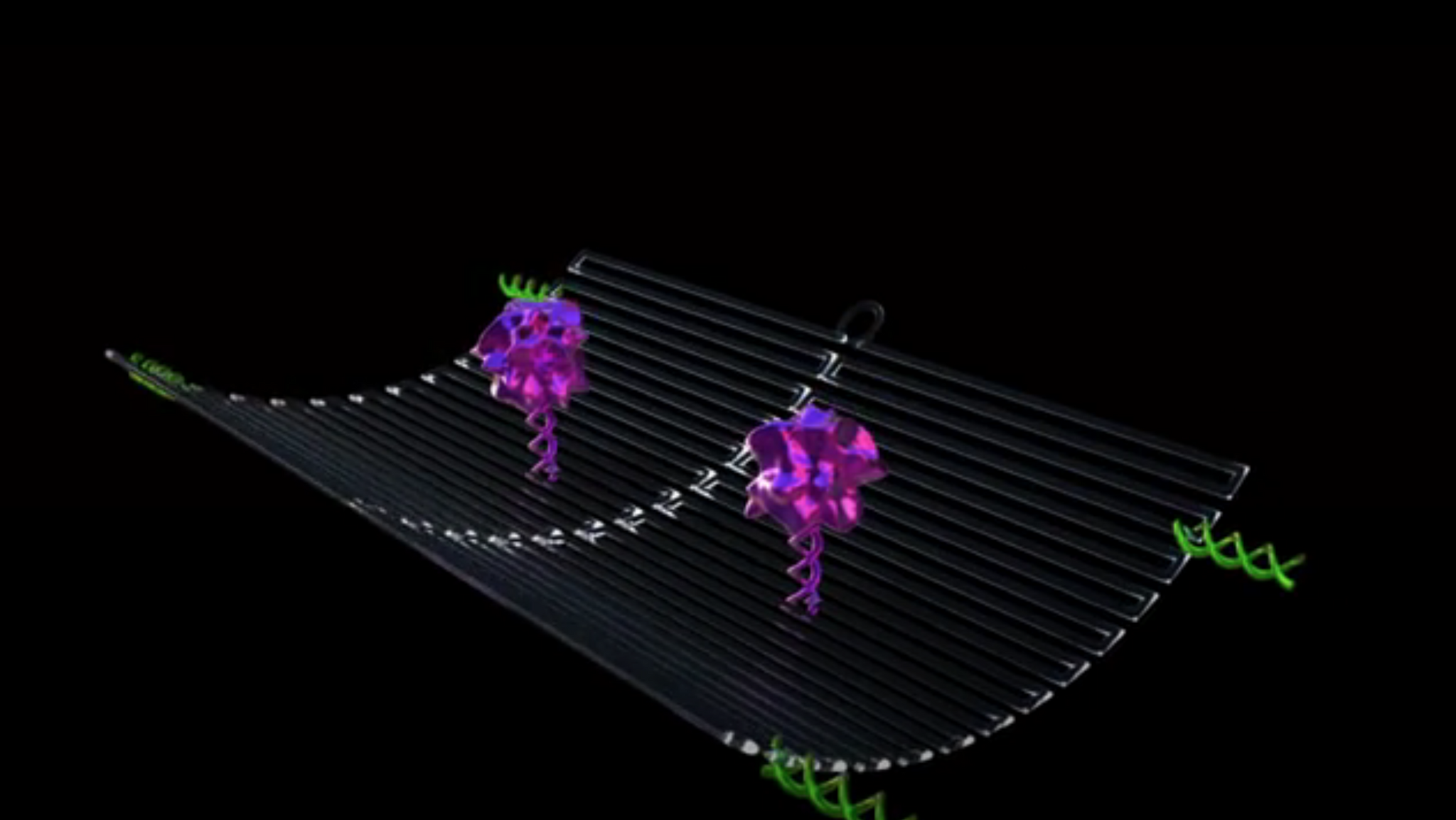 How to kill cancerous tumors is a problem that researchers around the globe are trying to solve, with limited success. Now, an international group of scientists is trying a new technique to destroy tumors — using nanobots to limit tumors' blood supply, effectively starving them out.

In a recent study published in Nature Biotechnology, scientists from Arizona State University (ASU) and the National Center for Nanoscience and Technology (NCNST), of the Chinese Academy of Sciences, demonstrated how effective these nanorobots were at addressing tumor growth. The mini robots were able to cut-off the blood supply to breast cancer, melanoma, ovarian and lung cancer tumors in mice. After just two weeks of treatment, the researchers reported that the tumor tissue was shrinking.

Hao Yan, director of the ASU Biodesign Institute's Center for Molecular Design and Biomimetics, explained in a press release, "We have developed the first fully autonomous, DNA robotic system for a very precise drug design and targeted cancer therapy." He continued, "Moreover, this technology is a strategy that can be used for many types of cancer, since all solid tumor-feeding blood vessels are essentially the same."

These robots were inspired by origami, the Japanese art of paper folding. This isn't the first origami-inspired technology. Origami has inspired everything from spacecraft to shields, and DNA origami — creating different shapes one thousand times smaller than a human hair using DNA strands — is an emerging field that could revolutionize drug delivery and treatment. Each of these tumor-targeting nanorobots is made up of a flat DNA origami sheet only 90 nanometers by 60 nanometers in size. The sheet is saddled with an enzyme that makes clots in the blood vessels that feed the tumor.

This new technology eliminates previous issues that scientists faced with trying to create tumor-killing nanorobots. Previous attempts were not as successful at destroying tumors without harming healthy tissues and cells. So instead of going directly after tumors, this research team simply sought to cut-off the tumors' blood supply. By "starving" the tumors, they can shrink and kill them without going on the offensive and potentially harming healthy cells in the process.

Not only do these robots starve the tumors, but they safely shrink them too. "These nanorobots can be programmed to transport molecular payloads and cause on-site tumor blood supply blockages, which can lead to tissue death and shrink the tumor," said Baoquan Ding, a professor at the NCNST, in the press release.

While the field of nanomedicine is growing, there are still many hurdles to cross before nanorobots are used in human clinical trials. But the results of this new study are promising — Yan and the research team are now hoping to pursue clinical testing. If they succeed, it would break new ground in the field. From treating tumors to delivering medicine to specific areas in the body, the future would look brighter with nanorobots in it.

2.02.18
Cancer "Vaccine" That Wipes out Tumors Ready for Human Trial
12.15.17
DNA That Folds Like Origami Has Applications for Drug-Delivering Nanobots
12.04.17
A New Treatment Fights Endometrial Cancer With Nanoparticles
9.06.17
Australian Scientists Have Developed a New Tool for Imaging Life at the Nanoscale
4.19.17
In the Future, Cells Reprogrammed Inside Our Bodies Will Fight Cancer for Us