Every year, roughly 6,000 women in the United States are diagnosed with type II endometrial cancer. 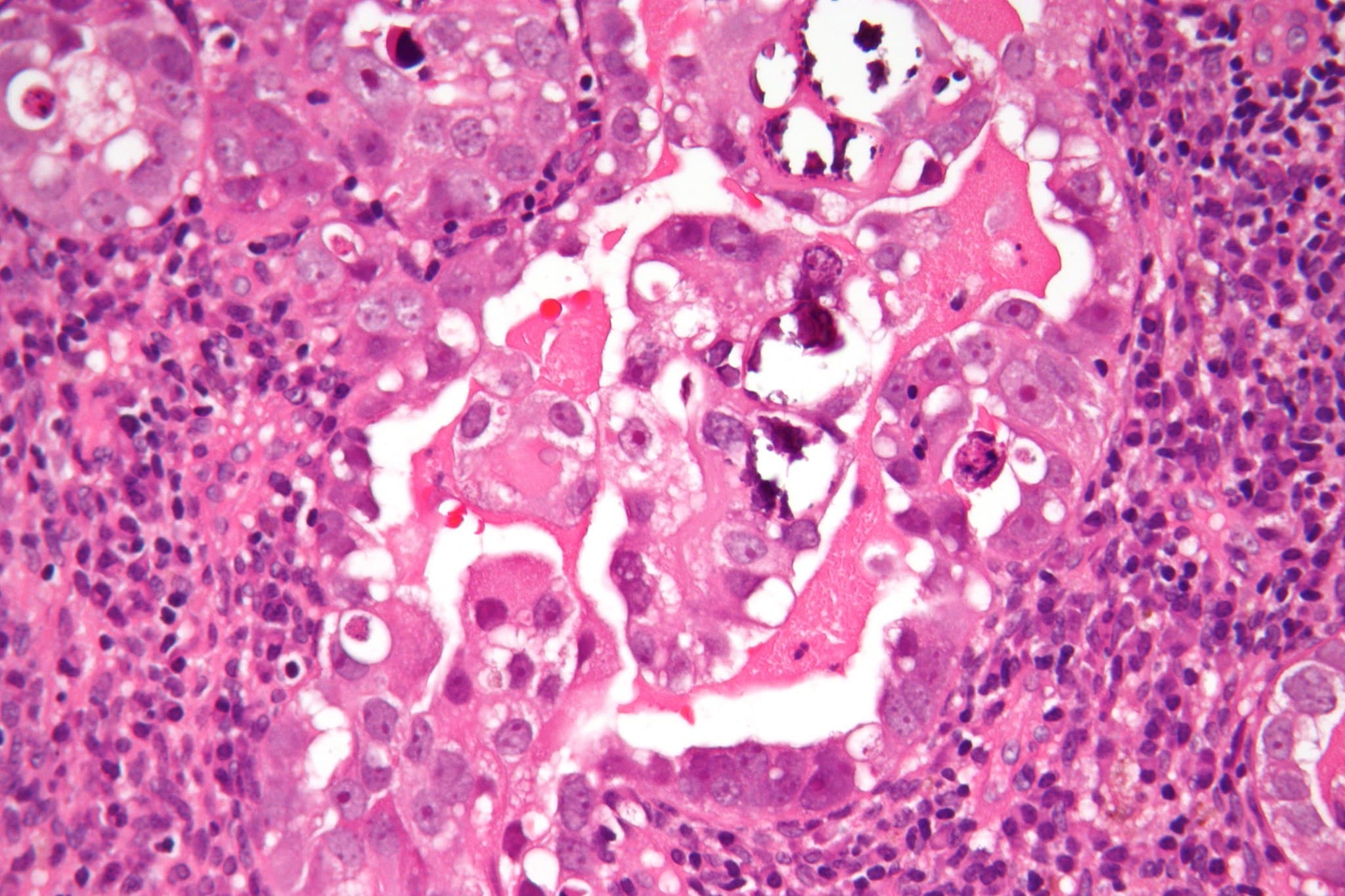 At the University of Iowa (UI) College of Pharmacy, researchers are working to improve treatment methods for a particularly aggressive form of endometrial cancer. This new research highlights a major first: researchers combined tumor-targeting nanoparticles loaded up with a fairly new cancer-fighting drug with traditional chemotherapy. Published in the journal Nature Nanotechnology, the research has been three years in the making.

The treatment combines two anti-cancer drugs: paclitaxel is a type of chemotherapy designed specifically to treat endometrial cancer. The second, nintedanib (BIBF 1120), is a relatively new drug used to restrict blood vessel growth in tumors. It was this drug that was added to the nanoparticles. In this particular study, nintedanib was used to target tumor cells with a specific mutation: loss of function p53, which has been found to interrupt the life cycle of tumor cells, making them more resistant to chemotherapy.

Kareem Ebeid, a UI pharmacy science graduate student and lead researcher on the study, said "Basically, we are taking advantage of the tumor cells' Achilles heel—the Loss of Function mutation—and then sweeping in and killing them with chemotherapy. We call this a synthetically lethal situation because we are creating the right conditions for massive cell death."

Every year, roughly 6,000 women in the United States are diagnosed with type II endometrial cancer. This often deadly form of cancer has traditionally been treated with chemotherapy and anti-cancer drugs that require the patient's entire body be exposed to treatments (and their potential side effects). By contrast, methods like the one developed by UI researchers target tumors specifically, leaving surrounding organs and tissues that are healthy untouched.

Ebeid said that "In this particular study, we took on one of the biggest challenges in cancer research, which is tumor targeting. And for the first time, we were able to combine two different tumor-targeting strategies and use them to defeat deadly type II endometrial cancer. We believe this treatment could be used to fight other cancers, as well."

This research is part of a growing effort to find creative solutions to fight against cancers. From cancer vaccines to glowing dyes, mysterious bacteria, and specialized nonimmune cells, cancer treatment innovations are around every corner. Hopefully, this new research will be a part of the growing movement to think outside of the box to save lives.