This Robot Scans Preschoolers’ Faces Daily for Signs of Sickness

It only needs three seconds to tell if a student is sick. 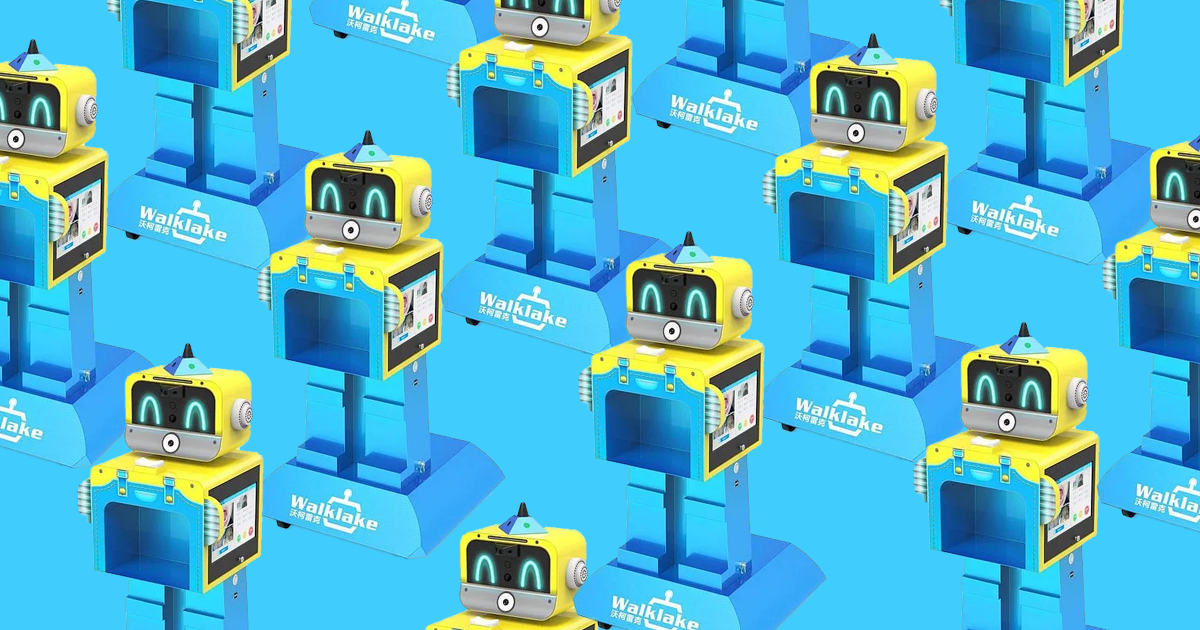 Every morning, children at more than 2,000 preschools in China start their days by facing off with a robot named Walklake.

The bot looks for signs of illness and alerts a teacher or school nurse if it notices that a child might be under the weather, according to a recent New Scientist story. It's then up to the human to decide whether or not to send the student home for the day — and experts are divided on whether Walklake is a boon for schools or a potential privacy nightmare.

Walklake uses an array of cameras and sensors to check each student's face and hands for signs of common ailments, such as a fever or irritated throat. The idea is that catching an illness early could prevent it from spreading throughout a school's population, and it only takes the robot about three seconds to check each student.

The boxy, brightly colored Walklake looks innocuous enough. However, Joanna Bryson, a computer science professor at the University of Bath, told New Scientist there's always the possibility that hackers could access the data collected by the healthcare robot.

Still, even she sees the benefits of Walklake in a school environment.

“The robots can be very appealing to kids," she told New Scientist, "and may make them willing to have their health checked every day."

2.22.19
Hospital Goes Out of Business, Pulls Medical Records Offline
2.07.19
Study Accuses China of Likely Stealing Organs From Prisoners
11.28.18
Amazon's Next AI Bet: Digitizing Medical Records
6.18.18
A Robot Just Operated On A Human Eye for the First Time
6.15.18
This Robot Is Here to Draw Your Blood