Scientists Gene-Hacked Yeast to Make THC Instead of Booze

All you have to do is feed it some sugar. 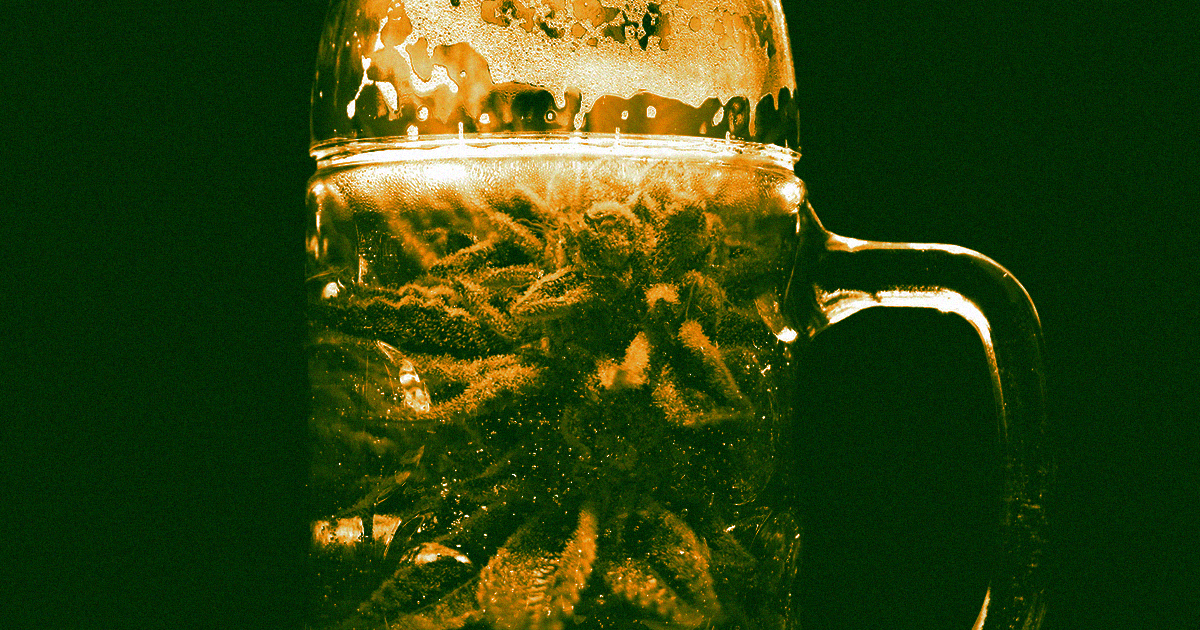 A team of researchers at UC Berkeley figured out a way to manufacture tetrahydrocannabinol (THC) and cannabidiol (CBD) — both products derived from the cannabis plant — from specially bioengineered yeast, according to Wired.

By injecting cannabis sativa plant genes into common brewer's yeast, which is the stuff that turns sugars into alcohol during the beermaking process, the yeast started spitting out cannabinoids as well, including THC — the psychoactive one — and CBD. In other words, the breakthrough could lead to beer that gets you high.

It could also be a big deal for the environment.

The process could even prove to be more reliable: "For the consumer, the benefits are high-quality, low-cost CBD and THC: you get exactly what you want from yeast," said Jay Keasling, a UC Berkeley professor, in a statement. "It is a safer, more environmentally friendly way to produce cannabinoids."

Enzymes inside the yeast first produce CBDA and THCA, which are precursors to CBD and THC, respectively. Once those substances are heated up, you've got CBD and THC — the same thing that happens when you light a joint or bake weed brownies.

The process is simpler than growing a plant, and could even allow for just producing CBD.

"Being able to produce that in a way that's uncontaminated with THC is a pretty valuable thing," said Keasling.

8.12.22 Neuroscience/Brain Science
Evidence Is Growing That LSD Improves Learning and Memory
"[Psychedelics] should be seen not just as medicine, but also as part of human life at large."
By Lonnie Lee Hood / Read More >>
8.12.22 Developments
The CDC's New COVID Guidelines Are Pretty Stupid Even by American Standards
"It appears that the Center for Disease has given up on Control and Prevention."
By Maggie Harrison / Read More >>
8.12.22 Devices
Experimental Synthetic Cornea Restores Vision for 20 Patients
"This opens up the procedure to many centers and rural areas that do not have eye banks."
By Noor Al-Sibai / Read More >>
Keep up.
Subscribe to our daily newsletter to keep in touch with the subjects shaping our future.
+Social+Newsletter
TopicsAbout UsContact Us
Copyright ©, Camden Media Inc All Rights Reserved. See our User Agreement, Privacy Policy and Data Use Policy. The material on this site may not be reproduced, distributed, transmitted, cached or otherwise used, except with prior written permission of Futurism. Fonts by Typekit and Monotype.