The Reasons This Year's Flu Season Has Been Devastating Are, Yes, Mostly Your Fault

This flu season has already claimed the lives of 53 children. 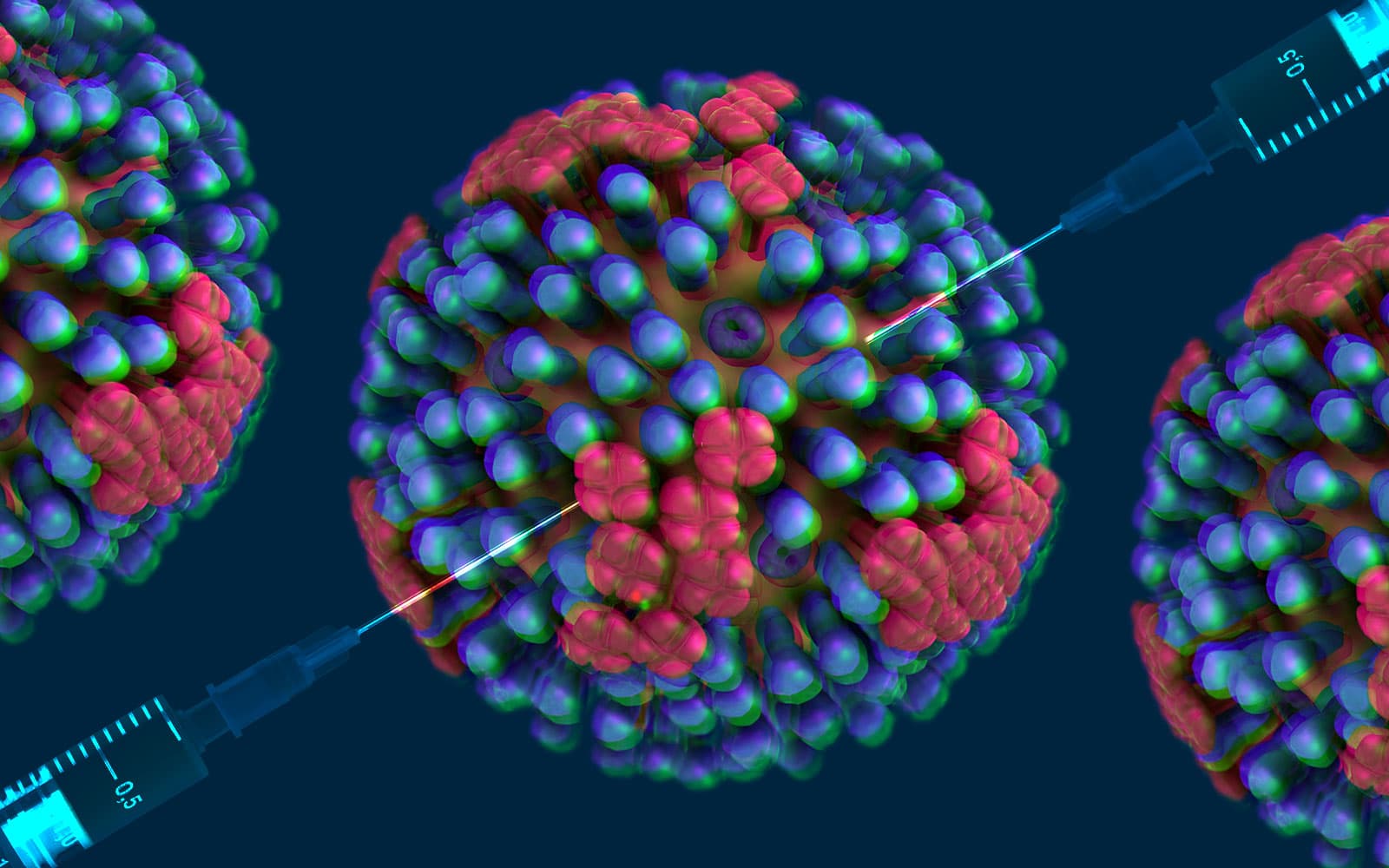 Whether you got a flu shot or not (or whether you have a strong opinion on flu shots, or not), the flu doesn't really care. Because thousands, every year, get sick with the flu. Sometimes, it just costs them a few days at work. Others get so sick that their lives are literally endangered. And so it goes, year after year: New flu vaccine, same flu debate, people sick regardless.

Normally, this affects a few thousand Americans per year. This year's flu season, though, is a real doozy. The flu's spread to 48 states and Puerto Rico, causing a record 14,676 hospitalizations, according to the Centers for Disease Control and Prevention (CDC).

It's logical to ask: What the heck happened? Why wasn't this country more prepared? And don't we make a flu vaccine to prevent this kind of thing?

Like all complex problems, the answer is just as multi-faceted as the questions you have to ask to find it.

Just a few reasons why this year's flu has been exceptionally virulent?

The Flu Strain Guessing Game: It's true that the U.S. Food and Drug Administration releases a flu vaccine to the public every year to try to head off the virus. Ideally, the vaccine contains a harmless form of the flu strain that's sickening people in the country already that year. But to be ready for flu season, manufacturers have to come up with these vaccines well before the season itself is underway. So anticipating the virus' mutation du jour becomes a glorified guessing game. Plus, the efficacy of the vaccine can depend on how easy it is to grow the thing in the lab. Even on a good year, when the vaccine matches the season's strains, the shot can only reduce people's risk of getting the flu by 40 to 60 percent. And we know that this year isn't a good one; this year's vaccine is only about 30 percent effective.

People Don't Get The Vaccine: Here's the thing about vaccines? For them to work, you actually have to get one. And to fight the flu, you have to get one every year. No matter how often advertisements remind people, or how inexpensive the shots are, or how easy it's made for patients to come in and get their jabs, flu shots are always a hard sell. In order for people to willingly go out and get poked in the arm for a disease they might not even contract, they generally have to be convinced the vaccine is safe and necessary. So far, the public health officials and doctors trying to convince patients to do so have mixed results at best.

People Convince Themselves They Shouldn't Get The Vaccine: People, you might've heard, are sometime irrational. For example, they're convinced that the flu shot will get them sick with the flu or worse. Spoiler alert: It doesn't. According to the New York Times, one flu patient told her doctor, “I heard you can get Alzheimer’s from it — that there’s mercury in it, and it goes to your brain," Just to be clear, here, there's no mercury in the vaccine, nor is there any recorded instance of someone getting Alzheimer's from a flu shot. We checked. A lot of people have checked.

Others believe that the dangers the flu presents simply don't apply to them. Gloria Copeland, a Texas evangelist and member of President Trump's faith advisory council, reportedly told her followers they didn't need to get the flu vaccine because "Jesus himself gave us the flu shot," she said. "We've already had our shot. He bore our sicknesses and carried our diseases. That's what we stand on." Most public health officials would disagree that the Jesus Flu Shot is sufficient protection during flu season, let alone a particularly bad one.

And When They Don't, They Compromise Herd Immunity. Epidemiology 101: The more people vaccinated against a disease, the harder it is for the germs to spread. This protects the people who haven't been vaccinated, especially those with compromised immune systems, such as the young, old, and infirm. More people have been vaccinated this year, but it's apparently not enough to achieve herd immunity, which means more people could get sick.

You know how you can help stop this flu season from getting worse? Get the shot. Just do it. Yes, it's not perfect, but even a semi-functional vaccine is better than none. Here, we'll even help get you started. All of us in the herd thank you.

4.27.18
Bill Gates Just Announced a $12 Million Contest for a Universal Flu Vaccine
2.13.18
New Pill Kills the Flu Virus in 24 Hours
2.11.18
Researchers Claim Special Form of UV Light Can Safely Kill Flu Viruses
1.25.18
Having the Flu Increases Your Chance of Having a Heart Attack
1.25.18
Universal Vaccines Are the Future of Medicine