There goes our sweet tooth! 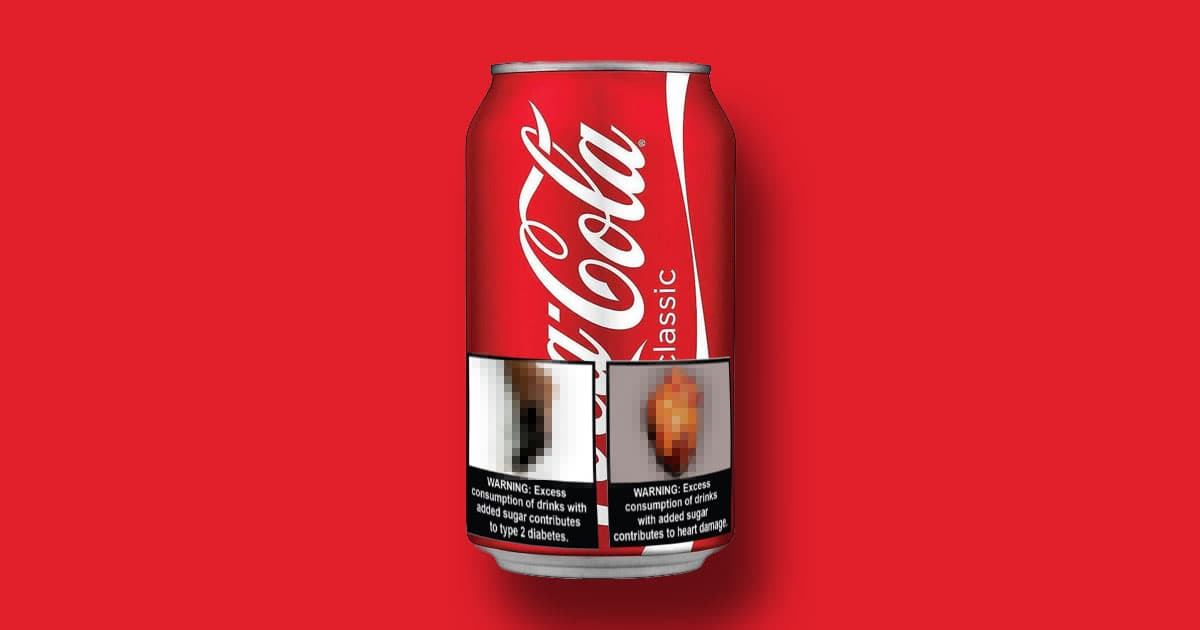 Would photos of a rotten, blackened foot or a diseased heart make you think twice about buying a sugary soda if you knew the two were correlated? How about for your kid?

Scientists from Harvard and the University of North Carolina put that idea to the test by asking parents to choose snack items for their kids in a study published this week in PLOS Medicine. Some of the group browsed a curated store decorated with warning images about diabetes, heart disease and increased risk from drinking too much sugar, while others only a barcode. And, you guessed it: parents who saw the warning images bought fewer sodas for their kids than the group that didn't.

"Pictorial warnings reduced parents’ purchases of sugary drinks for their children," the study's authors concluded about the posters below, which viscerally depict symptoms of diabetes and heart damage. "Warnings on sugary drinks are a promising policy approach to reduce sugary drink purchasing in the US."

The photos seemed to be effective, but they're admittedly a little haunting. To provide some context for the rotten feet and diseased hearts, the study's authors recalled a historical example you may remember: the tobacco industry.

If the researchers are taking cues from regulation of the tobacco industry, they're probably on the right track. In January this year, the American Cancer Society reported a drastic reduction in deaths in the US from cancer, greatly impacted because of a drop in cigarette usage and because lung cancer is being diagnosed earlier. New Zealand also announced a plan to ban all cigarettes for people born after 2008 last year, further pushing the envelope of how public health policy can be leveraged against tobacco.

These measures are important, according to some studies, because for decades the tobacco industry ignored emerging science and used clever marketing techniques to get Americans to buy more cigarettes.

And like cigarettes, too much sugar comes with well established health risks. According to the study's authors, children in the US consume more than the recommended levels of sugary drinks, increasing their risk of a variety of chronic diseases like type 2 diabetes and heart disease. While it's tough to think kids might see those scary images, parents can and should be able to handle the truth in order to protect their kids, just like they did when images of ruined, blackened lungs help reduce smoking habits.

The biggest obstacle to massive changes in how much sugar we consume, though, may be the US government itself. Unlike some tobacco products, the US sugar industry is heavily subsidized by the government. The government doesn't subsidize, say, healthy leafy greens — so many consumers find it cheaper and more accessible to purchase processed and sugary foods.

If stores start putting up warning images about sugary drinks it might make a difference for kids at a young age when they need it most, but the next item on the agenda has to be addressing the way our government makes healthy foods so hard to purchase.