The ship just docked in Oakland, with at least 21 confirmed cases of COVID-19 on board. 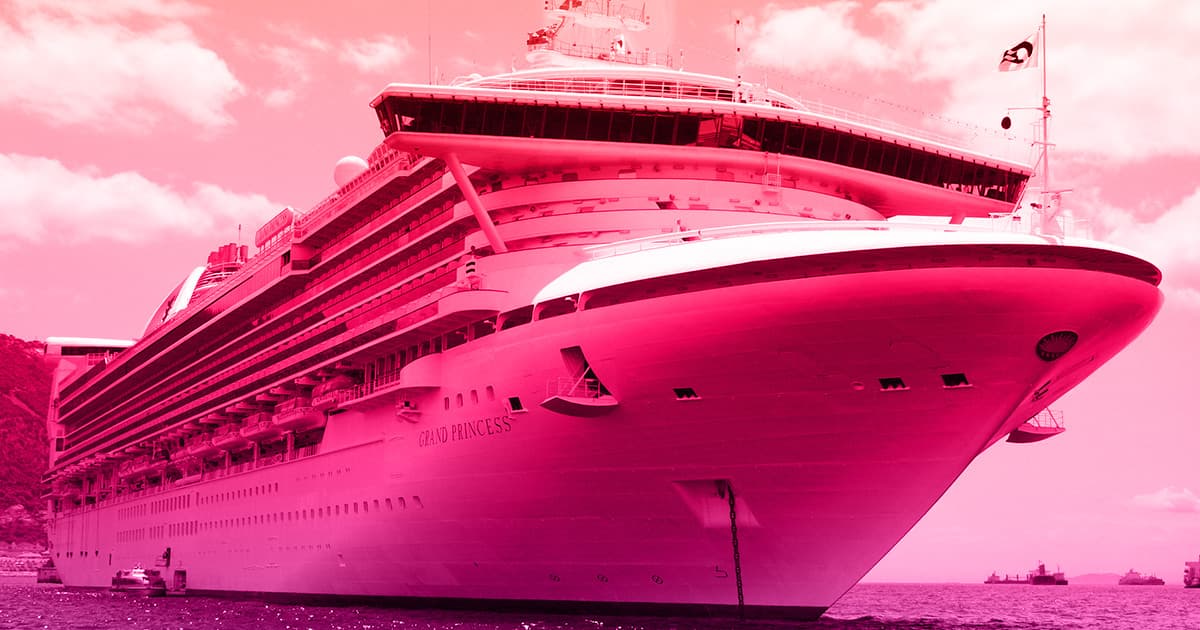 The cruise ship industry is going through a bit of a PR crisis, courtesy of the coronavirus outbreak. Thousands of passengers have had to be quarantined for weeks on end, trapped inside tight quarters on board a number of ships.

Now, it sounds like a number of quarantined passengers have — understandably — caught a bad case of cabin fever (pun intended), with food getting tight while the number of infected on board keeps rising.

"The food is rotten and terrible and we have to fight for it," Margaret Bartlett, a 77-year-old British woman on board the Grand Princess, told the BBC. "It is not good enough."

Making matters worse, Bartlett is trapped inside her cabin, which has no balcony.

"We are going stir crazy stuck in the cabin," Bartlett added. "It is a bit depressing when we saw land and it was sunny and we couldn't get out."

There are 3,500 passengers and crew on board the Grand Princess. The massive cruise ship remained about 25 miles off the coast of San Francisco as officials raced to figure out what to do with the guests on board.

It finally docked earlier today at the Port of Oakland.

At least 21 people have tested positive on board the ship, according to CNN. Getting them off will be a lengthy affair and will take multiple days, according to the ship's operator.

Governments are preparing to send hundreds of passengers home while minimizing the spread of the deadly virus. Even after weeks of being trapped on board a cruise ship, what will await them won't be much better: screening and another lengthy 14-day quarantine.

More on the virus: Here’s How Bad the U.S. Coronavirus Testing Crisis Really Is

9.20.22 Developments
Biden Really Screwed Up When He Said the "Pandemic Is Over"
8.12.22 Developments
The CDC's New COVID Guidelines Are Pretty Stupid Even by American Standards
8.07.22 Rx/Medicines
Hundreds May Have Polio, New York Health Officials Say
7.21.22 Developments
White House Says President Joe Biden Has COVID
7.11.22 Developments
Trump Admits That He Can't Mention the COVID Vaccine in Front of His Followers