Passenger Jets May Get Blasted by Dangerous Radiation, Scientists Warn

You apparently don't need to leave the planet to experience dangerous cosmic radiation. 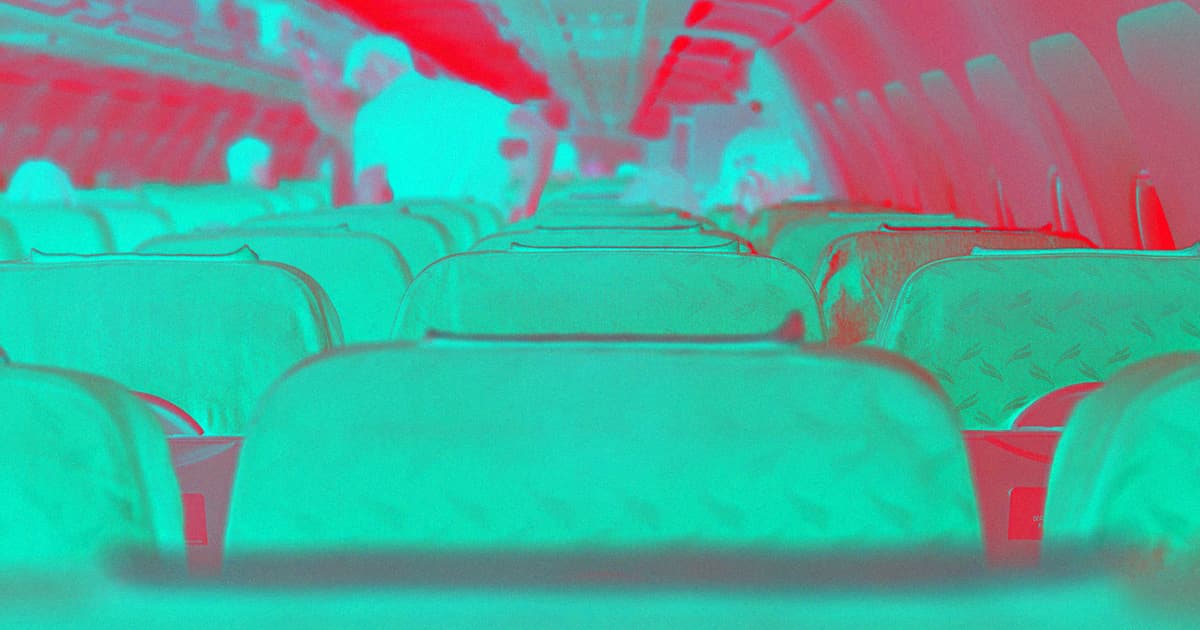 It turns out that traveling in a passenger airplane could expose you to dangerous levels of cosmic radiation — under specific circumstances.

A team of scientists from the University of Toulouse modeled existing flight plans and found that they would be exposed to the cosmic rays given off by particularly severe radiation storms, according to a research summary in Eos. The research shows that, given the right conditions, violent space weather could put actual people at risk without them needing to leave the planet — or, at least, without traveling too far above its surface.

It's worth clarifying that this doesn't mean air travel is dangerous on a regular day. The study was more focused on extreme events than everyday risk.

The scientists studied the possible impacts of two specific radiation storms that likely happened in the years 774 and 993, and built models of how they may have impacted Earth based on the behavior of a less severe storm from 2005, according to the paper they published in the journal Space Weather. During an event as severe as those two historic storms, it seems that passengers on transatlantic flights could be exposed to dangerous levels of cosmic rays.

A typical New York-to-Los Angeles flight only exposes a person to about 20 to 50 percent of the radiation given off by a typical X-ray scan, according to Live Science. You safely absorb radiation every day, though traveling at higher altitudes does expose you to higher levels of radiation simply because there's less of a chance for the atmosphere to block it before it reaches you. But without a major space weather event, the added exposure from air travel is all but imperceptible.

The two researchers behind the paper suggest that their study should be taken into consideration as the aerospace industry designs new planes, in order to protect both crewmembers and passengers as well as hardware and electronics that might get damaged if exposed to radiation. As Eos put it, this study shines light onto a "rare, but important, space weather risk."