A Scary Parasite Is Spreading From Dogs to Humans

It's establishing itself in North America. 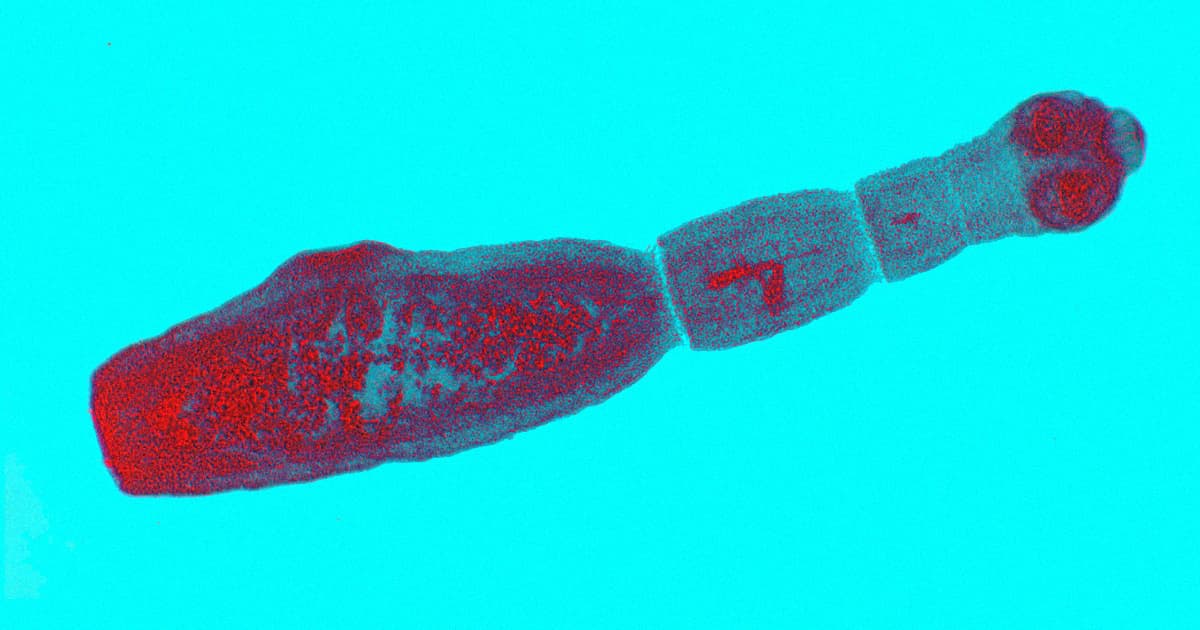 A parasite that can jump to humans from dogs has spread to Canada, experts warn.

According to recent research, a cancer-like parasitic disease caused by tapeworms was identified in patients in the Canadian province of Alberta, Gizmodo reports.

The researchers believe the parasite was brought over by dogs from Europe and is now making its presence felt in North America.

"Alberta is clearly the hot spot," Stan Houston, an infectious diseases expert at the University of Alberta and lead author of a paper on the outbreak published in the American Journal of Tropical Medicine and Hygiene in March, told the CBC. "There could be a number of people out there in the community incubating the disease that we haven't found yet but time will tell."

"COVID has reminded us that diseases stemming from animals are potentially very important and that we should be paying attention," Houston added. "I am very concerned that we might see the surge continue to increase again."

By ingesting microscopic eggs of the tapeworm Echinococcus multilocularis through contaminated food, humans can develop liver cancer-like symptoms, a process that can take years. Other symptoms include weakness, abdominal pain and weight loss.

The fact that it can take five to 15 years to develop symptoms means the disease can often fly under the radar.

According to the new paper, a new strain of the parasite that's more capable of spreading and making humans sick has now established itself in Canada.

"Seventeen cases of human AE, aged 19–78 years, nine females, were diagnosed between 2013 and 2020: all definitely or probably acquired in Alberta," Houston and his colleagues wrote in the paper.

"It is unequivocally new as a human disease in the western hemisphere," Houston told Gizmodo in an email. "The explanation very clearly seems to be the introduction of the more virulent European strain of the parasite into our wildlife ecology."

Fortunately, human AE is exceedingly rare. But it only recently became endemic to North America, as Gizmodo points out. A majority of the roughly 18,000 cases a year globally occurred in China, according to a 2019 study.

There are easy ways to ensure you don't get infected. Good hygiene, including the washing of hands after contact with dogs, particularly those in rural areas, can lower the risk of infection.

5.12.22
It's Surprisingly Likely That You Have a Nasty Parasite in Your Eyeball
5.02.22 Mental Health
Can Cats Infect You With a Psychosis-Inducing Brain Parasite? The Answer Is Complicated
4.25.22 Studies
Doctors Alarmed by Man with Worms Visibly Slithering under His Skin
9.25.21 Developments
Man Punches Nurse for Giving His Wife the COVID Vaccine "Without His Consent"
5.21.21 Studies
Scientists Say a New Coronavirus Jumped From Dogs to Humans