Neuroscientists: This Is How Shrooms Break Down Your Sense of Self

This could explain the difference between a good trip and a bad trip. 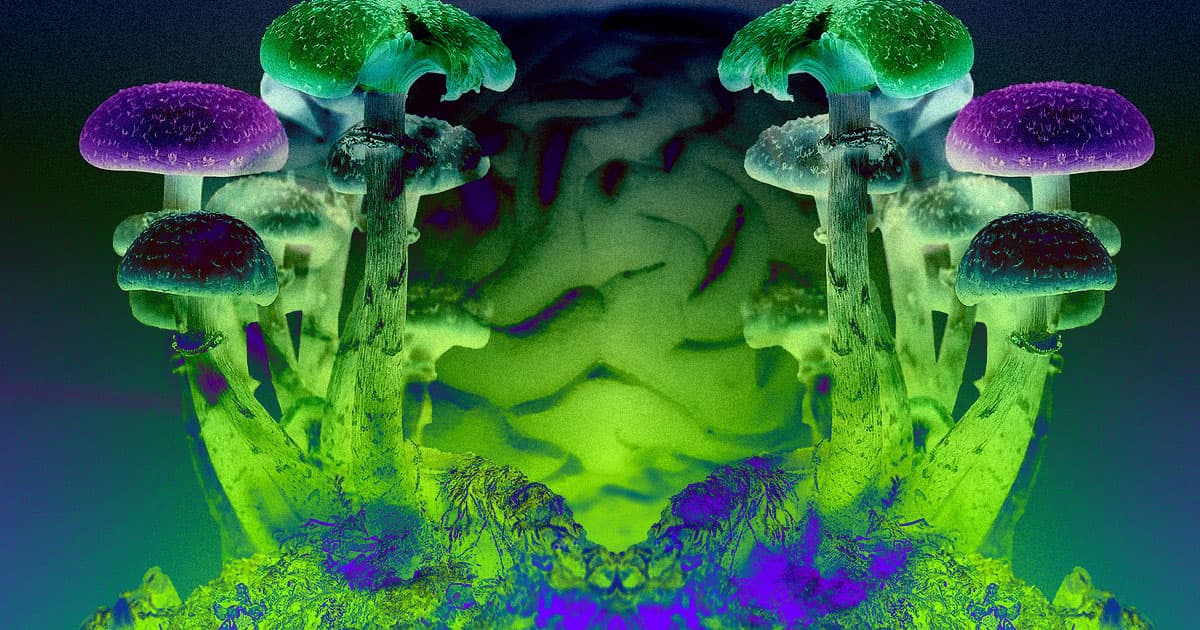 Many people who take psychedelic drugs like shrooms or LSD describe one aspect of the experience as a "compromised self of 'self,'" or a breaking down of the familiar feeling of a boundary between yourself and the universe. It can be a moment of profound breakthrough, or a horrible experience — a "bad trip" — that turns you off the substance forever.

Now, neuroscientists from the Netherlands' Maastricht University think they've uncovered how psilocybin, the active chemical in shrooms, causes that mind-bending sensation that researchers call "ego dissolution" — findings they say could help explain the growing evidence for the therapeutic effects of psychedelic drugs.

Brain scans of subjects dosed with psilocybin, according to research published Saturday in the journal Neuropsychopharmacology, reveal that the effect is related to a neurotransmitter called glutamate. In the brain, glutamate acts as a sort of "on switch" in that it helps propagate neural signals traveling across brain cells — and altering how much reaches different areas of the brain, the findings suggest, appear to trigger profound changes in perception.

Put plainly, the study reveals a bizarre fact about our consciousness: altering one biomolecule in our brains can profoundly alter our subjective ability to perceive ourselves and how we experience the world.

That's striking, because colloquially speaking, those findings could point to the neurological difference between a "good trip" and a "bad trip."

While scientists have long suspected that glutamate played a key role in psilocybin's impact on the brain, this study was the first double-blinded, placebo-controlled experiment to be conducted on human participants that confirmed and further probed that hunch.

Magic mushrooms remain illegal in the vast majority of countries around the world, but in recent years a number of clinical studies in countries where it's legal, like the Netherlands and Jamaica, have started to probe the drug for medicinal benefits.

Doctors have found evidence that psilocybin could help treat conditions ranging from anorexia to clinical depression and anxiety — and these first-ever human brain scans could help them understand why, at a biological level, that is.

More on psilocybin: This Startup Is Building a Huge Magic Mushroom Farm in Jamaica