A Mysterious Brain Disease Is Spreading in Canada

The symptoms can be devastating. 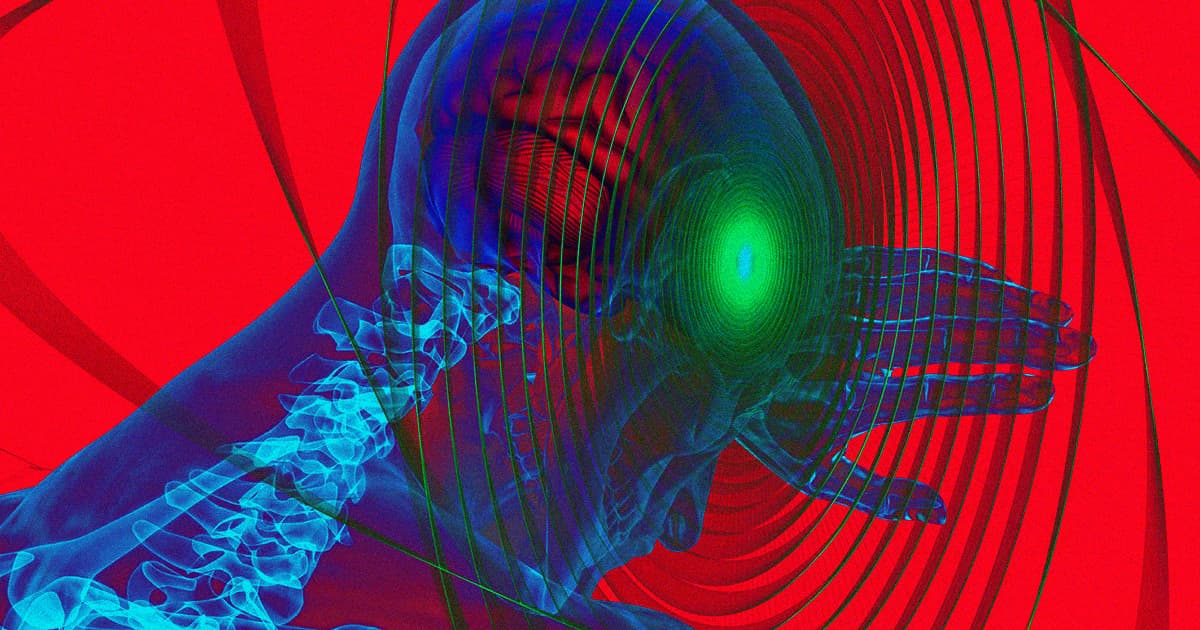 The Canadian province of New Brunswick is tracking 48 cases of a mysterious new brain disease that has neurobiologists stumped, the BBC reports.

The patients, with ages ranging from 18 to 85, started experiencing a variety of symptoms including aggression, anxiety, depression, muscle aches, and spasms. Some patients developed insomnia, language impairment, and even rapid weight loss and muscle atrophy.

Several patients even experienced hallucinations, including transient "Capgras delusion," a psychiatric disorder in which a patient starts believing that a close friend or family member was replaced by an impostor.

Roger Ellis, a man in his early 60s born and raised in New Brunswick's Acadian peninsula, the area where many of the 48 cases occurred, experienced many of these symptoms.

"He had delusions, hallucinations, weight loss, aggression, repetitive speech," Ellis' son Steve told the BBC. "At one point he couldn't even walk. So in the span of three months we were being brought to a hospital to tell us they believed he was dying — but no one knew why."

At first, Ellis' doctors suspected it was a case of Creutzfeldt-Jakob disease (CJD), a fatal and rare degenerative brain disorder. But Ellis' tests came back negative, along with countless other tests.

"Our first common idea is that there's a toxic element acquired in the environment of this patient that triggers the degenerative changes," Ellis' doctor Alier Marrero told the British broadcaster.

Doctors are also not ruling out a connection to exposure to an "excitotoxin" like domoic acid, which caused several food poisoning incidents in 1987 in the neighboring province of Prince Edward Island.

"We have to go back to first principles, go back to square one," University of British Columbia neurologist Neil Cashman told the BBC. "At this point basically nothing can be excluded."

More on brain diseases: A Third of COVID Patients Are Diagnosed With “Brain Disease”

5.23.22 Developments
Monkeypox Is Spreading Through Sex, WHO Disease Specialist Says
"What seems to be happening now is that it has got into the population as a sexual form, as a genital form..."
By Victor Tangermann / Read More >>
5.22.22 Developments
Joe Biden is Worried About Monkeypox
"It would be consequential."
By Lonnie Lee Hood / Read More >>
5.20.22 Devices
Lawsuit Claims Apple AirPods Ruptured a Child's Eardrums
A grim claim!
By Lonnie Lee Hood / Read More >>
Keep up.
Subscribe to our daily newsletter to keep in touch with the subjects shaping our future.
+Social+Newsletter
TopicsAbout UsContact Us
Copyright ©, Camden Media Inc All Rights Reserved. See our User Agreement, Privacy Policy and Data Use Policy. The material on this site may not be reproduced, distributed, transmitted, cached or otherwise used, except with prior written permission of Futurism. Fonts by Typekit and Monotype.