There are "serious problems" with this dude's work, one expert said. 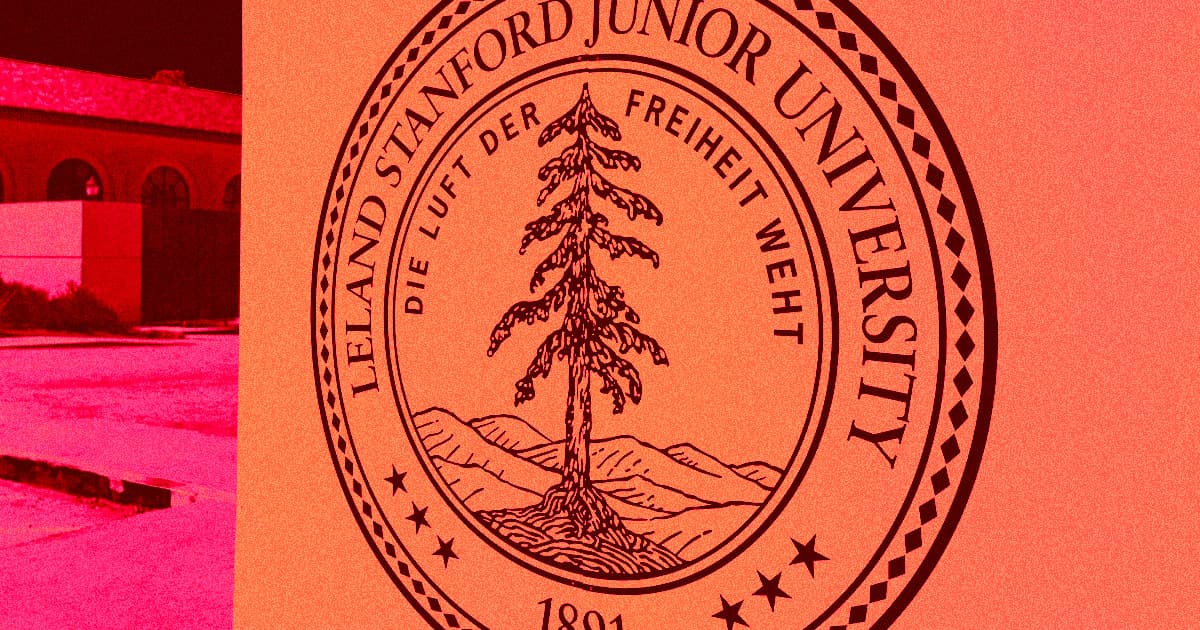 Image by Smith Collection and Gado via Getty / Futurism
Developments

Stanford University is circling the wagons around its president after student journalists uncovered serious allegations of scientific misconduct in academic papers he'd published.

As the young journalists reported in The Stanford Daily, university president Marc Tessier-Levigne is currently under investigation by the school's board of directors over the alleged manipulation of slides in neurobiology research papers he published in the top-tier journals Science and Nature.

Tessier-Levigne was, as the Daily notes, the first person to identify the molecules that guide axons, the tail-like structure on neurons that moves nerve impulses from one cell to another in research conducted in the 1990s. As such, the celebrated neurobiologist's reputation is as a giant of the industry, and prior to becoming Stanford's president in 2016 he was the director of the biotech company Regeneron, on the board of which he still sits.

The allegations at the heart of the student investigation stem from years of claims on PubPeer, an anonymous post-peer review site where academics can critique each others' work after it's published.

Specifically, Tessier-Levigne has been accused of manipulating blots in neurobiology papers going back to 2001 — and as scientific misconduct expert and trained biologist Elizabeth Bik told the student paper, the manipulation seems glaringly obvious.

"The photoshopping was done intentionally, there’s no way around it," Bik, who reviewed several of the allegedly manipulated images, told the Daily.

While the school has, as confirmed by the Chronicle of Higher Education, opened an investigation into Tessier-Levigne, it's nonetheless affecting a defensive posture regarding the allegations.

The president was, as a spokesperson told the student paper, "not involved in any way in the generation or presentation of the panels" used in two of the four purportedly affected papers — including one that's currently under review by The European Molecular Biology Organization Journal. The school added that in the case of the other two, the alleged manipulation does not "affect the data, results or interpretation of the papers."

Beyond the four main papers at the center of the claims, Bik noted that there are at least three others that have "serious problems," and that the school's response has been disheartening.

"There appear to be a lot of visible errors in these papers, and some duplications are suggestive [of] an intention to mislead," she told the Daily. "Dismissing these as not affecting the data is not very reassuring. The reader might wonder how many non-visible errors might be present in other parts of the data."

While it's hard to know now how or if Stanford will handle these allegations against its president, the school's official line so far is far from confidence-inspiring — but power to the student journalists for uncovering them.

Image by Smith Collection and Gado via Getty / Futurism