According to the researchers, microplastics exposure is "inevitable." 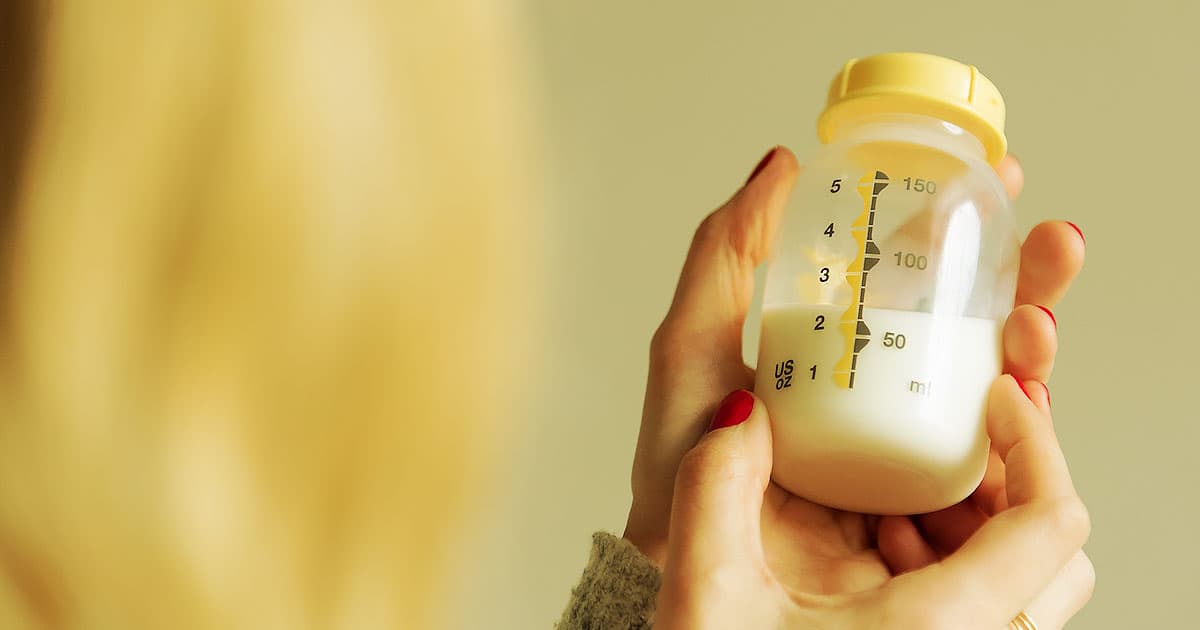 For the first time, microplastics have been discovered in human breastmilk, and as The Guardian reports, experts are concerned about the potential implications for infant health, if there are any.

In a new study published in the journal Polymers, a team of Italian scientists analyzed breastmilk samples — all taken at exactly one week after giving birth — from 34 healthy mothers, for the presence of microplastics.

In a troubling turn, microplastics were found in 75 percent of them, the latest discovery in a long, disturbing string of microplastic revelations. And while this is a fairly tiny sample size, these results are more than compelling.

Given that these tiny plastic particles have been found anywhere from human lung tissue and blood to the furthest reaches of the South Pole, this discovery isn't terribly surprising.

As the researchers are careful to note, they found no correlation between lifestyle choices and the prevalence of any milk-borne plastics — a discovery that, as they explained to the Guardian, confirms the notion that human exposure is "inevitable."

This also hasn't been the first microplastics discovery specifically related to the health of human babies and mothers. The same team of researchers confirmed in 2020 that the particles have made their way into human placentas, while babies have been shown to be born with microplastics already inside of them.

While we still aren't entirely sure of the exact health implications, the research is nonetheless concerning, as babies are particularly vulnerable to chemical toxins and exposure.

Importantly, the researchers don't want their research to dissuade mothers from breastfeeding. Besides, bottled formulas have also been found to contain very high microplastic counts.

"It will be crucial to assess ways to reduce exposure to these contaminants during pregnancy and lactation," Valentina Notarstefano, study co-author and environmental science researcher at Università Politecnica delle Marche in Italy, told the Guardian. "But it must be stressed that the advantages of breastfeeding are much greater than the disadvantages caused by the presence of polluting microplastics."

In the meantime, the researchers suggest that pregnant mothers do their best to avoid plastics and other synthetics wherever possible. Although it's worth noting that both the ability to breastfeed and the ability to avoid certain products are often inaccessible.

"Studies like ours must not reduce breastfeeding of children," Notarstefano added, "but instead raise public awareness to pressure politicians to promote laws that reduce pollution."

The real-life implications of the study are still muddy. We've still hardly scratched the surface of understanding the prevalence of microplastics, let alone their associated risks.

"As yet, there is no knowledge about the possible impact of microplastics and related contaminants on the suckling infant," Professor Dick Vethaak, a researcher at Vrije Universiteit Amsterdam, told the Guardian. "Therefore, there is an urgent need for more studies because early life stages, newborns, and young children seem more susceptible to chemical and particle exposure."

"This," he added, "should be a health research priority."