Susceptible to Heart Disease? Gene Editing Could Change That

A new treatment could help us eliminate the cause of 1 in 4 deaths in the U.S. 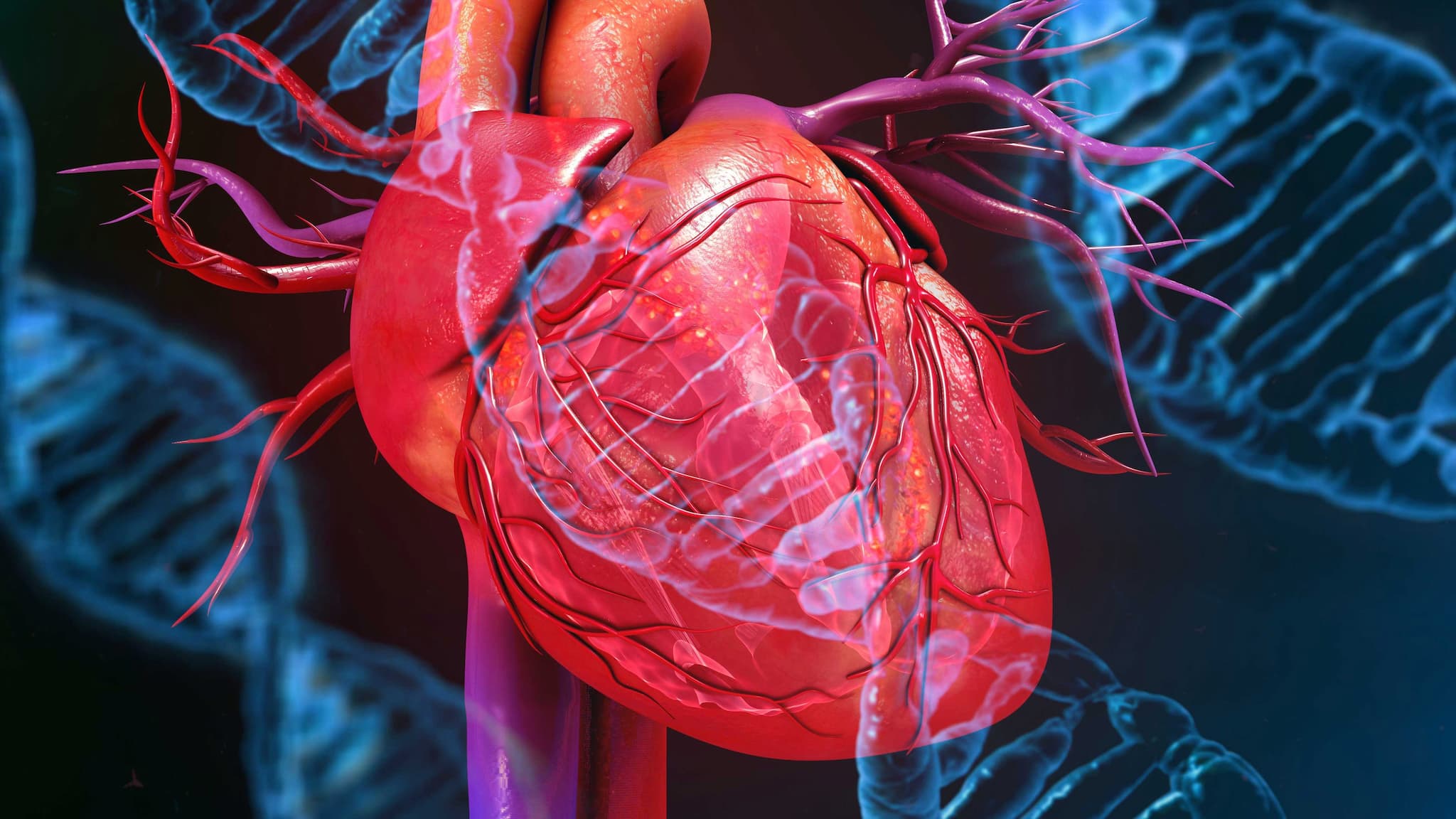 According to the Centers for Disease Control and Prevention (CDC), heart disease causes one in every four deaths in the United States. In fact, it's the nation's leading cause of death, and every year, more than 700,000 people in the U.S. have a heart attack.

A person's lifetime risk of developing heart disease depends on many factors. Several are related to lifestyle, so if a person is at a high-risk of developing heart disease, their doctor might recommend they get more exercise, improve their eating habits, or quit smoking. Other risk factors aren't so easily altered - namely, a person's genes - but as a new study has shown, that might change in the age of gene editing.

Some people have a naturally occurring mutation in a gene called ANGPTL3, which plays a role in the regulation of fats in our blood called triglycerides. Having too many triglycerides increases our risk of developing heart disease, so doctors usually recommend patients change their diets or take medications to lower these levels.

However, the ANGPTL3 mutation seems to lower the person's risk of developing cardiovascular disease without causing any harmful side effects. Now, researchers from the University of Pennsylvania have tested a gene-editing technique inspired by these people who lucked out in the genetic lottery.

For their study, which was published in the journal Circulation, the team used a CRISPR-like technique called base editing. First, they injected healthy mice with the base-editing treatment to modify the ANGPTL3 gene. Then, they compared the animals' blood fat levels with those of untreated mice. The levels of the treated mice were up to 30 percent lower than those of the mice that hadn't been treated.

Next, the researchers set out to determine if their treatment could help patients with a rare inherited disorder called homozygous familial hypercholesterolemia. These patients have very few effective options for treatments and carry a severe risk of heart disease as a result. If doctors could forcibly lower their triglyceride levels by "turning off" a gene, it could be life-saving.

To test this possibility, the team created a mouse model of homozygous familial hypercholesterolemia. After two weeks, the mice given the base-editing treatment showed substantially reduced triglycerides - up to 56 percent - over the mice that weren't treated. The modified gene appeared to help treat the rare condition.

For the time being, researchers have only tested the treatment in mice, but these initial results are encouraging. If researchers can find a way to make it work in humans, the technique could potentially help patients whose triglyceride levels aren't responding to lifestyle changes and medication, as well as those with homozygous familial hypercholesterolemia.

The team is now preparing for the next step toward human trials, which will involve injecting human liver cells into mice in order to test the treatment's effectiveness and safety on human ANGPTL3 genes. If all goes well, the team could move ahead with clinical trials. According to a press release statement by the study's lead author, Kiran Musunuru, patients with homozygous familial hypercholesterolemia could be just five years away from "a one-time CRISPR 'vaccination'."