Fourteen young folks were hospitalized in Wisconsin and Illinois. 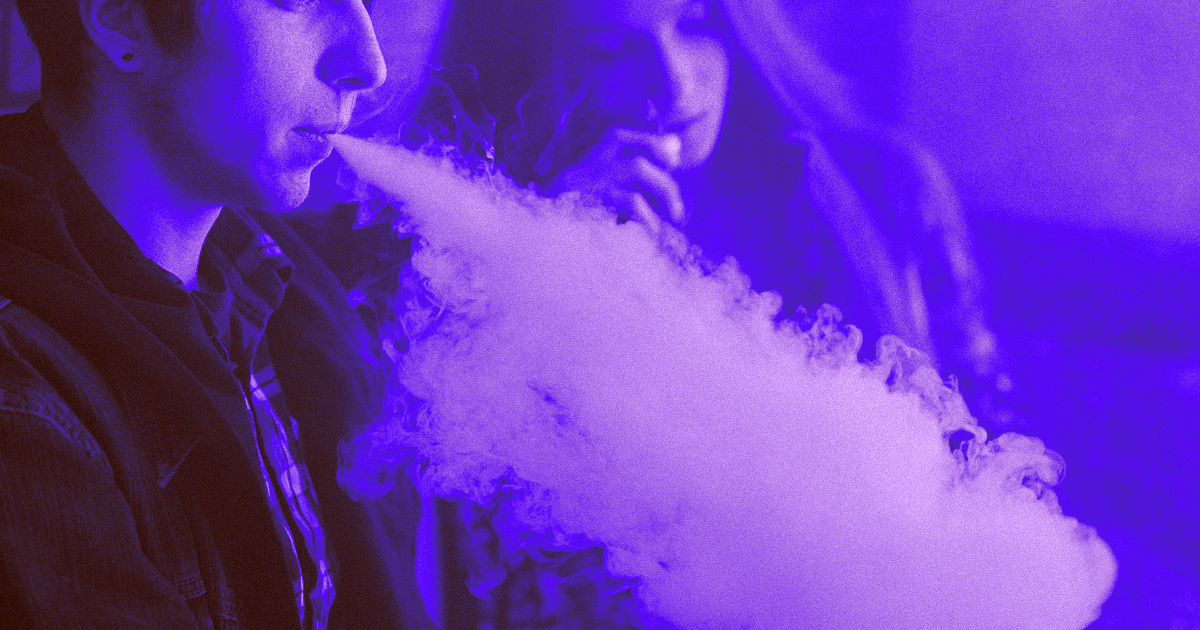 Big news today: inhaling particulate matter is bad for you.

That's been a well-accepted medical fact for decades now — smoking kills, right? — but the debate over the merits and dangers of vaping somehow continue on.

But now 14 teens and young adults in Wisconsin have been hospitalized for vaping-related breathing problems, according to CNN. It's troubling news for e-cigarettes, which are usually painted in a more positive light due to meme-able vape clouds and questionable claims that they helping people quit smoking.

The health departments of Wisconsin and Illinois announced Friday that the group of teens and young adults were hospitalized for severe lung disease and breathing problems due to their vaping habits. The Wisconsin Department of Health Services reported 11 cases over the last month, per CNN, with three more involving young folks with "severe breathing problems."

The cases stand out because doctors determined that none of the vaping teens had preexisting health problems — meaning that vaping seemingly caused their lung woes.

The 11 patients in Wisconsin were "otherwise normally healthy, and they were coming in with severe respiratory illnesses, and in some cases, they actually had to go to the intensive care unit and were placed on ventilators," Wisconsin Health Department respiratory disease epidemiologist Thomas Haupt told CNN.

Haupt said he and his team initially thought people were coming in with lung infections, but they eventually ruled out every possible cause except for vaping.

"The only thing at this point is vaping," Haupt told CNN, "but we don't know what they vaped, where they got their vaping liquids, all this needs to be determined at this point."

Back in October, the headquarters of the popular e-cigarette brand Juul got a not-so-friendly visit from the FDA. The company has repeatedly come under fire for marketing its vapes to teens and inadvertently getting a new generation addicted to nicotine.

Now the company has launched a new age-verification app, Engadget reports, which uses facial recognition and background checks to keep vapes out of underage hands.

The fourteen hospitalizations haven't been directly linked to Juul — CNN reports that the state health departments are still investigating to find out what everyone was smoking and what they were using to do it. But in spite of new tools and tricks to enforce age restrictions, the doctors expected the problem to get worse before it gets better.

Image by Aleksandr Yu via Shutterstock