Could this AI reduce our dependence on human radiologists? 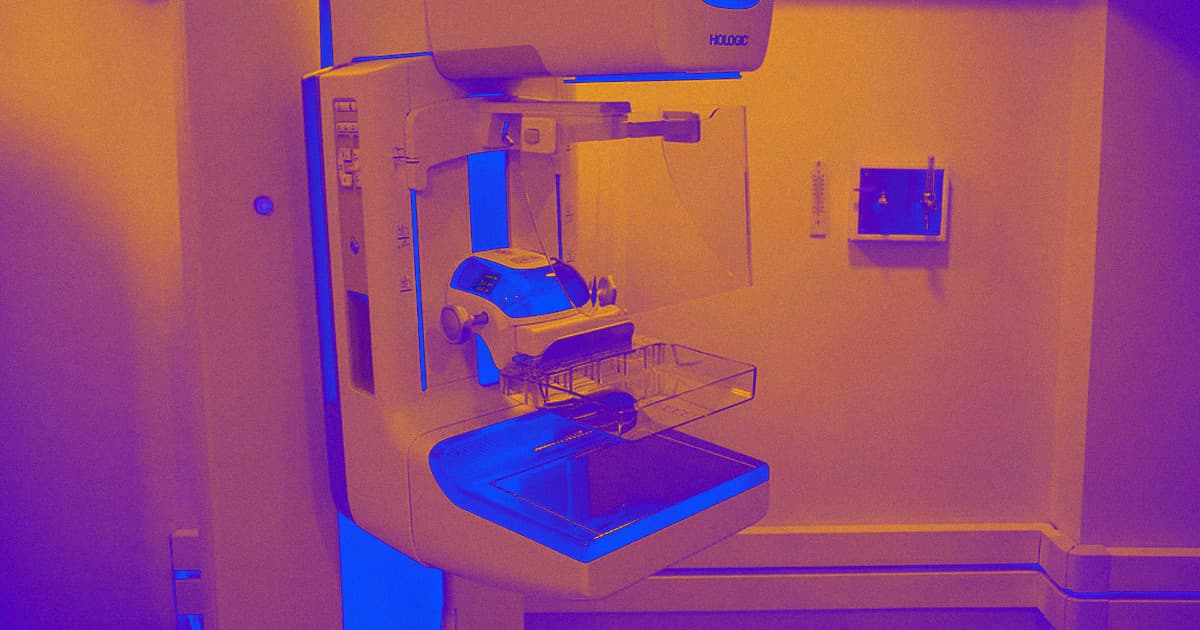 A team of UK researchers at Google Health and Google’s AI lab DeepMind has created a tool that can successfully identify breast cancer in X-ray mammograms, Wired reports.

It’s so successful, according to the paper published in the journal Nature this week, that it could one day rival or even outperform human radiologists.

The researchers trained their AI using mammograms from nearly 91,000 women in the US and UK — and the results were impressive. Compared to human radiologists, the AI model flagged 9.4 percent fewer false negatives and 5.7 percent fewer false positives in the US dataset, and 2.7 and 1.2 percent respectively for the much larger UK dataset.

Mammography is the most common type of screening for breast cancer. It uses low energy X-rays to detect typical masses associated with breast cancer. Screening is an important first step in identifying breast cancer — the earlier it is spotted, the more and better types of treatment are available to the patient.

Reducing false negatives is critical — in the worst cases, not spotting signs of cancer can be deadly. False positives may not be as critical, but they can still cause stress and use up valuable resources.

The system, however, was not quite as good as two human radiologists comparing results after analyzing the same scans — in the UK, two radiologists typically check the scans, while in the U.S., only one radiologist reads the scans. That doesn’t mean the system couldn’t prove useful in the UK, as the country is facing a shortage in its radiologist workforce, according to Wired.

“These results highlight the significant role that AI could play in the future of cancer care,” Cancer Research UK chief executive Michelle Mitchell told Business Insider. “Embracing technology like this may help improve the way we diagnose cancer in the years to come.”

Despite the success in reducing false positives and negatives, the research is still in its early stages and has a long way to go before being used in real world settings.

“This is another step along the way of trying to answer some of the questions that will be critical for us to actually deploying this in the real world,” Dominic King, director and UK lead of Google Health told Wired.

More on health AIs: This AI Knows When You’ll Die and Its Creators Don’t Know How

5.05.21 Developments
White House Supports Waiving IP for COVID Vaccines, Sending Pharma Stocks Tumbling
"The best way to end the deadly global vaccine shortage is to enable more manufacturers to make vaccines."
By Victor Tangermann / Read More >>
5.05.21 Neuroscience/Brain Science
A Mysterious Brain Disease Is Spreading in Canada
The symptoms can be devastating.
By Victor Tangermann / Read More >>
5.05.21 Neuroscience/Brain Science
Something Is Frizzling Up the Brains of Old White Guys
We knew it!
By Dan Robitzski / Read More >>
Keep up.
Subscribe to our daily newsletter to keep in touch with the subjects shaping our future.