Gene Simmons to the Unvaccinated: "You Are an Enemy" 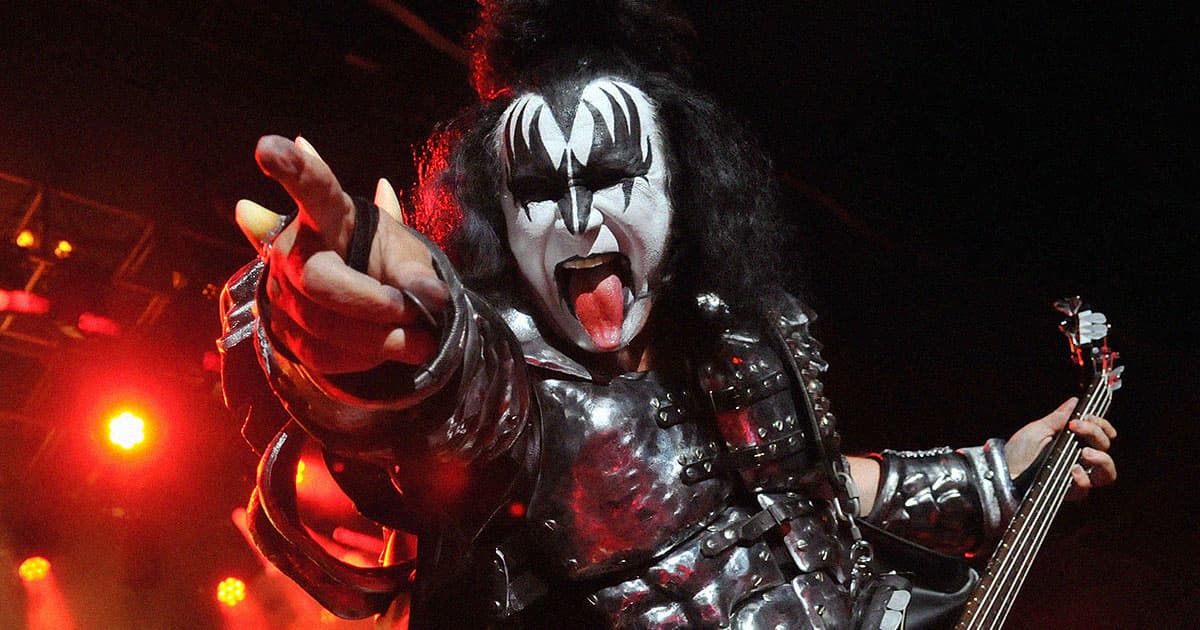 It shouldn't be so surprising that Kiss legend Gene Simmons is loudly in support of vaccines, but here we are.

In an interview published on celebrity video streaming startup TalkShopLive, the rock star panned "delusional" anti-vaxxers for putting the people around them at risk.

"If you're willing to walk among us unvaccinated," Simmons said, "you are an enemy."

"I don't care about your political beliefs," he added. "You are not allowed to infect anybody just because you think you've got rights that are delusional."

For Simmons, the outrage is justifiably personal: both he and his fellow Kiss frontman Paul Stanley caught breakthrough COVID in late August after being vaccinated. And earlier in the year, a guitar tech for the band died from the deadly virus.

Simmons really went off in the interview — as he tends to do — likening anti-vaxxers to people who speed through red lights and ignore traffic laws.

"I don't want to catch your disease," Simmons raged. "I don't want to risk my life just because you want to go through a red light. This whole idea, this delusional, evil idea that you get to do whatever you want and the rest of the world be damned is really terrible."

Being himself, however, the Kiss singer couldn't helping taking potshots at "both sides" of the "evil" political spectrum, accusing Democrats and Republicans alike of spouting "all kinds of nonsense."

"Politics are the enemy," he said, reminding us all that he lived through the 60s. "Humanism and humanity is what we should all be concerned about. Love thy neighbor as thyself."

He went on to compare so-called "vaccine skeptics" to Flat Earthers, blasting them for claiming that the estimated five million people who have died so far of COVID somehow dropped dead for other reasons.

"No, bitch, they died because they got COVID," Simmons said.

Latent glamness and vulgarity aside, Simmons' stance on the vaccine culture war is refreshing given that so many other celebrities, like Eric Clapton and Matthew freakin' McConaughey, are publicly railing against vaccine mandates.

He's not wrong: WHO: Anti-Vaxxers Now One of the Greatest Threats to World

More on the man himself: Google News' "Genetics" Section Is Full of Articles About People Named Gene

12.14.21 Developments
Doctor Horrified by That Pivotal Scene in "Sex and the City" Reboot
3.16.20 Developments
Idris Elba Says He Tested Positive for the Coronavirus
12.06.22
As Elon Musk Promises Human Brain Implants in 6 Months, Remember He Promised a Million Tesla Robotaxis by 2020
12.06.22 Breakthroughs
Scientists May Have Finally Discovered Why People Get Sick in the Winter
12.04.22 Treatments
18-Year-Old Patient Says $3.5 Million Hemophilia Drug He Needs Seems a "Little Steep"