And just like that... a TV show took liberties with medical science. 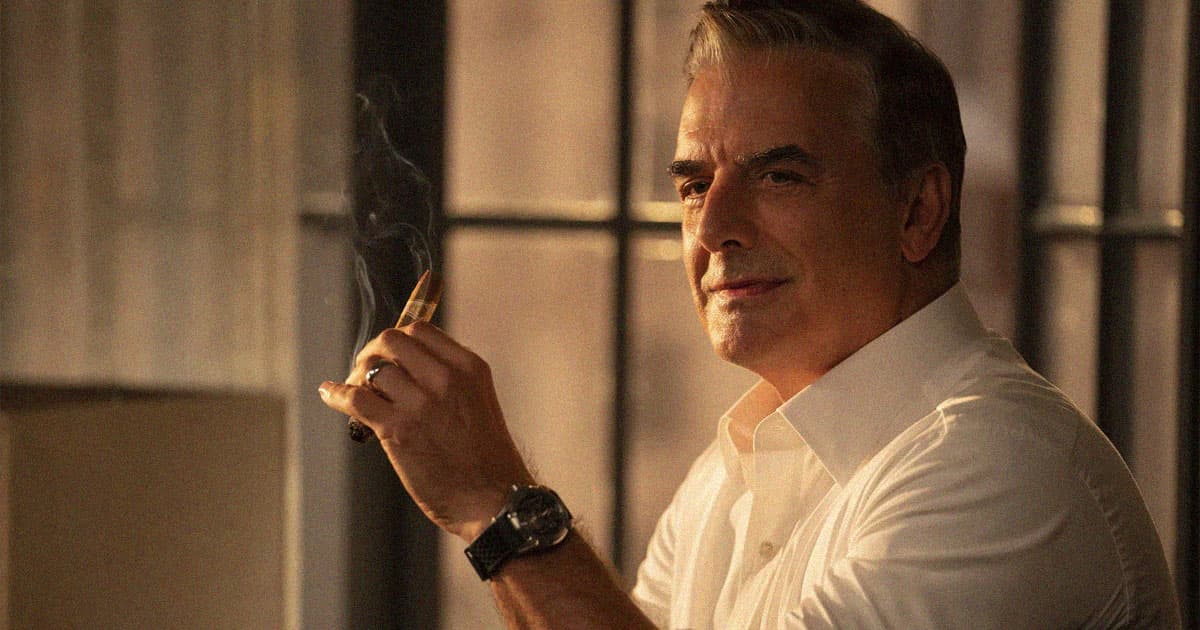 Spoilers abound for the shock ending of the first episode of the "Sex and the City" reboot, "And Just Like That..."

A cardiologist has affirmed what every "Sex and the City" fan suspected after watching the end of the first episode of the reboot "And Just Like That...": Carrie Bradshaw just may have committed manslaughter on her husband.

To recap, Mr. Big, played by Chris Noth, dies of a heart attack at the end of the episode while Bradshaw, played by Sarah Jessica Parker, stares on in horror and does nothing for a conspicuous period of time.

In an interview with enterprising Vulture reporter Rachel Handler, Chicago's Rush University Medical Center cardiologist Daniel Luger said that it was "a goddamn travesty" that Bradshaw allowed her husband to die of a heart attack while she dramatically screamed and cried instead of, you know, calling 911.

For all the barely-concealed spoilers about the death in the finale — which infamously happened after Mr. Big, née John James Preston, took a spin on his Peloton stationary bike — so far, there hasn't been much about the medical science behind what happened.

In the Vulture interview, Luger said that some of the specifics of Mr. Big's death, such as the character's penchant for "cocktails, cigars, and big steaks" in the aftermath of his canonical angioplasty during the show's original run, would likely be considered very unhealthy if a real-life patient did them. Indeed, the character is seen puffing away on a stogie prior to that final Peloton ride.

But others, such as the implication that the exercise he got from taking a ride on his Peloton catalyzed his coronary, seem about as fictitious as Bradshaw's ability to survive in Manhattan on a columnist's salary in the first seasons of "Sex and the City."

"It’s not unrealistic that he would exercise and then have a heart attack," Luger told Vulture. "Exercise slightly increases your risk of having a cardiac event, but we encourage all patients with coronary disease to exercise, because the risks of having an event are low and the benefits are much higher."

Peloton, as the interviewer noted, responded to the brouhaha over the play-acted death of a fictional character by noting that said character "lived what many would call an extravagant lifestyle" and "was at serious risk as he had a previous cardiac event in Season 6."

"These lifestyle choices and perhaps even his family history, which often is a significant factor, were the likely cause of his death," the company said in a statement. "Riding his Peloton bike may have even helped delay his cardiac event.”

More shocking than Mr. Big's death, however, was how Carrie responded to coming home to find her husband clearly ill but not yet dead: by wasting a ton of time on her usual melodramatics that should have been spent calling an ambulance from a nearby hospital to come to their fancy Fifth Avenue home.

"If he was in the hospital or if EMS was at his side when that happened, they could absolutely shock him out of that rhythm," Luger told Vulture. "That’s a very treatable problem in the hospital setting."

"This is a PSA: If you see somebody lose consciousness, the first thing you do is feel for a pulse," Luger added. "If there’s no pulse, you call EMS and start chest compressions without delay. You can definitely save people’s lives that way."

"He didn’t need to die," the cardiologist added. "This is a goddamn travesty."

And just like that... Carrie may have lost her chance to save her husband.

Read more: Ask a Cardiologist: Should Carrie Have Called 911? [Vulture]