The Elderly in Japan are Using Exoskeletons to Delay Retirement

"The father is in his 70s and was supposed to retire but is still working with our muscle suit." 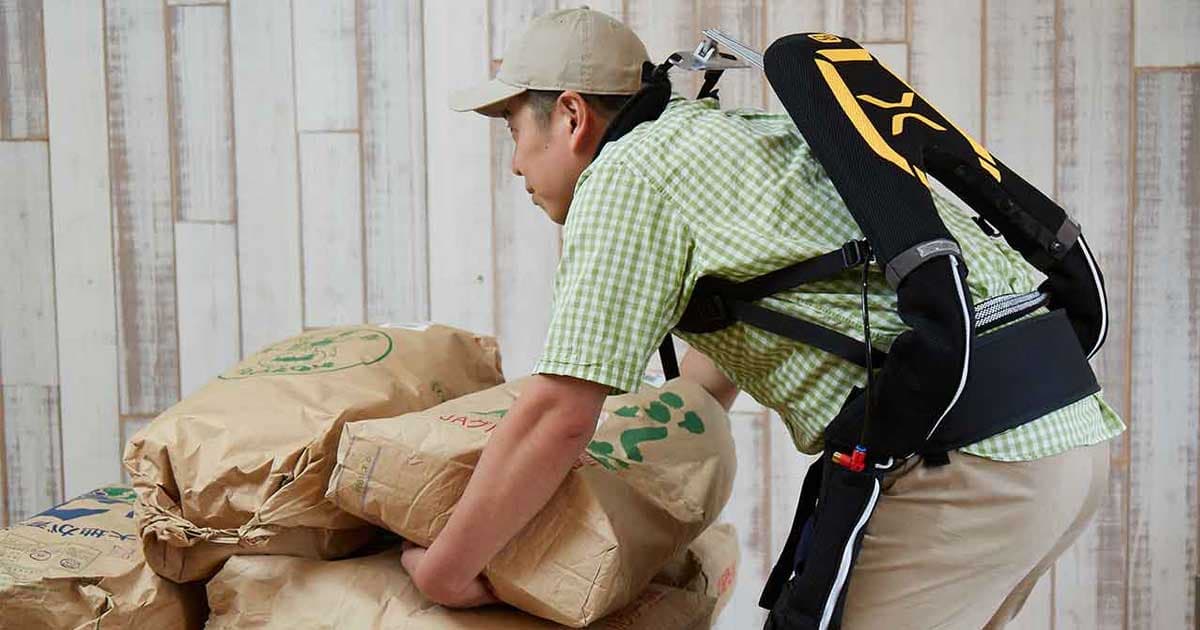 Exoskeletons aren't just for super soldiers, automotive assembly workers and the paralyzed — they can assist the elderly in everyday tasks as well.

Now, New Scientist reports that older folks in Japan are using exoskeletons to help them do their jobs as they spend more of their lives in the workforce.

Japan currently has one of the oldest populations int he world. According to the U.S. Population Reference Bureau, Japan has the highest share of people above the age of 65 of any country — 26 percent, according to 2015 data.

In response, a number of Japanese tech companies are building exoskeleton suits to give the elderly a leg — or arm — up. One such company, Innophys, developed a backpack-like suit that can be 'charged' by squeezing a hand pump 30 times to fill pressurized air-powered "muscles."

The suit can allow people to lift up to 55 pounds, costs the equivalent of about $1,300.

"One client is a family-owned company which makes and sells pickled radish and uses heavy weights in the process of production,” Innophys spokesperson Daigo Orihara told New Scientist. "The father is in his 70s and was supposed to retire but is still working with our muscle suit."

Other suits New Scientist pointed out include Panasonic's popular electric Atoun Model Y, a $5,500 suit that can add 22 pounds of lifting force and another, by automotive giant Toyota, which has said its motorized exoskeleton research is in part intended to support an aging labor force.

As the population keeps aging, the demand for such exoskeletons is predicted to increase. To keep enough people in the workforce, New Scientist pointed out, the Japanese government is looking at raising the retirement age from 60 to 70, furthering the need to find a solution.

READ MORE: People in Japan are wearing exoskeletons to keep working as they age [New Scientist]

More on exoskeletons: Paralyzed US Veteran Uses Exoskeleton to Complete a Marathon