"Overall, these findings provide important evidence for the protective effects of mushrooms against cancer." 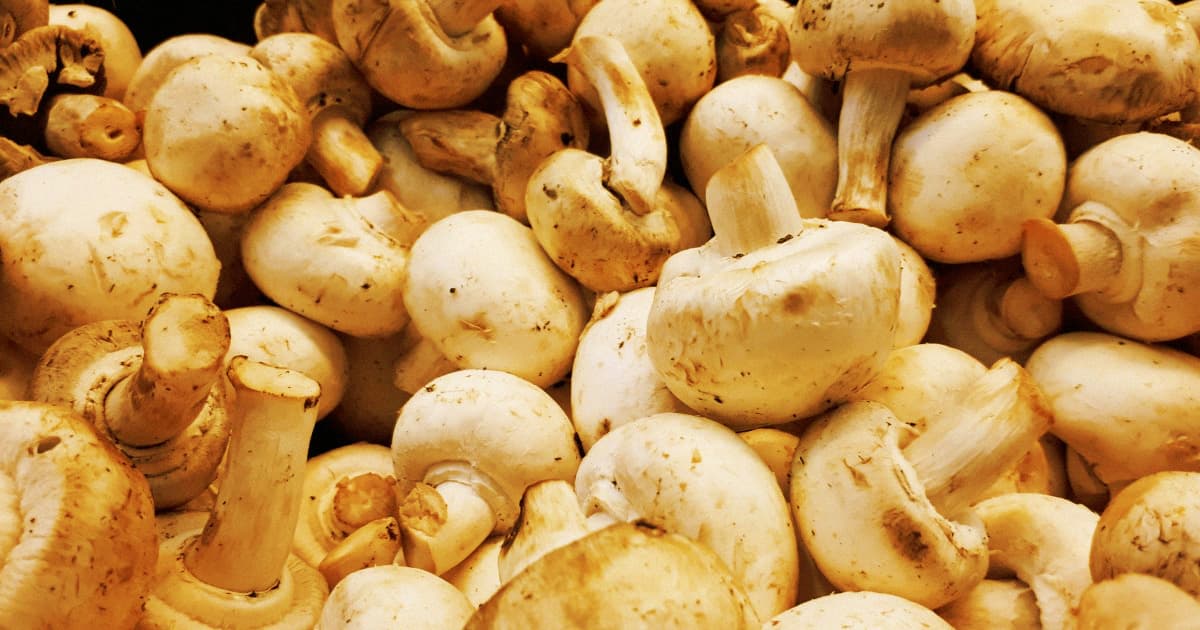 Image by Image via Pxhere
Cancer

According to a new study, eating just 18 grams of mushroom a day — roughly the equivalent of two medium-sized mushrooms — could almost halve the risk of cancer.

The study, a meta-analysis by researchers at Pennsylvania State University published in the journal Advances in Nutrition this year, found a surprisingly strong inverse relationship between mushroom consumption and cancer risk by analyzing 17 cancer studies published between 1966 and 2020.

Mushrooms are often considered a "super food" as they are rich in vitamins, nutrients, and antioxidants. While some types, like shiitake and oyster mushrooms, which have higher amounts of ergothioneine — an important amino acid has been associated with a lower risk in cancer — eating any type of mushroom daily appears to lower the risk of cancer by an astonishing 45 percent.

It's yet another reminder that nutritious food can have a profound effect on health outcomes. But the study should be taken with a healthy grain of salt, as the South China Morning Post points out. Other factors, like dietery and physical activity, could easily be at play as well.

"Mushrooms are the highest dietary source of ergothioneine, which is a unique and potent antioxidant and cellular protector," said Djibril M. Ba, a graduate student in epidemiology at Penn State College of Medicine and lead author of the paper, in a statement. "Replenishing antioxidants in the body may help protect against oxidative stress and lower the risk of cancer."

The effect appeared to be most pronounced at protecting against breast cancer — but that may be due to the fact that most of the examined studies were exclusively about breast cancer, according to Ba.

"Overall, these findings provide important evidence for the protective effects of mushrooms against cancer," said John Richie, co-author and researcher at the Penn State Cancer Institute. "Future studies are needed to better pinpoint the mechanisms involved and specific cancers that may be impacted."

Experts, however, urge caution — studies like this one need to be seen as a small part of a much larger picture.

"It is important to consider mushroom intake within the broader context of an individual’s dietary and physical activity-related behaviors," Helen Croker, head of research interpretation at the World Cancer Research Fund, told SCMP.

Croker also pointed out that those who eat healthy tend to lead overall healthier lives.

"Our reviews, which are the most comprehensive examinations of the impact of lifestyle factors on cancer risk, find some evidence that consuming fruits and vegetables might reduce the risk of several cancers, and they may also reduce the likelihood of gaining excess weight which is itself a strong risk for several cancers," she told the newspaper.

Other experts argued that it may have been a foregone conclusion.

"The results suggest to me that those who ate no mushrooms at all were quite likely to eat fewer vegetables overall than those who consumed the highest intake, meaning that the lowest intakes could be at higher risk of cancer regardless of mushroom intake," Sam Miller, head of nutrition for Pure Nutrition in Hong Kong, told SCMP.

Despite the study's drawbacks, it's certainly evidence that the link between mushrooms and cancer warrants further investigation — and in the meantime, it wouldn't hurt to eat some tasty mushrooms, just in case.

More on mushrooms: A Man Injected Himself With Mushrooms and the Fungi Took Over His Blood