Bureaucracy Could Keep Kids From Getting the Lifesaving New Malaria Vaccine

Logistical, financial, and communications problems will make this a challenge. 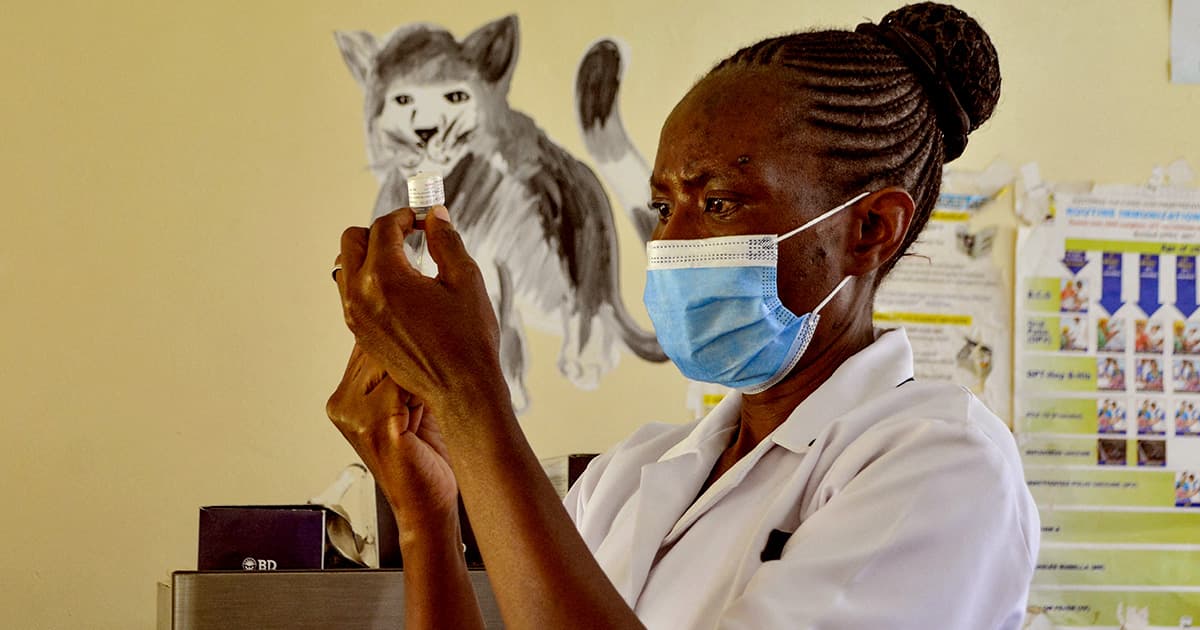 With the World Health Organization giving a monumental go-ahead to the world's first malaria vaccine after years of development and tests, experts predict that tens of thousands of children's lives will be saved every year.

The "malaria vaccine — more than 30 years in the making — changes the course of public health history," WHO director-general Tedros Adhanom Ghebreyesus said at a Wednesday press conference about the announcement.

But with the new vaccine come serious logistical challenges, and Scientific American reports that countries hit by the disease are now scrambling to develop a rollout plan.

The biggest challenge is that the vaccine prevents just about 30 percent of severe malaria infections, but that's only after children get a series of four injections separated by months, according to SciAm. Other researchers have found that five shots are best — three before the rainy season and then another two over the course of two years — and that the enhanced regimen reduces childhood deaths by 73 percent.

Then there's the cost. The vaccine's manufacturer, FSK, pledged to sell 15 million copies at just above the cost of production every year, according to SciAm. But that's not enough to cover everyone. Vaccinating every child in heavily-impacted countries would take 100 million doses, meaning the rollout would cost hundreds of millions of dollars.

That, coupled with issues of public trust, means any country distributing the vaccine will have to face a trifecta of logistical, financial, and communications challenges at the same time.

"I respect the researchers involved with this massive effort, but the reality is that so much money has been poured into this vaccine, even when the results from studies are disappointing," Senegal Institute for Health Research, Epidemiological Surveillance and Training malaria researcher Badara Cisse, told SciAm. "I don’t think a 30 percent effective vaccine would be acceptable for Americans."

"People will wonder why a 30-year-old, partially effective vaccine is suddenly being introduced during a pandemic — and targeted only at Africans," Ugandan epidemiologist James Tibenderana of the Malaria Consortium in London told SciAm. "The misinformation around COVID-19 vaccines should teach us that we can’t take community trust for granted."

More on the malaria vaccine: The World's First Malaria Vaccine Is Finally Ready for Rollout