This Scientist Got Brain Surgery to Fight His Alcohol Addiction

A brain implant is doing what a liver transplant couldn't. 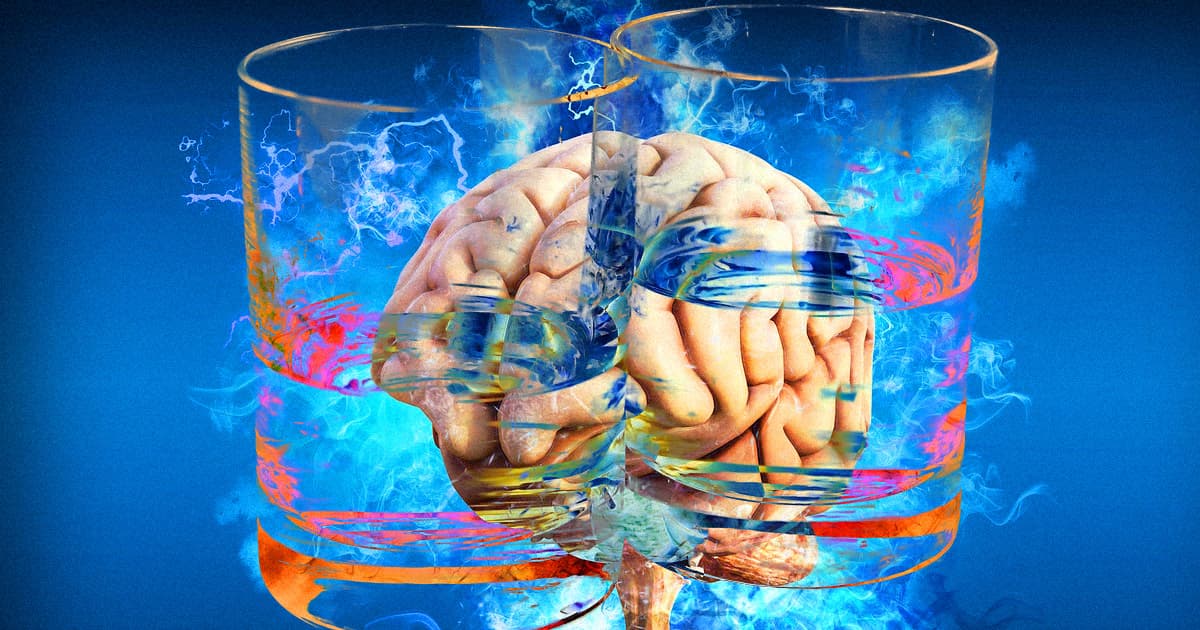 World-renowned infectious disease specialist Frank Plummer once drank 20 ounces of whiskey every night before bed — a habit that led to chronic liver failure and an organ transplant in 2014.

But even the liver transplant wasn’t enough to curb Plummer’s alcohol addiction, and knowing he had no chance of receiving yet another new liver, he decided to do something drastic: he let surgeons drill holes in his skull and insert electrodes into his brain.

“I was struggling with alcohol, and I’d exhausted pretty much everything,” Plummer told CBC News. “So when I was made aware of this new study, I thought yeah, what the hell, let’s go for it because otherwise I was going to die.”

The study he’s referring to is an experimental addiction treatment overseen by doctors at Sunnybrook Health Sciences Centre in Toronto. Using Plummer’s brain implant, the doctors are able to stimulate a part of his brain linked to dopamine, the chemical that makes feeding an addition feel good.

“Regardless of how one gets there, [addiction is] maintained by circuits in the brain that are not functioning properly compared to healthy controls,” Sunnybrook neurosurgeon Nir Lipsman told CBC. “So brain-based conditions require brain-based interventions.”

Plummer is thought to be the first person in North America to undergo the experimental treatment to fight alcohol addiction, but researchers in the United States and elsewhere have found success using deep brain stimulation to help people overcome addictions to opioids and methamphetamine.

As was the case for many of those patients, Plummer believes the treatment is helping him — and that it could help many others in the future.

“I think it’s potentially revolutionary,” he told CBC. “It’s not for everybody, but it’s for people like me who’ve kind of exhausted all other possibilities.”

5.14.22 Devices
FDA Approves Vanilla-Flavored Underwear That Protect Against STIs
That's kinda... kinky.
By Lonnie Lee Hood / Read More >>
5.13.22 Studies
Scientists Claim to Bring Dead Human Eye Cells Back to Life
This study "joins a body of science raising questions about the irreversible nature of death."
By Lonnie Lee Hood / Read More >>
5.12.22
It’s Surprisingly Likely That You Have a Nasty Parasite in Your Eyeball
"Toxoplasma gondii is probably the most successful parasite in the world today."
By Noor Al-Sibai / Read More >>
Keep up.
Subscribe to our daily newsletter to keep in touch with the subjects shaping our future.
+Social+Newsletter
TopicsAbout UsContact Us
Copyright ©, Camden Media Inc All Rights Reserved. See our User Agreement, Privacy Policy and Data Use Policy. The material on this site may not be reproduced, distributed, transmitted, cached or otherwise used, except with prior written permission of Futurism. Fonts by Typekit and Monotype.