We get it, Dad. Put down the bong. 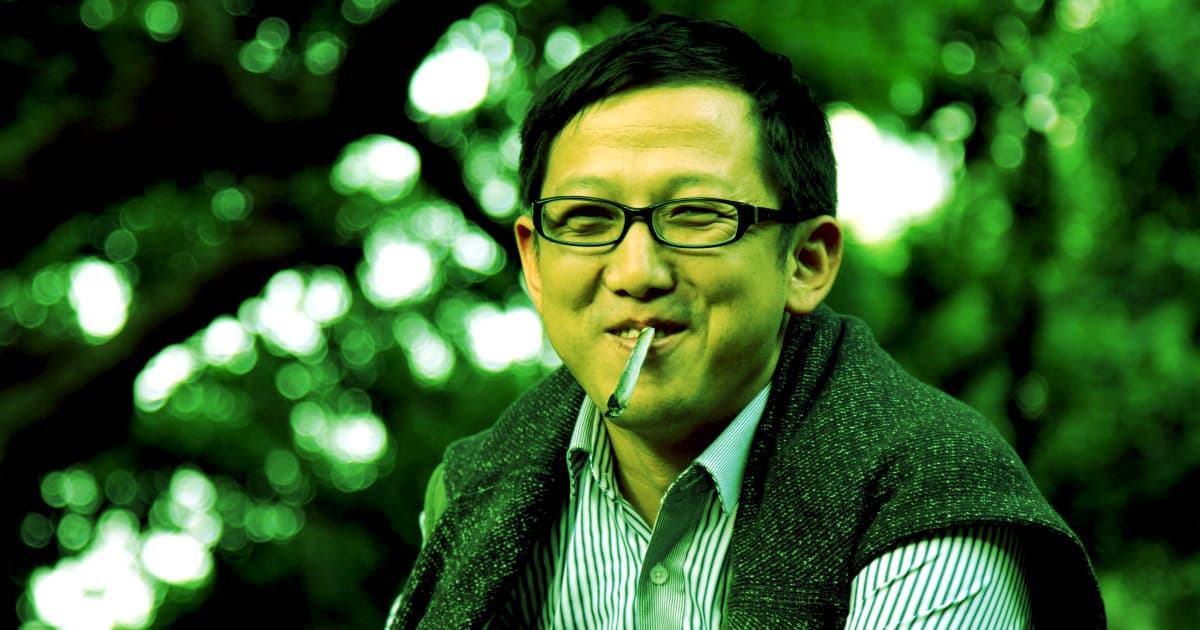 From the Department of Sociological Nonshockers comes a study proclaiming that America's baby boomers are, in fact, blazing up, bogarting the blunt, inhaling indica, bonging the bud, smoking the stickyicky — however you say it, the conclusion is clear: adults over the age of 65 are consuming marijuana at steadily increasing rates.

The study, published Monday in medical journal JAMA, comes via researchers at the New York University School of Medicine, who took three years of data from the National Survey on Drug Use and Health and rolled it up into a paper titled "Trends in Cannabis Use Among Older Adults in the United States, 2015-2018." The breakdown of the boomers blazing, per the American Council on Science and Health:

"[Was] the most significant among women, individuals with a college education as well as incomes at the lower end, $20K to 49K and upper end, greater than $75K, as well as the married."

By the numbers? Here's the percentage of Americans aged 65 and up who reported using marijuana products over the years, according to the results:

In other words, it appears that about ten times as many older Americans are using marijuana than fifteen years ago. And let's be perfectly clear: There isn't some magical weed-detecting apparatus demonstrating who's getting high and who isn't — these are just the people who admit it instead of getting, like, totally paranoid man. Consider: Two decades ago, marijuana use was a criminal offense in all fifty states.

It goes without saying, but the increased usage (or admitting to usage) of marijuana comes on the heels of an increasing number of states' decriminalization (15) and legalization of marijuana for both medicinal use and recreational use (46 and 11, respectively). To be clear, the number of Americans using were already on the rise decade-to-decade, but the year-to-year increase — and the distinguishments of the age group using it — is a newer development.

Some historical context here is also worthy of note: As a demographic, baby boomers are generally considered to have been born between 1946 and prior to 1964, and the rise of marijuana as a cultural phenomenon in America came about as boomers were coming of age. That's without mentioning the American mid-century counterculture becoming its own kind of global brand, proliferating all over America, and bringing a ton of pot smoke with it. Reactive prohibition efforts from an older generation were right there to answer it, beginning with the Boggs Act (1951) and the Narcotics Control Act (1956), which made even possession a criminal offense with a mandatory sentence. Those efforts didn't even begin to take shape until 1973, when Oregon became the first state to decriminalize possession.

All of which is to say: Boomers have probably been waiting quite a while for marijuana to become available through legal means to consume it, let alone admit that consumption on a national survey. As The Verge pointed out, the adults in the study published Monday weren't asked why they're consuming, but a 2019 analysis of use in older adults showed many were using it to manage physical pain, and as previously noted, the study did ask users who they were, and if they had any conditions. The results, again, were unsurprising: A 100 percent increase in those with chronic health issues, and 157 percent in those dealing with unspecified mental health issues.

As marijuana decriminalization and legalization efforts continue to grow among the United States, it's not unreasonable to expert these numbers to rise, and with it, your parents meeting you closer to the middle of mid-century resurgence culture. The newly discovered and widely-recognized risks of marijuana usage to some populations not withstanding, there are cultural consequences at hand: Have fun, in other words, and for the next twenty years, trying to peel Dad from his new Eames lounge exclusively for listening to that Dead and Co. show he dragged you to last summer.

CANNABIS USE AMONG OLDER ADULTS IS ON THE RISE, STUDY SAYS [STAT]

MORE ON THAT SWEET STICKY ICKY: SPACEX IS DELIVERING CANNABIS TO THE SPACE STATION