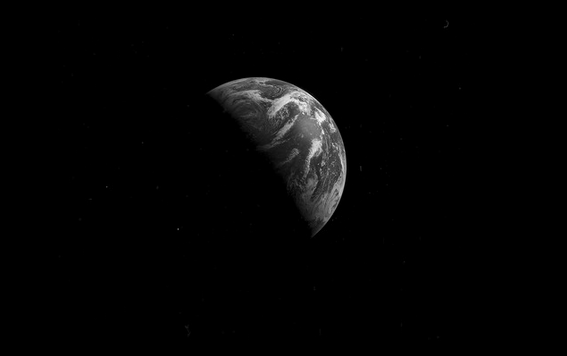 We have all seen the stunning images that come from the Hubble Space Telescope. In these photos, we see enormous galaxies swirling through the cosmos, stunning nebulae full of newly formed stars, and collisions of (quite literally) cosmic proportions. Thanks to Hubble, the farthest reaches of the observable universe are brought into view.

But close to home, we have images that are just as breathtaking, because we have Apollo.

The Apollo missions represented humanity's first tentative steps into space. The program consisted of both manned and unmanned missions which were flown between 1961 and 1975. The culmination came on July 20th 1969, when the Apollo 11 Lunar Module became the first manned craft to make it to the Moon. And after touching down in the Sea of Tranquility, Buzz Aldrin and Neil Armstrong became the first humans to walk on the lunar surface.

These missions were an inspiration to generations, and they continue to remind us of the remarkable feats that we can achieve when we work together. But more than that, they allow us to see our world in a new light and remind us of just how fragile and precarious our position truly is.

With this in mind, earlier this week NASA uploaded an incredible array of images on Flickr. These are unprocessed photographs from all of the manned Apollo missions, untouched and unprocessed images of our little corner of the cosmos. So take a moment, and say "hello" to Earth (and Apollo) again.