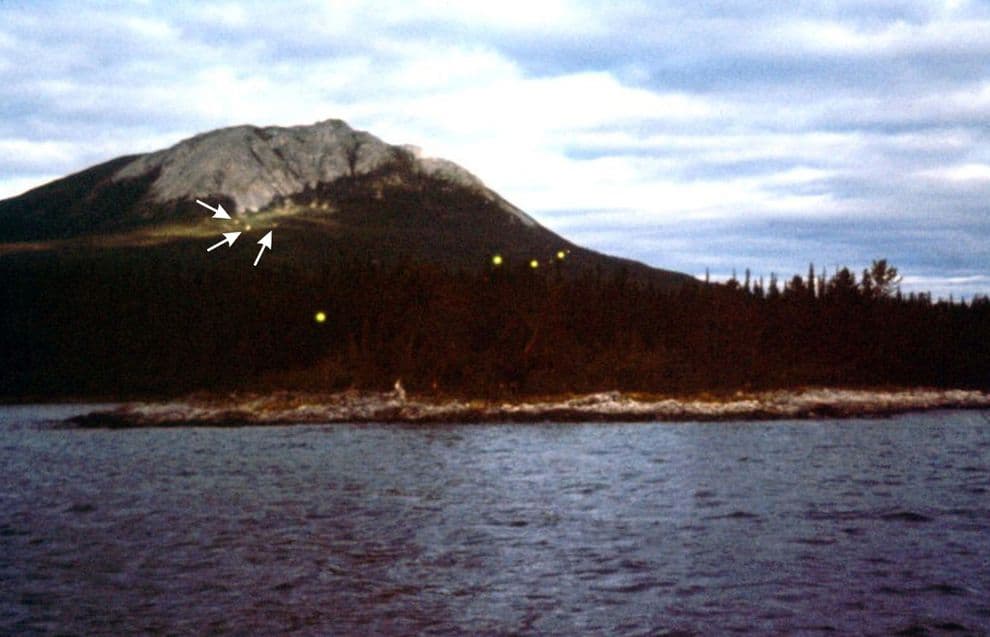 Earthquake lights have long been relegated into the same pile as UFOs and crop circles, despite the fact that we have reliable observations of “luminous appearances” in the sky that coincide with major quakes, and that these observations have been noted by reliable witnesses as far back as 1888. In the modern era, as video cameras have become more and more widely used, recordings of the eerie flashes in the sky over regions experiencing, or about to experience, major earthquakes became harder to explain away as simply hysteria or the productive of overactive imaginations.

Scientists have proposed a number of theories in an attempt to explain the strange apparitions. A once-popular explanation is that the lights were created by piezoelectric fields that are produced in certain rock formations (namely quartz) by passing seismic waves; however, this idea was largely dismissed because such a cause necessitated a large number of geophysical rarities, which made this particular cause highly improbable.

Another explanation, advanced by NASA scientists, involved excitation of ionospheric plasma by positive charges suddenly able to flow through rock, which had been squeezed with sufficient stress to turn it into a semiconductor.

Most recently, researchers at Rutgers University found experimental evidence that, when two layers of the same material rub against one another, voltage is generated. According to the Washington Post, the experiments involved filling tanks with different types of grains and moving them relative to one another in a jerking motion, which ultimately created cracks. Voltage differences were measured when this phenomena occurred, but as of yet, the researchers have no proven scientific explanation for the effects.

Some of the differences in theory can be explained by the strikingly different forms that earthquake lights have been known to take. In some cases, such as in Peru in 2007, the lights appear as sharp flashes, like distant lightning on the horizon. In other cases, they take on the ghostly diaphanous hue of the aurora. Sometimes, such as just before the 2008 Sichuan quake in China, the lights look something like a malformed rainbow. And sometimes, such as in the Yukon in 1972, they might appear as bright orbs, similar to ball-lightning, rising from the ground.

Yet, the NASA research team exploring the plasma releases believes that it has found a theory that fits most of the observations made. It incorporates the thinking that certain types of rock are more susceptible to generating the phenomena than others. It also involves basalt and gabbro dikes (vertical rock structures) which penetrate deep into the Earth’s crust, providing a ready-made channel for electrical charges to travel along and emerge skyward.

The right conditions for the emergence of the plasma, according to this National Geographic article, occur in less than half of a percent of all earthquakes worldwide, which helps explain why the lights are not a more widely-observed phenomena.

Since the lights have been observed to occur before the earthquakes they accompany in certain circumstances, the quest to determine their origin is no idle inquiry. The NASA team hopes to uncover enough information about the effect to make the event predictable. If the lights can be relied upon as a signal, there is some possibility that they can be incorporated into a quake prediction network.

Even if that proves to be the case, the information might have limited application, considering the relative rarity of the lights. But most scientists seem to agree that the lights are related to other electromagnetic emissions related to seismic activity — people in quake zones have reported malfunctioning radios, televisions, and other electrical equipment, and researchers have measured electromagnetic pulses on a variety of frequencies preceding earthquakes. Those pulses may also explain the well-documented abnormal behavior of fish and animals prior to some seismic events.

If that is indeed the case, then information uncovered regarding the sources of earthquake lights might prove to be useful beyond the relatively limited realm of luminous phenomena.