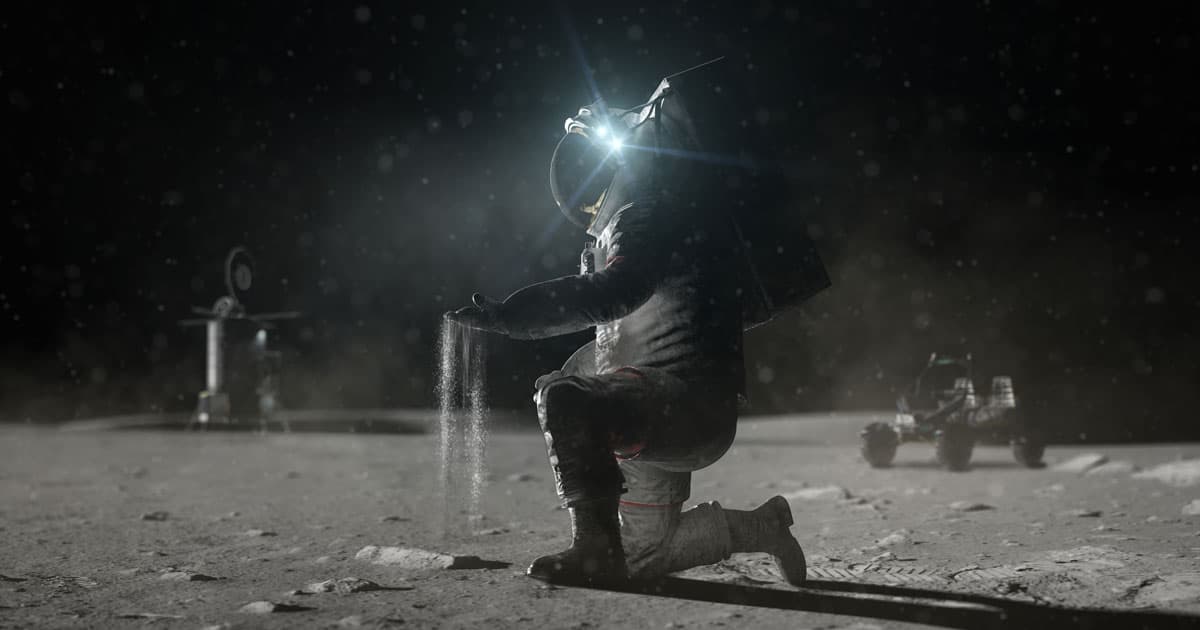 NASA is asking university students to come up with a solution to a very real problem: sticky lunar dust that can get pretty much anywhere, meaning it poses a very real threat to anybody planning to spend much time on the surface of the Moon.

The goal is a solution that can remove lunar dust or make surfaces impermeable to the stuff.

Since the Apollo missions, we've known that lunar dust is extremely clingy. Early NASA astronauts ended their spacewalks on the Moon covered in the stuff, likely caused by electrical charges built up by the moving around the lunar surface.

"The more time you spend there, the more you get covered from helmet to boots with lunar dust," Buzz Aldrin was quoted in early NASA reports after completing the Apollo 11 mission in 1969. Aldrin also called lunar dust "one of our greatest inhibitors to a nominal operation on the Moon."

Some Apollo astronauts carried special brushes with them to brush off spacesuits before getting back into the lander, as Discover reported in 2018. Other solutions included a vacuum, but it proved to be only minimally effective.

Making matters worse, recent studies have shown that lunar dust could react with human cells to create "hydroxyl radicals," which have been linked to lung cancer.

With its upcoming Artemis missions, an effort to return astronauts to the Moon more than 50 years after Aldrin took his first steps there, NASA wants to get ahead of its dusty problem.

So it's asking students for help. The agency is offering up to $180,000 to between five and ten teams chosen by a jury of competition judges. Participants will have to demonstrate that what they've come up with can actually mitigate lunar dust.

"Dealing with lunar dust will require incredibly creative and innovative approaches and collaborating with the Artemis generation through the BIG Idea Challenge is a strategic effort to fuel that type of innovation," Drew Hope, Game Changing Development program manager at NASA's Langley Research Center in Hampton, said in the statement.

Researchers at the agency have already tried a several new solutions in recent years. Last year, for instance, NASA scientists showed off a special coating technology that could dissipate electrical charges on spacecraft components, perhaps giving them the ability to shrug off lunar dust.