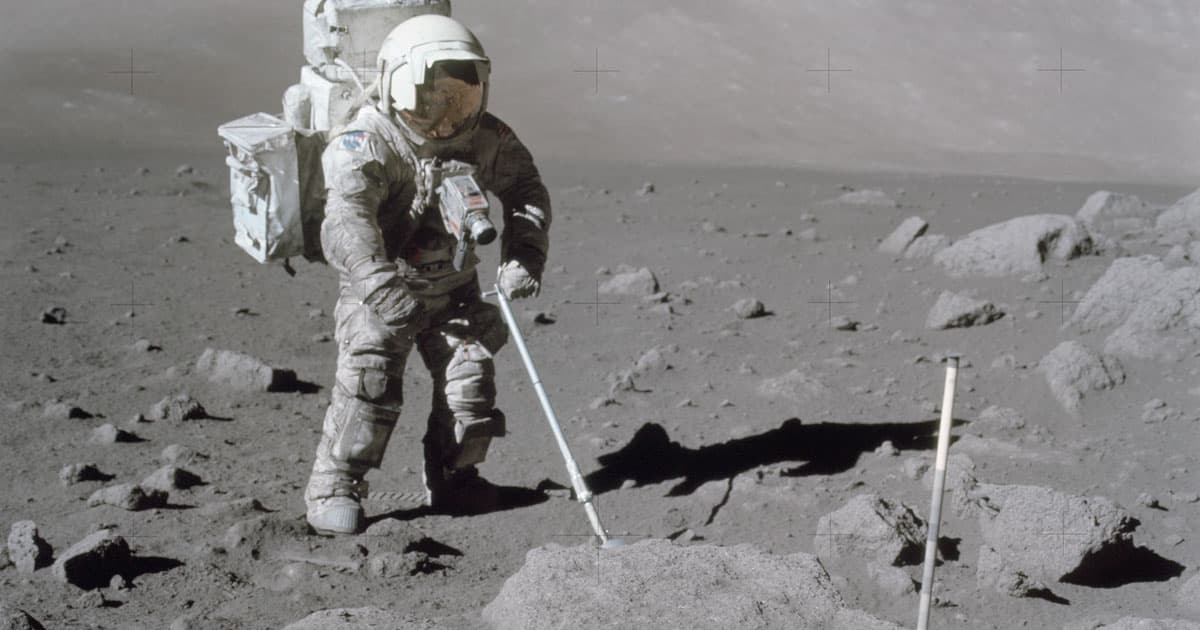 Space agencies are working hard to get humans back to the surface of the Moon. But it's not exactly the most inviting place.

Astronauts during the Apollo 11 mission in 1969 may not have had any health incidents while they were gleefully bouncing around on the lunar surface, as a NASA mission report from the time points out. But they knew that lunar dust wasn't their friend — it could irritate their lungs, cause their Moon buggies to overheat — it even started degrading their spacesuits.

And now, scientists have collected even more evidence that Moon dust could be really terrible for us. By studying samples of dust — or regolith — from the lunar surface, scientists at Stony Brook University in New York found that it could react with human cells to create so-called "hydroxyl radicals" — highly reactive particles that have have been linked to lung cancers in the past, New Scientist reports.

And it gets worse. A different study has found that lunar dust could cause damage to cells' DNA, which could eventually lead to cancer. The study exposed mouse brain cells, and human lung cells to simulated lunar soil. The results were discouraging: 90 percent of human lung cells and mouse neurons died, according to Universe Today.

The toxicity of lunar dust is going to be a big problem for any human planning on wandering around on the surface of the Moon in the future. "Dust is the number one concern in returning to the Moon," says Apollo astronaut John Young, as quoted by New Scientist. But it likely won't hold us back completely.