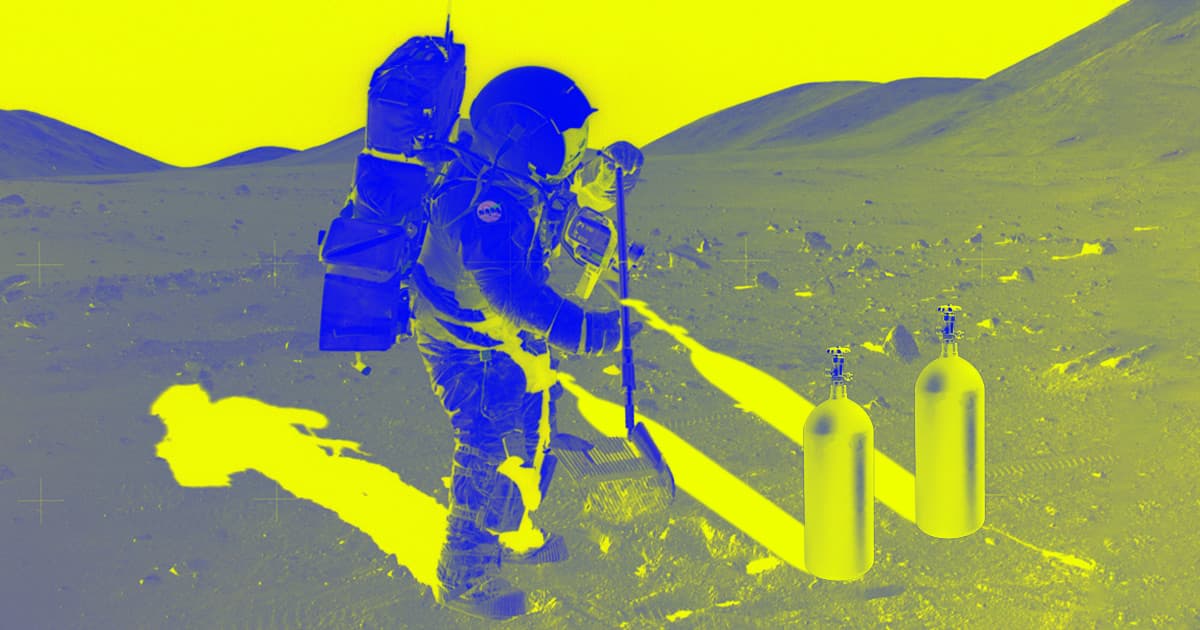 "Being able to acquire oxygen from resources found on the Moon would obviously be hugely useful for future lunar settlers."

"Being able to acquire oxygen from resources found on the Moon would obviously be hugely useful for future lunar settlers."

European Space Agency (ESA) scientists say they've found a way to produce oxygen from lunar dust. Samples of real lunar dust have been found to be 40 to 45 percent oxygen by weight, according to the ESA.

The team just opened a "prototype oxygen plant" inside a European Space Research and Technology Center lab in the Netherlands.

"Being able to acquire oxygen from resources found on the Moon would obviously be hugely useful for future lunar settlers, both for breathing and in the local production of rocket fuel," said Beth Lomax of the University of Glasgow in a statement.

Their prototype system mixes simulated lunar regolith — they have yet to try it with the real thing — with molten calcium chloride salt. The scientists then heat the mixture up to 950 degrees Celsius and run a current through it, releasing oxygen — a process called molten salt electrolysis.

The electrolysis process has another useful byproduct: metal alloys. The scientists are also investigating applications to make best use of these alloys on the Moon.

The team is looking to design a "pilot plant" that could be operated on the Moon by the mid-2020s.

More on regolith: Laser Project Aims to Melt Moon Dust Into a Lunar Base

Moon Sims
Brutal Video Simulates When Earth Hit Another Planet Many Years Ago
Oct 6
Read More
Big Moon Vat Energy
Astronomers Propose Giant "Liquid Mirror" Telescope on the Moon
11. 17. 20
Read More
Moon Juice
There's One Big Problem With NASA's Moon Water Announcement
10. 26. 20
Read More
+Social+Newsletter
TopicsAbout UsContact Us
Copyright ©, Camden Media Inc All Rights Reserved. See our User Agreement, Privacy Policy and Data Use Policy. The material on this site may not be reproduced, distributed, transmitted, cached or otherwise used, except with prior written permission of Futurism. Articles may contain affiliate links which enable us to share in the revenue of any purchases made.
Fonts by Typekit and Monotype.