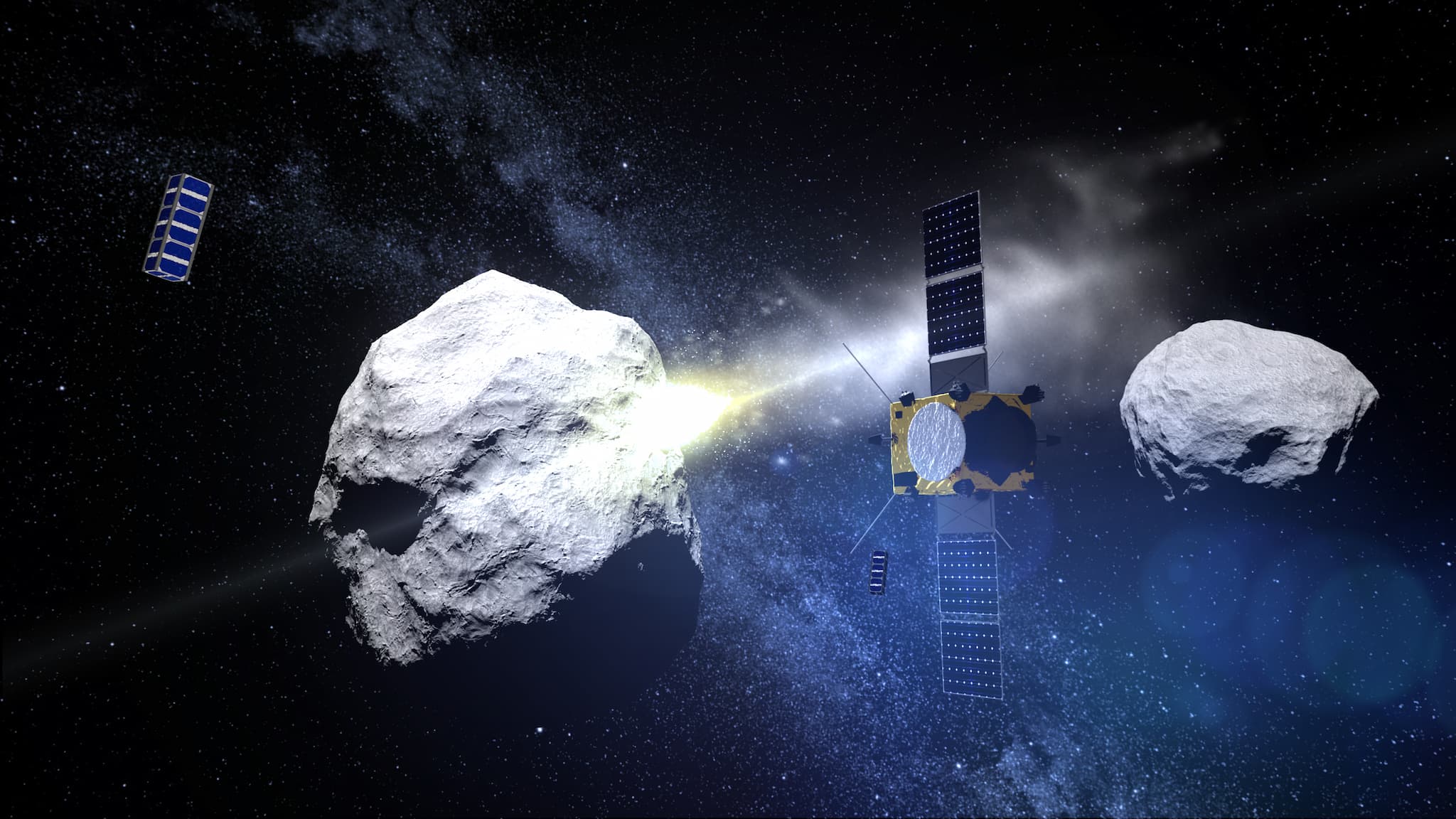 NASA and the ESA recently announced plans to team up against asteroids Bruce Willis-style—by attempting to deflect the orbit of an asteroid that may hit Earth. The first step is the Asteroid Impact & Deflection Assessment (AIDA) mission, which would serve as a practice run—helping test impact and deflection technologies.

“AIDA will provide information that will drastically improve our understanding of small bodies with great implications on our understanding of the solar system history in addition to planetary defense,” Patrick Michel, the leader of the AIM Investigation Team, told FQTQ.

Michel underlines that, at this point, our understanding of asteroid evolution—and ultimately how to protect our planet from impact events—relies entirely on impact experiments on Earth and in the lab, which deals with centimeter-size targets. AIDA aims to change that.

“Having such a fully documented experiment, which requires the measurements of the initial conditions with AIM, including both the DART impact conditions and target’s structure, and the outcome, is priceless and will definitely allow us to either validate our understanding or revise it according to what will happen,” Michel noted.

This mixes fundamental physics—say, the behavior of rock fragmentation at 100-meter scales—with planetary science (being that collisions play a key role in the history of our solar system) and, most importantly, planetary defense.

AIDA would be a unique opportunity to demonstrate asteroid impact hazard mitigation. If successful, the mission would give us insight into the internal structure of asteroids, which would help us gauge their strength and other unknowns.

“It will be the first well documented impact experiment at real asteroid scales,” Michel said. “The internal structure of such small bodies is a great source of debates and it is the outcome of their collisional history, as most bodies at this size are fragments of bigger ones. We have various internal structure models but none is complete and has been validated yet, and they all tell us a different story on the formation of binary asteroids and on the solar system collisional evolution.”

According to Michel, by combining AIM in-situ measurements with ground-based observational data, we could finally interpret what we observe from the ground, converting said data into actual properties. That knowledge could be then be applied to the entire near-Earth object (NEO) population, which would prove invaluable when an object with high impact probability is discovered.

As of Oct. 19, 2015, we are currently aware of 1628 potentially hazardous asteroids (PHAs), which are defined as asteroids approximately 100 meters in size that will pass within 0.05 AU of Earth.

Even though we don't currently know of an asteroid that will undoubtedly hit our planet, new PHA candidates are regularly discovered. AIDA will be of great importance if one decides to pay us a destructive visit. Do you need a reminder of what happened to the dinosaurs?