NASA's Chief Scientist Quits, Says He Has a Plan to Terraform Mars

Should we or shouldn't we? 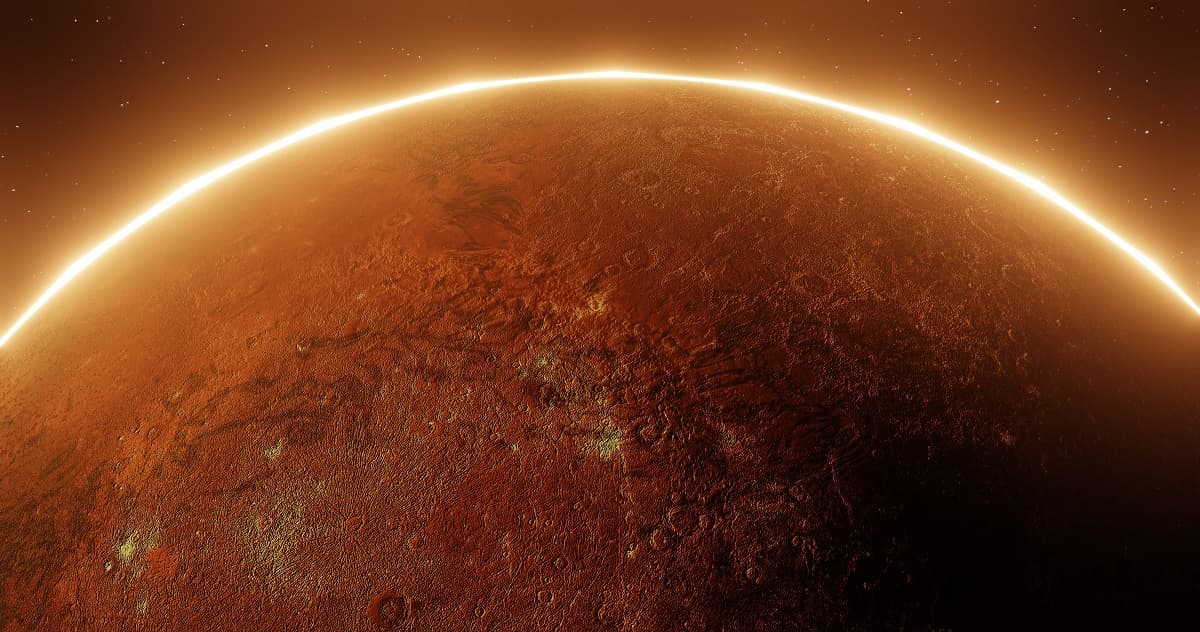 As the new year arrived, NASA's Jim Green prepared to say goodbye to the agency after four decades, including 12 years as the director of NASA’s planetary science division and the last three as its chief scientist.

And on his way out the door, according to the New York Times, Green is touting a plan to geoengineer Mars into a planet habitable for humans. Green's plan, published in November, hinges on warming and thickening Mars' atmosphere by using a giant magnetic shield between the Red Planet and the Sun, which would bring temperature and pressure levels above the point at which humans could walk on the surface without a space suit, without their blood boiling inside their bodies.

"It’s doable," Green told the newspaper. "Stop the stripping, and the pressure is going to increase. Mars is going to start terraforming itself. That’s what we want: the planet to participate in this any way it can. When the pressure goes up, the temperature goes up."

Needless to say, that's a strong stance for a top NASA official.

Green says his plan could allow humans to begin growing plants on Mars and moving toward the possibility of long-term life away from Earth. He's been obsessed with finding life on other planets for years and created the “confidence of life detection,” or CoLD, scale.

One of his obstacles, however, will be the planetary community, whom he says probably won't be receptive to his ideas about tinkering with an entire planet. Back in 2018, Adler Planetarium astronomer and cofounder of the JustSpace Alliance advocacy group Lucianne Walkowicz argued in Slate that we're likely to turn Mars' surface into an ecological nightmare, given our track record at hastening climate change and strip mining disasters on Earth.

In addition, Walkowicz wasn't even convinced terraforming is physically possible.

"Despite terraforming’s hold on the popular imagination, it remains solidly in the realm of fiction," Walkowicz wrote at the time. "For one thing, Mars seems to lack the necessary reserves of carbon dioxide to pump up its atmosphere and warm it in the first place."

To his credit, Green seems to have a level head on his shoulders about verifying life on other planets, and told the NYT he wants to make sure scientists are serious about any claim to have found even the smallest traces of it.

"A couple of years ago, scientists came out and said they’d seen phosphine in the atmosphere of Venus," Green told the publication. "At the level they saw it, which was enormous, that led them to believe life was one of the major possibilities. On the CoLD scale, where seven is 'we found life,' it is 'one.' It didn’t even make it to 'two.' Stop screwing around with just crying wolf."

Green leaves behind a legacy dusted with a voracious search for life, but it's not clear whether his plans for terraforming Mars will ever actually come to fruition. As he leaves a well-staffed and funded organization, some of his ideas may live only in theory on the papers he publishes, and if that's the case, not every scientist would be disappointed at a lack of results.

More on missions to Mars: All The Reasons Why Humans Shouldn't Colonize Mars, According to Experts

Read This Next
Putting Things In Perspective
Amazing Artemis Photo Shows Every Human, Alive or Dead, Plus the Moon
Fighting Words
Retired NASA Astronaut Scott Kelly Dishes on Ukraine, Russia, and Moon Mission
Psychological Warfare
Experts Excoriate NASA Report Claiming James Webb Wasn't Homophobic
Big Impact
Meteorite Hit Mars So Hard NASA Thought It Was a Quake
Failure to Launch
Lawsuit Accuses NASA of Widespread Racial Discrimination
More on Off World
International Sal...
Yesterday on the byte
Astronauts Prepare to Grow Juicy Dwarf Tomatoes in Space
Martian Oases
Dec 3 on futurism
Scientist Proposes Growing a Forest Inside a Bubble on Mars
Appetite for Dest...
Dec 1 on the byte
Black Hole In "Hyper-Feeding Frenzy" Chews Through Stars and Shoots Its Leftovers Towards Earth
READ MORE STORIES ABOUT / Off World
Keep up.
Subscribe to our daily newsletter to keep in touch with the subjects shaping our future.
+Social+Newsletter
TopicsAbout UsContact Us
Copyright ©, Camden Media Inc All Rights Reserved. See our User Agreement, Privacy Policy and Data Use Policy. The material on this site may not be reproduced, distributed, transmitted, cached or otherwise used, except with prior written permission of Futurism. Articles may contain affiliate links which enable us to share in the revenue of any purchases made.
Fonts by Typekit and Monotype.