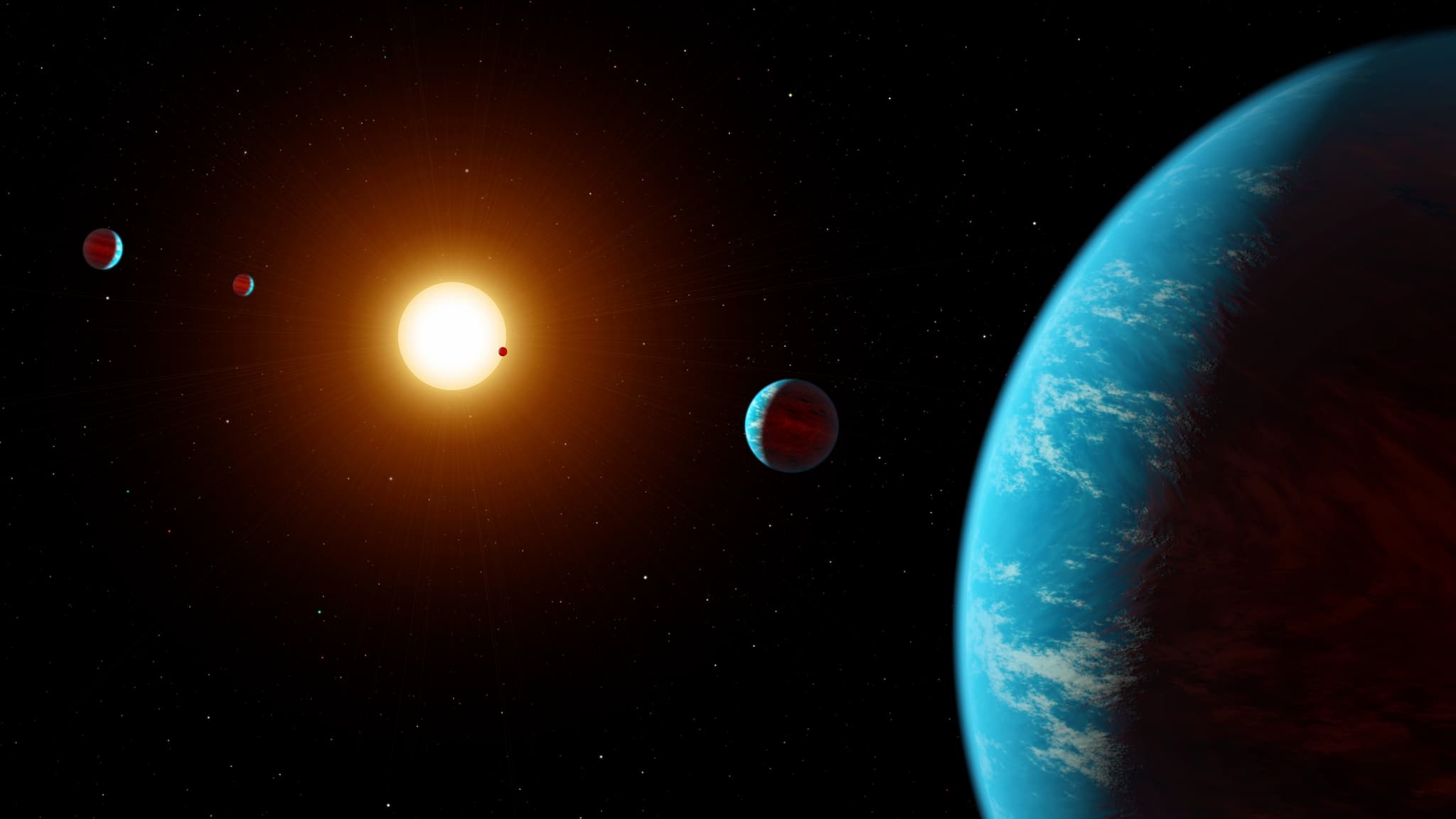 Through a project called Exoplanet Explorers, a band of citizen scientists has discovered K2-138, a far-off planetary system that houses least five exoplanets. This is the first time that a multi-planet system has been discovered entirely through crowdsourcing.

"People anywhere can log on and learn what real signals from exoplanets look like, and then look through actual data collected from the Kepler telescope to vote on whether or not to classify a given signal as a transit, or just noise," said Christiansen in a Caltech news release.

"We have each potential transit signal looked at by a minimum of 10 people, and each needs a minimum of 90 percent of 'yes' votes to be considered for further characterization," she added.

In April 2017,the Exoplanet Explorers project was featured on the Australia Broadcasting Corporation (ABC) program Stargazing Live. On the final night of the three-day event, citizen scientists uncovered K2-138.

Originally thought to be a four-planet system, it has since been upgraded to a five-planet system. Eventually, more planets could be discovered orbiting the system's star.

The efforts of the Exoplanet Explorer volunteers is a testament to the power of citizen science. Though they may not possess doctoral degrees or hold positions at research agencies, these citizens are still helping push the boundaries of what we know to be true in the realm of science.

These projects are made possible by people who dedicate their free time to supporting scientific research. They may not be career scientists, but they are helping us unravel the mysteries of our universe.

Read This Next
Shoo
Scientists Warn Giant Asteroid Is Actually Swarm, Nearly Impossible to Destroy
A Sip of Opal
NASA Discovers Precious Gemstones on Mars
Moon Wrestling
The Head of NASA Is Scared Chinese Astronauts Will Seize Portions of the Moon
Shot Well
Head of NASA Relieved to Hear Elon Musk Isn't REALLY Running SpaceX
Little Boxes
One Silly Little Detail Is Reportedly Delaying Artemis II by Years
More on Off World
Exoplanet Dance
6:32 PM on the byte
Scientist Releases Amazing Video of Exoplanets Orbiting Distant Star
Space Junk News
5:06 PM on the byte
Two Large Chunks of Space Debris Just Almost Collided in an Epic Disaster
Mars Drop
2:16 PM on the byte
NASA's Mars Rover Perseverance Just Dropped Off Its Last Sample
READ MORE STORIES ABOUT / Off World
Keep up.
Subscribe to our daily newsletter to keep in touch with the subjects shaping our future.
+Social+Newsletter
TopicsAbout UsContact Us
Copyright ©, Camden Media Inc All Rights Reserved. See our User Agreement, Privacy Policy and Data Use Policy. The material on this site may not be reproduced, distributed, transmitted, cached or otherwise used, except with prior written permission of Futurism. Articles may contain affiliate links which enable us to share in the revenue of any purchases made.
Fonts by Typekit and Monotype.