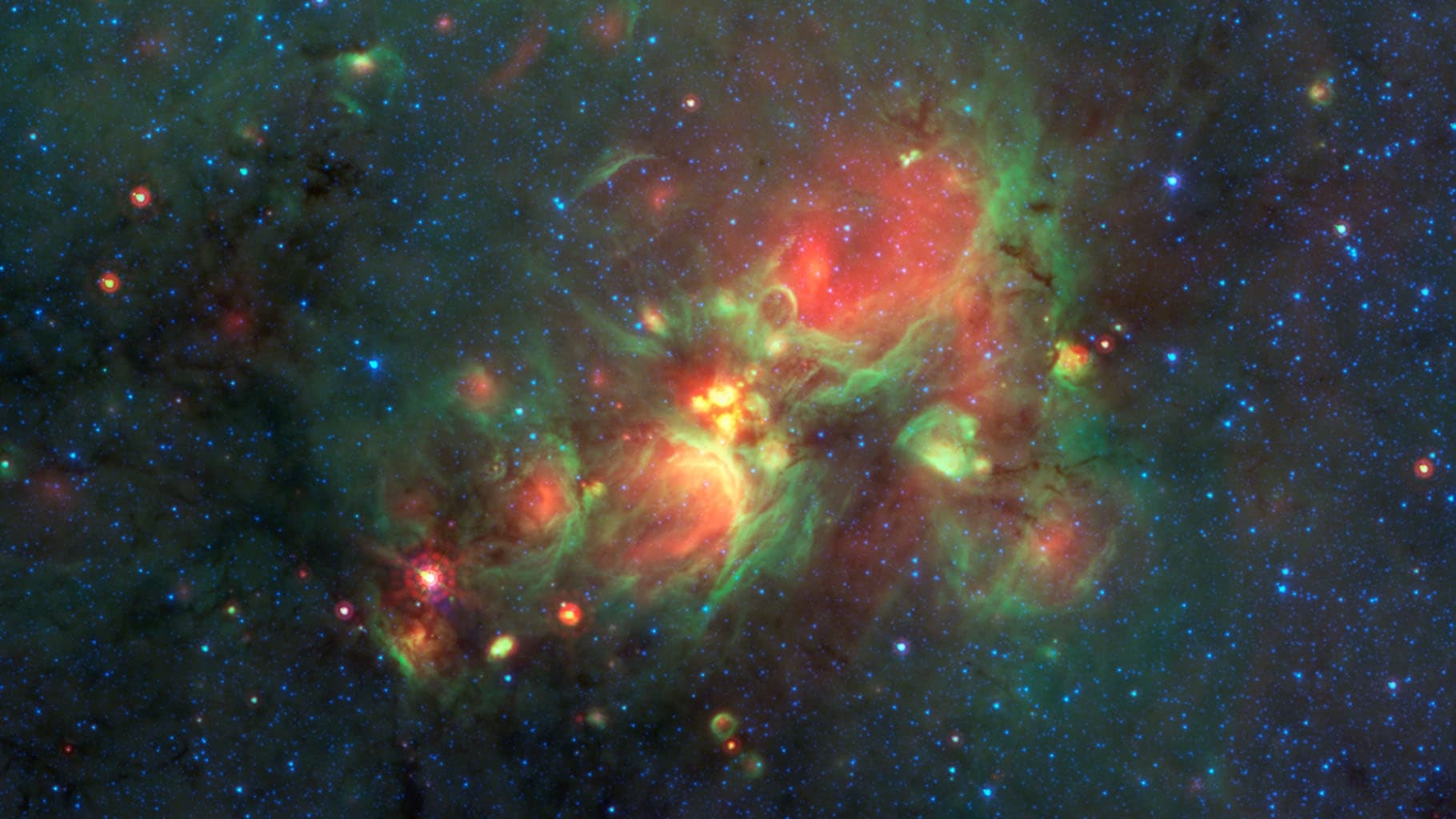 Some four years ago, a citizen scientist helping the Milky Way Project study Spitzer Space Telescope images for the tell-tale bubble patterns of star formation noticed something else. "Any ideas what these bright yellow fuzzy objects are?" the volunteer wrote on a project message board.

Well, that sparked some discussion among the professional astronomers on the Milky Way Project and eventually led to a study of the compact objects now known as "yellowballs." A paper just published by the Astrophysical Journal ("The Milky Way Project: What are Yellowballs?") answers some questions about the 900 yellowballs tagged by citizen scientists.

Charles Kerton, an Iowa State University associate professor of physics and astronomy and a member of the Milky Way Project science team, is first author of the paper. Co-authors are Grace Wolf-Chase of the Adler Planetarium in Chicago and the University of Chicago; Kim Arvidsson, formerly an Iowa State doctoral student and now of Schreiner University in Kerrville, Texas; and Chris Lintott and Robert Simpson of the University of Oxford in the United Kingdom.

"In this paper, through a combination of catalog cross-matching and infrared color analysis, we show that yellowballs are a mix of compact star-forming regions," the astronomers wrote. And, they wrote, the project demonstrates "the serendipitous nature of citizen science efforts" because Milky Way Project volunteers "went beyond their assigned tasks and started tagging and discussing" the yellowballs.

The Milky Way Project is part of the Zooniverse, a collection of Internet-based science projects that ask for the public's help looking through images and other data.

The Milky Way Project asks people to study tens of thousands of Spitzer's infrared images. People are asked to circle and classify various objects, including bubbles of gas and dust blown by the radiation and charged particles from bright young stars.

To date, citizen scientists have made nearly 1.5 million classifications for the project. Kerton said all of that classifying is helping astronomers study and map star formation within the galaxy.

But the project took a little detour when citizen scientists noticed yellow objects along the rims of some bubble formations. (It should be noted the yellowballs found in Spitzer's infrared images aren't really yellow. When the images are made, various colors are assigned to represent different wavelengths of infrared light. The yellow color on the images highlights where infrared emission from molecules (colored green) and from hot dust (colored red) completely overlap.)

The astronomers began studying those yellowballs by cross-matching them against existing catalogs of space objects. They also studied the luminosity and physical sizes of 138 of the yellowballs.

Kerton said the researchers found most of the yellowballs were located in regions of the galaxy containing dense gas. They also found that yellowball luminosity was consistent with the luminosity expected for a collection of newly formed massive stars. They've concluded there's an early "yellowball stage" in the formation of stars 10 to 40 times as massive as our sun. The yellowballs are considered very young versions of the bubble formations.

The astronomers also wrote that further studies of yellowballs will improve our understanding of how regions of massive star formation grow from early compact stages to more evolved and bubble-like structures. But those findings aren't the only highlight of this particular study, Kerton said.

"The fun thing about this study is the involvement of the citizen scientists," he said. "This is a nice example of people looking at something in the universe and saying, 'That's different,' and then passing it on to professional astronomers."