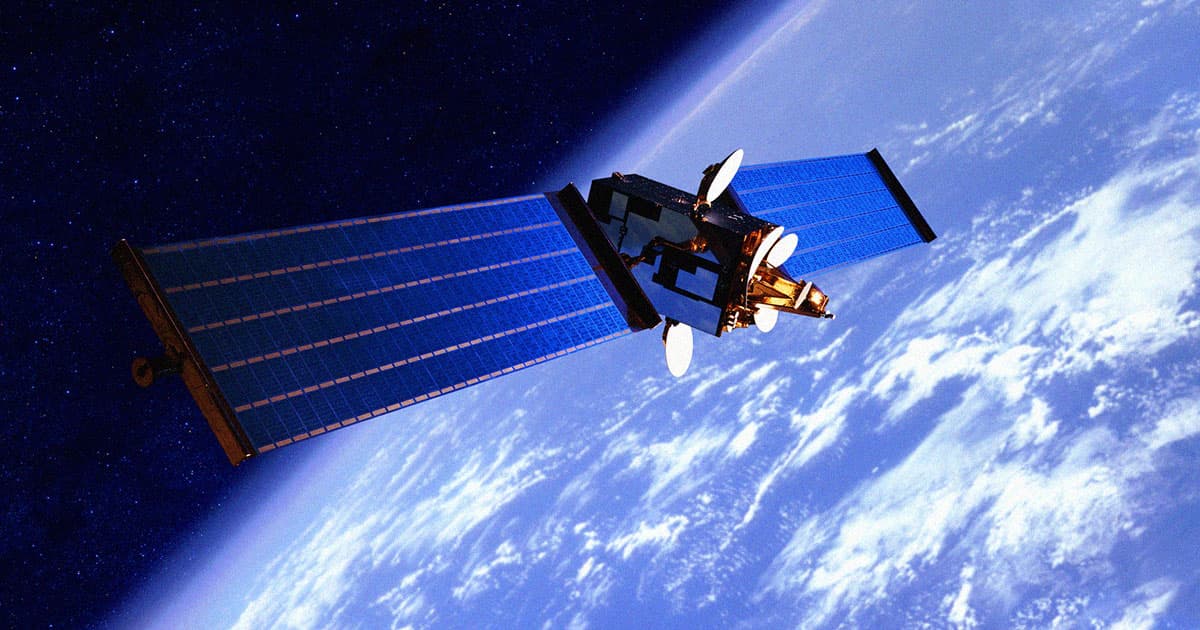 And this week, the US Space Force detected and catalogued a new object, suspected to be a rocket body designed to take satellites into a geostationary orbit called an apogee kick motor (AKM), SpaceNews reports.

But oddly enough, the object is still in geostationary orbit next to Shijian-21 — instead of maneuvering out of the way to make sure it doesn't collide with other satellites, which is the usual protocol for AKMs.

The strange situation is raising more questions than answers. For one, we have no idea if the strange object is actually an AKM, or perhaps related to an entirely different kind of endeavor — and the Chinese space agency isn't usually very up front with its activities in orbit, meaning that we may never find out.

It's a precarious situation. World powers including Russia and China are testing anti-satellite technologies, leading to a new type of cold war. The ability to take out enemy satellites could offer a country's military a substantive tactical advantage, but the risks would be immense.

That means military powers are keeping a very close eye on the movement of other world powers currently orbiting the Earth.

And there may already have been a couple of run-ins. Last week, Breaking Defense reported that a Chinese satellite was shadowing a US satellite, adjusting its orbit to keep up.

There's a decent chance the purpose of the object trailing Shijian-21 will never be publicly revealed. And that has US forces on their toes. All we can do is hope that this kind of incident will never end up leading to an escalation.

Read This Next
Space Billboards
Russian Scientists Propose Plan to Launch Huge Advertisements Into Orbit Over Cities
Sabers Rattled
Russia Issues Veiled Threat to Shoot Down Pesky SpaceX Satellites
Oh Brother!
Surprise! The ISS Is Still at Risk From Russian Weapon Test
Elon?
Everyone's Condemned Russia Blowing Up a Satellite... Except Elon Musk
MissileGate
Russia Blows Up Satellite, Forcing Its Own Cosmonauts to Cower in Fear
More on Off World
Putting Things In...
Yesterday on futurism
Amazing Artemis Photo Shows Every Human, Alive or Dead, Plus the Moon
Love It or List It
Yesterday on the byte
NASA Hires Company to 3D Print American Base on the Moon
Shine Bright
Yesterday on the byte
Astronomers Annoyed at Ludicrously Bright SpaceX-Launched Satellite
READ MORE STORIES ABOUT / Off World
Keep up.
Subscribe to our daily newsletter to keep in touch with the subjects shaping our future.
+Social+Newsletter
TopicsAbout UsContact Us
Copyright ©, Camden Media Inc All Rights Reserved. See our User Agreement, Privacy Policy and Data Use Policy. The material on this site may not be reproduced, distributed, transmitted, cached or otherwise used, except with prior written permission of Futurism. Articles may contain affiliate links which enable us to share in the revenue of any purchases made.
Fonts by Typekit and Monotype.