Expert Roasts Musk: Self-Driving Teslas In a Year Is "Impossible" 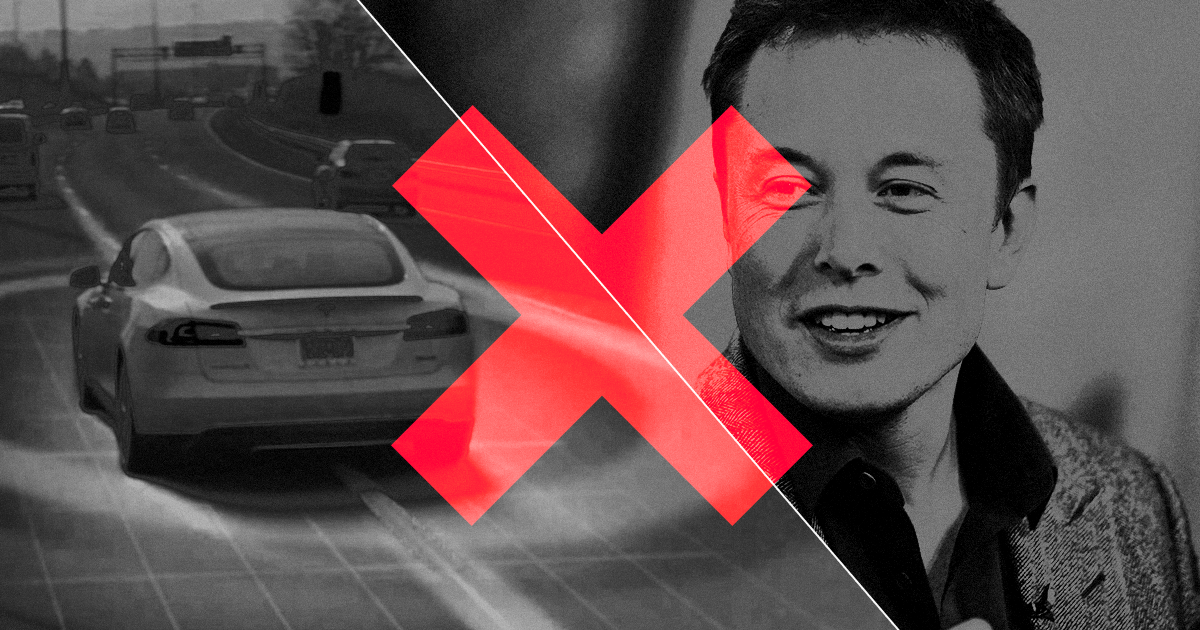 Earlier today, Futurism reported on Elon Musk's claim that he's "certain" fully-autonomous Teslas will hit the streets by next year. Now criticisms of that bold promise are already rolling in.

"I think the term 'misled' works here," Brauer said. "I mean, there are so many variables out there. There are so many different ways that a car has to be able to deal with driving: weather, lighting, traffic, pedestrians, bicyclists."

Brauer pointed out that Musk has a history of making bold, exciting predictions and claims about his own companies before ultimately dialing them back. Brauer argued that Tesla has developed some impressive semi-autonomous technology, but the idea that it'll have autonomous vehicles by next year is taking things too far.

According to documents published by the California Department of Motor Vehicles, Tesla doesn't test any autonomous cars on California roads.

"To say you'll have all conditions solved in the next 12 to 18 months — nobody else is making that claim and there are some pretty big companies out there like Google who are doing this and have been doing this for a decade," Brauer said.

It's certainly possible that Tesla will surprise everyone and deliver on these ambitious promises. But based on the state of autonomous vehicles at large, Musk probably didn't give himself enough time to sort out the many challenges.

"Elon's got one of the best systems currently available in terms of semi-autonomous driving," Brauer told CNBC. "But the concept of any car handling all the variables that exist on the road is still hard to fathom. Doing it in the next 12 to 18 months seems impossible."

READ MORE: It seems impossible that Tesla will have full self-driving car tech ready in a year, says analyst [CNBC]

More on autonomous vehicles: Expert Slams Waymo Safety Data: “They Obviously Do Not Trust These Numbers”