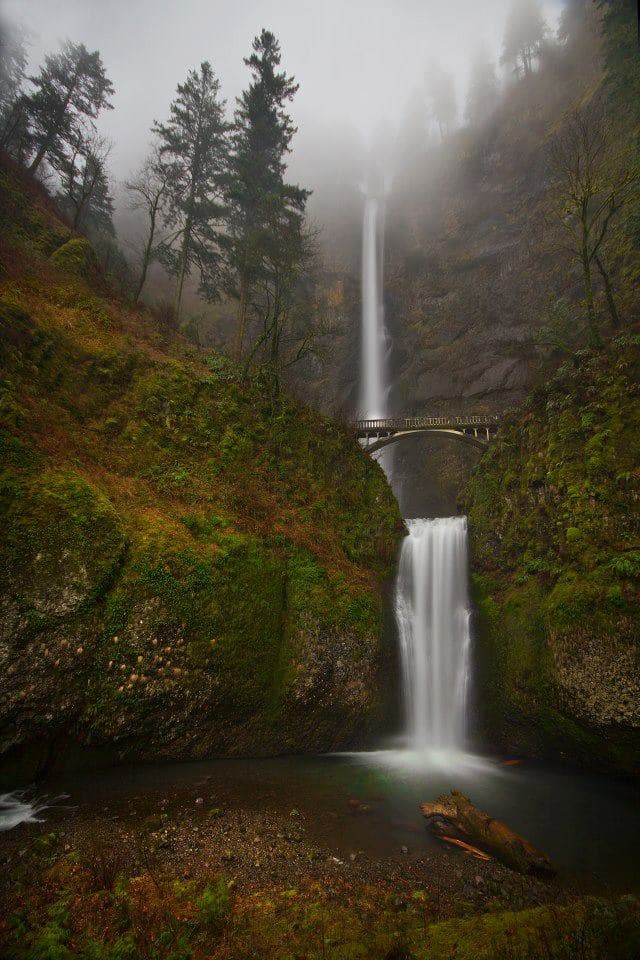 This is Multnomah Falls. It is located in Oregon, near the Oregon-Washington border outside of Portland. It is a 2-tiered waterfall with a total height of about 620 feet. The highest (and tallest) tier is 542 feet, while the second tier is 69 feet. In case you did the math, the extra 9 feet comes from a gradual 9 foot drop in elevation between the two tiers.

This article was written by: Joshua