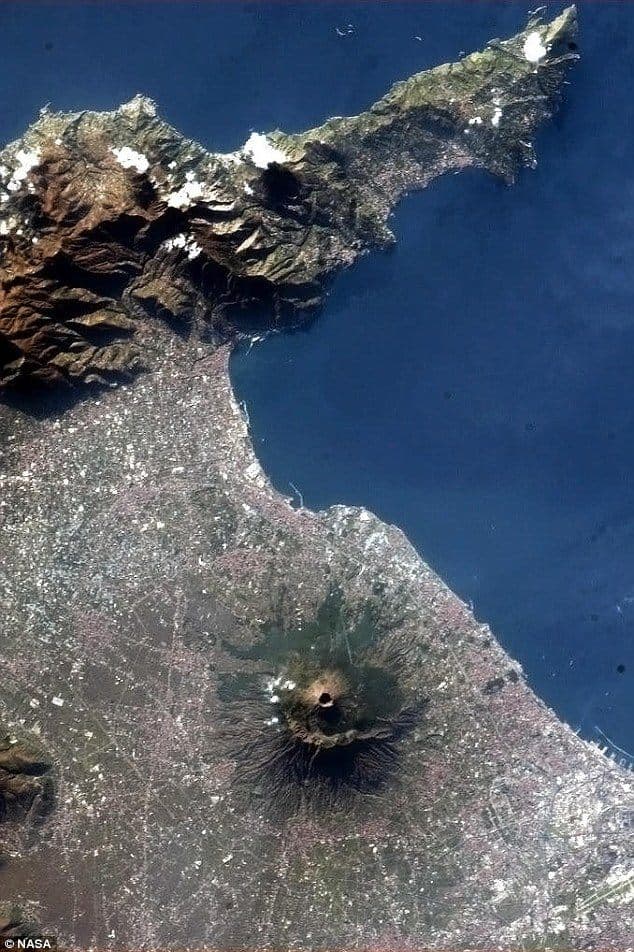 On New Year’s Day, 2013, the crew of the International Space Station (ISS) was kind enough to give us this incredible image of Mt. Vesuvius (found in Italy). The image, taken from the observatory module on the ISS, shows the infamous volcano and the edge of the city, Naples, located to the left of Vesuvius.

Vesuvius is one of the most well-known volcano’s in the world and is best known for obliterating the city of Pompeii back in 79 AD – the event was so traumatic that it inspired the name ‘volcano’ after the Roman god of fire, Vulcan. Of course, when you consider the fact that a mountain blew up, spread rocks, ash, and other debris over a 20-mile radius and, in so doing, killed 16,000 people and decimated an entire city – all for the first time in Roman recorded history – You might have believed a god was out to get you as well.

And Vesuvius’s danger isn't ancient history. Even today, it is considered one of the most dangerous volcanoes in the world because about 3-million people live right next to it. The volcano itself has had an extremely active history, and it is the only volcano within the European mainland to erupt within the last century.