Moving the Earth: Could this be a Global Warming Solution? 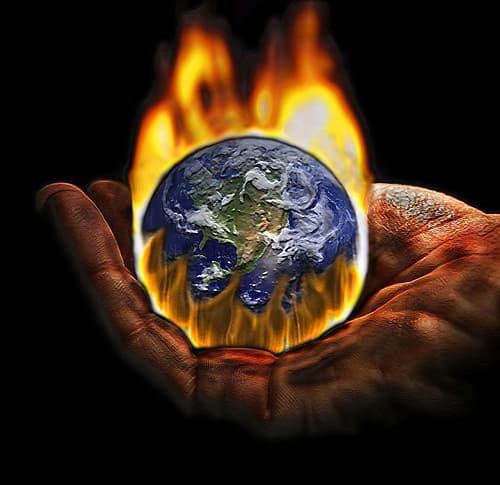 As you may or may not know, the planet is getting hotter. It’s called “global warming,” and if it doesn’t stop, things will go rather badly for us. Since it making the planet hotter, one solution to the problem would be to somehow stretch out Earth’s orbit. If we had the means to do so, would this work to negate the effects of global warming? As always, there are several ways to respond to this question.

Response 1: If we are talking about humans causing global warming (which is called “anthropogenic global warming”) then altering the Earth’s orbit is not a logical solution. It would be far less dangerous, less costly, and less time consuming to simply alter our way of life. Saying that we should move the Earth’s orbit because of the impact we are having on global temperatures is sort of like telling a person who keeps throwing dirt, salt, and all kind of nasty things into their water that they should build a rocket, fly to a comet, get some ice, bring it back to Earth, melt it, and use said ice for drinking. Why not just tell the bloody idiot to stop throwing dirt and salt into their water?

Response 2: If we are just talking about the natural warming and cooling cycles that the Earth goes through (yes, the Earth does go through such cycles, though there has been a dramatic shift in recent years) then moving the Earth would be a terrible idea, as we would just need to move it back once the cooling process started.

In short, regardless of what you believe causes global warming, moving the Earth is not a logical solution to this problem. However, there is something to be said for increasing the Earth’s orbit. In a few billion years the Sun will increase in brightness, raising the average temperature of the Earth to just about 50C (120F). Temperature increases of this magnitude will cause the Earth’s oceans to evaporate. So if we want to continue living on the Earth, altering the orbit is more than a good idea—it is absolutely necessary.

The most plausible way we could accomplish this is by using the gravitational pull of asteroids to tug the Earth into a larger orbit. By pushing asteroids into close encounters with the Earth, we would be able to use the gravity of the asteroids to pull our planet out of its orbit just a tiny bit. This alteration would result in the Earth slowly starting to spiral outward from the Sun, gently drifting farther and farther away. In other words, the Earth would not be closer to the Sun on the other half of its orbit.

Scientists believe it would take about a million such close passes in order to move the Earth far enough away from the Sun to keep it from vaporizing the oceans. Of course, there are a number of dangers associated with this plan. Mainly, the asteroids would have to pass dangerously close to the Earth’s surface, about 10,000 km (6,200miles). In order for these asteroids to have an impact on the Earth’s orbit, the objects would have to be much more massive than the asteroid that killed the dinosaurs. One tiny miscalculation and we would completely sterilize the Earth…by “sterilize” I mean that nearly all life would perish. Which would be sad for us.