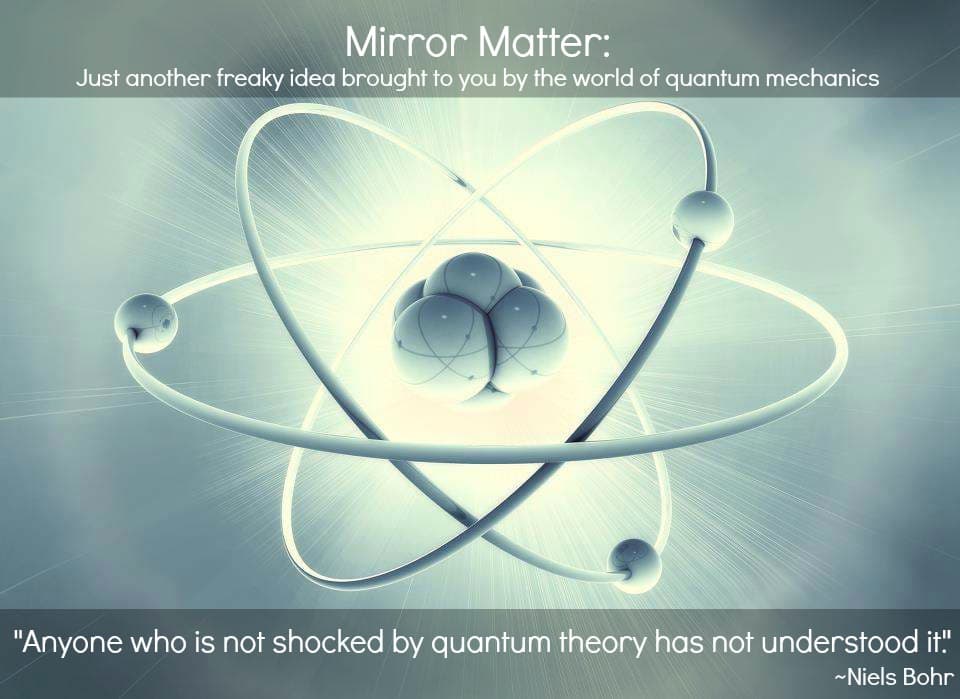 "Anyone who is not shocked by quantum theory has not understood it." ~ Niels Bohr. I think this quote best sums up a new theory in quantum mechanics involving parallel worlds.

In various experiments, theoretical physicists have noticed something strange; some of their matter simply vanishes. Because of this, these scientists have theorized the existence of 'mirror matter' (also known as 'shadow matter' or 'Alice matter') to account for this bizarre loss of neutrons.

What is mirror matter? None other than a hypothetical counterpart to ordinary matter. Mirror matter particles would allow for transitioning between our world and a parallel world which would explain a sudden loss of neutrons in recent experiments. This happens within a timescale of a few seconds according to a paper published in the European Physical Journal.

Mirror matter arises as a way to keep symmetry in quantum mechanics. All modern physics recognizes (and incorporates) three basic symmetries: reflection, rotation, and translation. In quantum mechanics, rotation and translation symmetry are accounted for, but reflection symmetry (also called mirror reflection symmetry, P-symmetry, or parity) is not. This parity break is only seen in the weak nuclear force (the other three forces are fine). Long story short, in the 1950s, the idea that the weak nuclear force broke mirror symmetry was first postulated and confirmed. Four decades later, the idea of 'mirror matter' was more-or-less fully refined as we know it today. Mirror matter would help to restore a fully trisymmetric existence for the four fundamental forces (and, yes, I totally just made up "trysymmetric").

Exactly what mirror particles do is an enormous mystery. In the world of science, when you theorize the existence of something (like a mirror-particle), then you suddenly get many hypotheses explaining why and how it does what it does, and the implications of that. At the moment, these particles are viable candidates for dark matter and an effective higgs mechanism, among others.

What happens now? Scientists will continue creating new hypotheses, smashing particles together, analyzing the data, seeing if they are right or wrong, and continuing to push the limits of our understanding in the peculiar world of quantum mechanics.