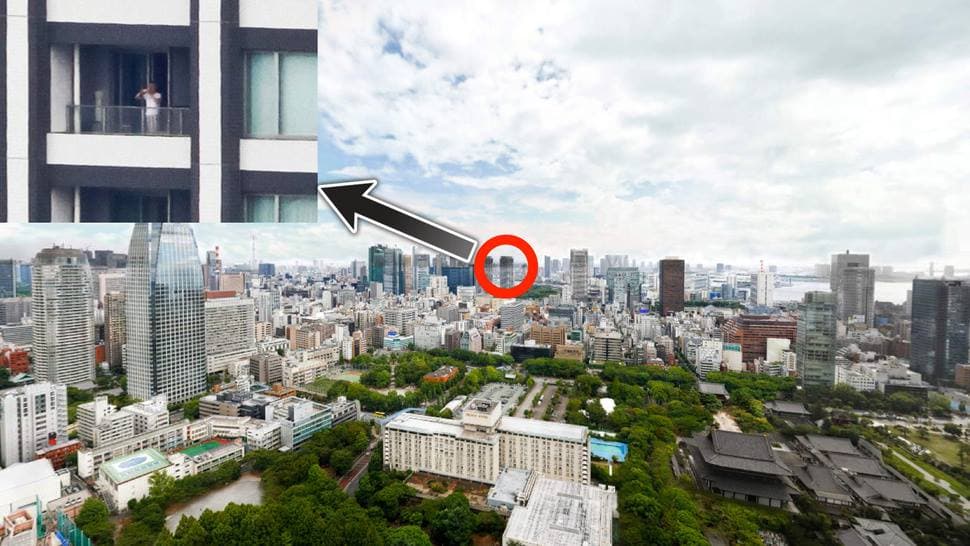 This mind-blowing image of Tokyo was taken by Jeffrey Martin in 2013. It reveals (in stunning detail) the amazing technological capabilities that have developed over the last few decades.

Looking at the above image, it is hard to compare it to the first photograph, which looks more like a charcoal drawing than a picture. The First image ever taken was "View from the Window at Le Gras" by Joseph Nicéphore Niépce. It is estimated that he took this image sometime between 1826 or 1827. To be more precise, Niépce's image is the earliest known surviving photograph made in a camera. As you can (kind of) see, the image depicts the view from a window (it's a shot overlooking the region just outside of Niépce's estate, Le Gras, in the Burgundy region of France).

Martin captured his panorama of quite a different view. He took the image from Tokyo Tower over the course of two days of shooting. That might not sound like too much work, but add to that over four months of editing to create the interactive panorama displayed below, and you'll have a basic idea of the work that went into making this piece.  The panorama was created from 10,000 high-resolution individual photos taken from the Tower (imagine stitching ten-thousand images together; most people don't take that many images over the course of a decade). The final result is 600,000 pixels wide. If it was printed at photographic resolution, it would measure a staggering 50 meters (164 feet) by 100 meters (328 feet).

Of the creation, Martin states:

It's the idea of creating a view that literally extends our senses far beyond what we can sense on our own. This image shows you orders of magnitude more stuff than you can see when you are actually there. Even if you are on Tokyo Tower with binoculars or a telescope, this image shows you more than you can possibly take in, in person.

Explore the image below, and see if you can find any easter eggs (be sure to post the ones you catch, the like man in the window above).

If you don't want to spend your time browsing about the image looking for all the odd things captured, here is a video of the image:

READ NEXT: First Image of Orion Compared to the Most Detailed Image Ever Taken