Finding Meteorites In Antarctica is Grueling but Worth It

They teach us a great deal about the origins of the solar system. 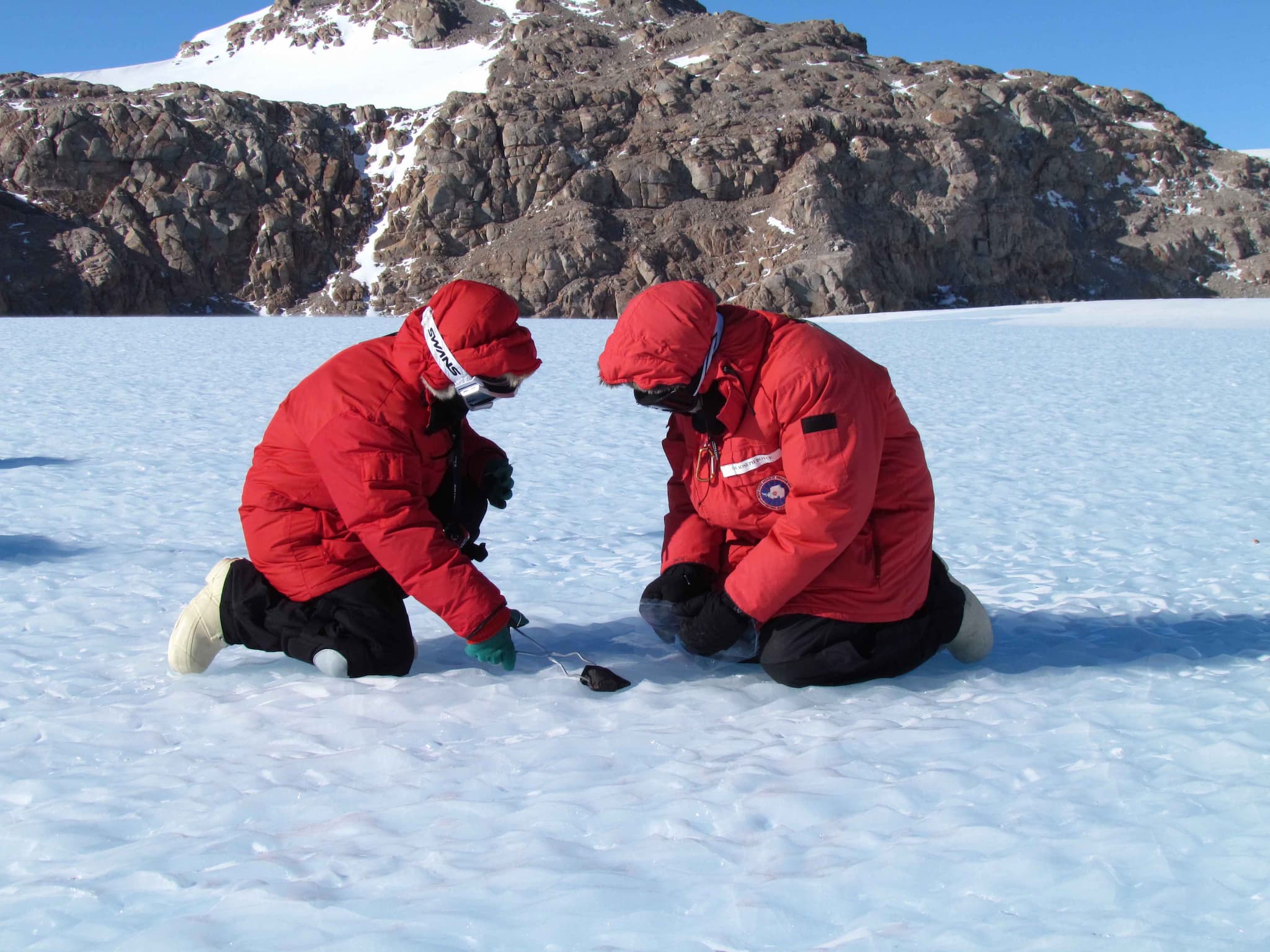 These are probably some of the things that come to mind when you think of Antarctica.

Meteorites are probably not among them.

But in fact, Antarctica is the best place to find meteorites. Its dry, cold climate perfectly preserves the asteroid fragments that make it through the atmosphere and crash on Earth. The ice sheets that encapsulate the rocks create a sort of "meteorite conveyor belt," concentrating them in areas where they are easier to collect, CosmoElements reports. And the high-speed Katabatic winds that blow across the surface of the ice help expose still-buried meteorites.

Yes, the region a special place for those space explorers who are keen to peer into the cosmos without leaving Earth.

Although meteorites are easier to find here, the explorers' journey is grueling, and some types of space fragments remain elusive. They have to make sure their technology works in Antarctica's frigid temperatures, not to mention the process of actually going out to collect the samples.

In particular, iron meteorites are underrepresented among the sample collected in Antarctica. Scientists speculate this may be because the metal fragments get warm under the sun as they surface, melting the ice encapsulating them and causing them to quickly sink back in.

Researchers from Manchester University in the U.K. devised a system to tackle the problem. They used a special detector and a set of dummy meteorites buried at different depths to see if the system could locate them.

"A reconnaissance trip will help the team investigate which blue icefields that have not been visited before are productive for meteorite collection," Katherine Joy, who will travel to Antarctica later this year to inspect potential stranding zones as part of the project, told BBC. "The outcomes of this initial search will help us to target where to take the full detector setup to test for buried meteorites."

An expedition like this one may seem like expensive and perilous to those who see meteorites as just little more than rocks.

But all fragments of space objects that make it to our planet's surface have great value for science.

For example: the famous meteorite ALH84001, found in Antarctica in 1984 by a team of U.S. scientists, is believed to have traveled all the way from Mars. For many years, it was thought to contain fossils of life forms similar to our bacteria.

Not all meteorites turn out to be so special. But they all teach astronomers about the origins of the solar system. And for researchers, that's enough reason to brave Antarctica's inhospitable conditions.

Read This Next
Space Age
A Drill Built for Mars Will Probe Antarctic Bedrock
Not Atlantis
A Satellite Found Remnants of Lost Continents Under Antarctica
Futurism
Antarctic Research Project Will Determine If a Huge Glacier Will Soon Break Off
Futurism
Antarctica Saw More Snowfall Over Past 200 Years. Sounds Like Good News... But It's Not
Futurism
Oddly Enough, More Snow in Antarctica Could Slow Rising Sea Levels
More on Earth & Energy
Sun Shield
Nov 23 on futurism
Scientists Increasingly Calling to Dim the Sun
Oversharing 101
Nov 21 on the byte
Bill Gates Reflects on Drinking Product of Fecal Sludge
Battery Powered
Nov 17 on the byte
Startup Says It's Building a Giant CO2 Battery in the United States
READ MORE STORIES ABOUT / Earth & Energy
Keep up.
Subscribe to our daily newsletter to keep in touch with the subjects shaping our future.
+Social+Newsletter
TopicsAbout UsContact Us
Copyright ©, Camden Media Inc All Rights Reserved. See our User Agreement, Privacy Policy and Data Use Policy. The material on this site may not be reproduced, distributed, transmitted, cached or otherwise used, except with prior written permission of Futurism. Articles may contain affiliate links which enable us to share in the revenue of any purchases made.
Fonts by Typekit and Monotype.