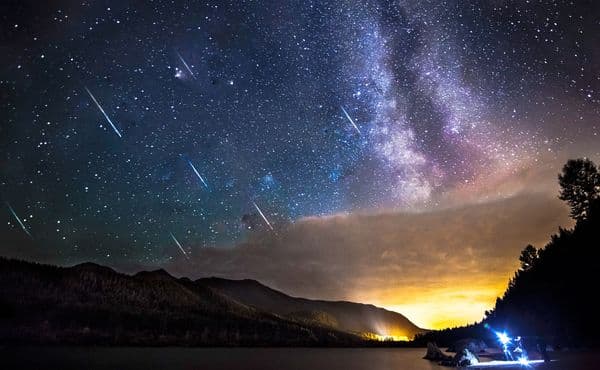 People frequently throw around words like "comet" and "meteor;" however, few take the time to explain exactly what these terms mean. So let's take a moment to figure out the various terms that we have to classify space debris...

Out there, floating in the solar system, there are billions upon billions of asteroids. In the asteroid belt, there are hundreds of thousands, the rest of the asteroids are rogues that wander about our solar system, while the hypothetical Oort cloud is believed to contain many more. They come in all different shapes and sizes. Some asteroids are far too small for us to detect, others are kind of hard to miss, like Ceres, which is some 1,000 km (620 miles) across. Asteroids are small enough that they are unable to sustain an atmosphere; they are airless rocky bodies that revolve around the Sun. They are too little to be considered planets, though they are often referred to as planetoids or minor planets. Ceres is the asteroid belt's only minor planet, and we recently discovered that this rocky world hosts water vapor!

Comets are, more or less, just asteroids that have tails. This is because comets are composed of dusty ice, and when they swing in close to the Sun, the ice heats up and trails away. As they orbit the Sun, comets leave a trail of  dust and gas that is millions of kilometers/miles long. They are a bit smaller than asteroids; generally, they are the size of an average town, though the shining head of a comet (the coma) can be larger than a planet.  Over many, many close passes to the Sun, a comet begins to look less like a comet and more like an asteroid (as its icy is worn away and its outgassing begins to halt).

Meteoroids are bits of debris that have broken off of comets or asteroids but have not come into contact with our atmosphere. This category covers everything from tiny, little dust granules to car-sized rocks (or larger).

Meteors are what we see streaking across the skies at night (and what we love to make wishes on). They're small bits of space debris (meteoroids) that are burning up in the Earth's atmosphere. They're also harmless. Meteors look like dim streaks, which means that there is only a small bit of space debris that is burning. Thus, we know that it'll never reach the Earth's surface. Meteors often travel through the atmosphere at about 30,000 mph (48,280 kph) and reach temperatures of about 3,000 degrees Fahrenheit (1,648 degrees Celsius).

Meteorites are meteoroids that actually hit the Earth's surface. Generally speaking, comets as asteroids are a bit larger (this is what separates them from meteorites).

If there is a bit of space debris that enters the atmosphere and is a lot brighter than a standard meteor, it may be known as a fireball. Fireballs are still meteors, this is just a special sub-class for meteors. To bridge the gap between a bright meteor and a dim fireball, NASA has designated a "fireball" as being a meteor with a visual magnitude in excess of -3. For the most part, even meteors that are bright enough to be classed as fireballs aren't large enough to make it through the Earth's atmosphere intact, though there are some smaller fireballs that sometimes reach the surface. A fireball meteor will generally start when the meteoroid is at least 1 meter in size.

The definition for a bolide is a bit sketchy. Usually the terms "fireball" and "bolide" are interchanged, so that they have the same meaning; however, there are slight differences between them. The difference is the explosion. As NASA states, " Fireballs that explode in the atmosphere are technically referred to as bolides, although the terms fireballs and bolides are often used interchangeably." The term "bolide" comes from the Greek word "bolis," which generally means missile but can also have the meaning of "flash." Bolide can also refer to a meteor that we don't know the composition of, this is usually in reference to ancient craters that happened thousands to millions of years ago.