Meet The First Asteroid Found With Its Own Set of Rings 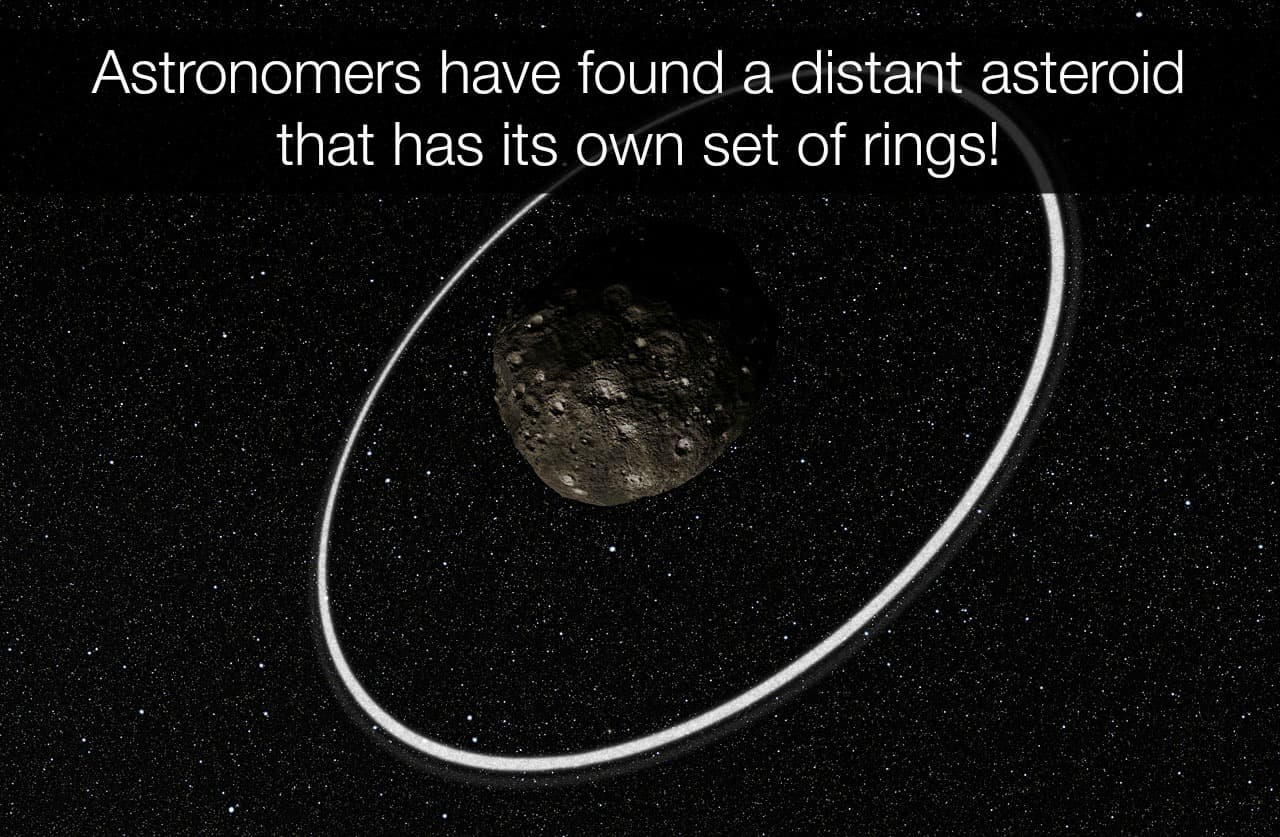 When one thinks about rings, it's natural for the mind to conjure up images of Saturn's glorious ring system. Today we know that Saturn's extensive rings are somewhat rare, but more ordinary ones seem to be par for the course. We know that all of the gas giants, including Jupiter, Uranus, and Neptune, have rings (granted, they are far less spectacular). Now, in a landmark discovery, the European Southern Observatory has announced that they, along with a team of astronomers, have found a thin set of rings around a distant asteroid.

To be pedantic, the asteroid isn't an asteroid in the traditional sense. It actually belongs to a class of asteroids called "Centaurs." Other than displaying characteristics of both comets and asteroids, objects of this type are sometimes referred to as 'minor planets;' meaning their orbits cross into the orbits of other objects (Pluto is a notable example of such behavior. It regularly passes into Neptune's orbit, sometimes resulting in it being closer than the Sun than the most distant fully-fledged planet is). In this case, Chariklo, the object in question, has a highly eccentric orbit that puts itself between Uranus and Saturn.

Recently, astronomers were probing the asteroid with the help of seven different observatories, and  they spotted some anomalies. Instead of acting as it should, they noted that, when viewed in front of a distant star relative to our vantage point (an occultation), something on Charikolo was interrupting the starlight, causing two additional fleeting blimps in the object's apparent magnitude.

After making the observations, the scientists worked to produce a model of the object that would explain this discrepancy. They surmised that Chariklo has not one, but two rings, each very small and thin (one is  4 miles/7 km wide, while the other is almost 2 miles, or three kilometers, wide). Both are separated by a mere 5.6 miles (9 kilometers). This may sound unremarkable, but you have to remember how small, not to mention distant, these rocky objects are. Many of them span a few football fields in total size. The largest are generally the size of a medium-sized city. This one, the largest of its kind, measures only 150 miles (250 kilometers) in diameter!

Over time, it is expected that these eccentric orbits result in the objects being flung out of our solar system entirely, or pushed into an even more eccentric orbit, taking them too far away from the sun to be studied extensively. It may be that the orbit is a telltale sign of how the rings formed to begin with; perhaps through a collision with another small object. Not only did this collision spawn the formation of the rings, but it jostled the object out of its typical orbit.

See the press release here. Or, you can read the full paper here. You should also check out a related article, Itokawa: A Strange Space Peanut."