Math: The Language of the Universe 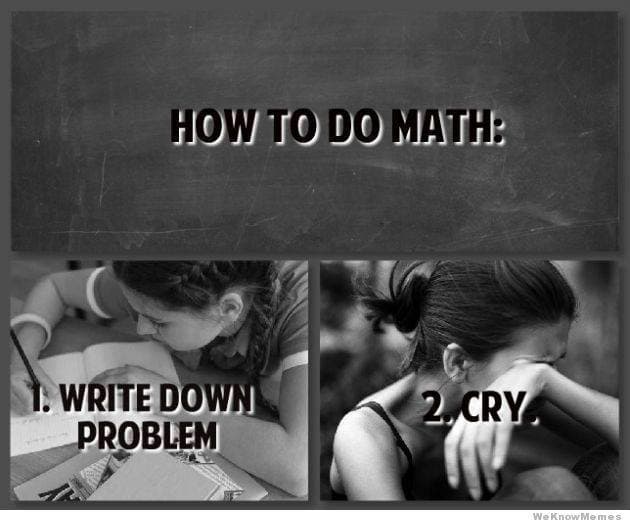 “Unless you’re going to be an engineer or scientist, you’ll never use math”.

This is one of the most utterly false statements that I have ever heard. Just as humans use verbal sounds in order to communicate ideas and exchange information, numbers (more specifically, math) is system of language – the language of nature. Every day, every person on Earth participates in nature’s beautiful song of numbers  without even knowing it. Whether we like it or not, the universe is math, and you’re using it right now.

Every morning when I wake up, the math starts to hit me. Before I can function I have to search around my night stand for the concave lenses of my eyeglasses. Using the refractive index, focal length, radius of curvature and thickness of the lens, the “Lensmaker’s equation”, brings the world into focus for me.

As I travel to the bathroom, I relinquish the pressure, stated in Bernoulli's equation, from my sink, allowing water to travel down to my hands. Next, Sir Isaac Newton describes the conductive cooling of my refrigerator with his Law of cooling, allowing the milk for my breakfast to remain cool.

Just as milk hits a glass, a meow traveling at the root of the elasticity of the air around me divided by its density, approximately 340 m/s, hits my ears. This is defined by the Newton-laplace equation, known as the speed of sound. As I reach down to whisk the cat into the air, I am countered by her mass times the acceleration of gravity, giving me 22 Newtons to work against just to say good morning.

As I leave for work, I hop into my small 907kg car, and before I even start moving, my tires are doing math. If I take the downward force of gravity times the mass of my car I get a weight, in which divided by the contact area of the tires' gives me the expected pressure to maintain the tire’s grasp on the road.

As I drive away, my vehicle starts to do ‘work’, which is defined as the mass of the car, multiplied by the acceleration, all multiplied by the distance traveled at any point. Over the next forty seconds, my 907kg car accelerates to 26 m/s giving it an acceleration of .65 m/s/s. Using my final speed (constant velocity) my car’s kinetic energy is equal to one half its mass multiplied by its speed squared.

Throughout my day, many maths have already been experienced, and many more will come. My bank will calculate interest, my computer will use advanced algorithms to compute processes, and my phone will use my speed and the position of low earth orbit satellites to tell me exactly where I am in the world. No matter who you are or what you do, there’s no doubt that math is all around you, might as well learn the language.