A new polymer could be the key to safer, better batteries. 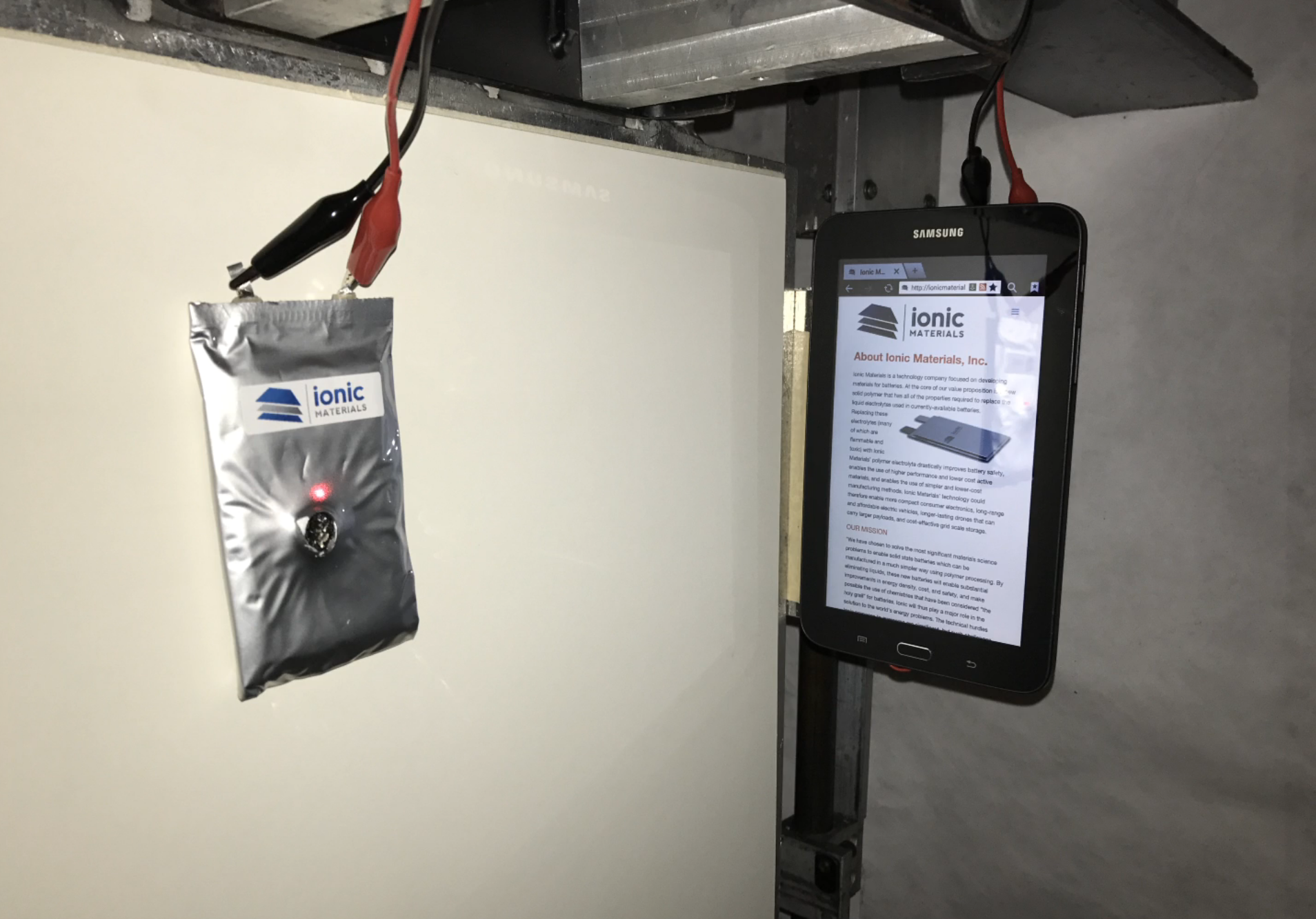 According to Axios, technology giants like Samsung and Dyson have collectively invested $65 million in Massachusetts-based Ionic Materials. This enormous vote of confidence is a bit shocking, as most people probably haven't even heard of the small company before. But if Ionic Materials delivers on its recent claims, the investment will certainly pay off. It claims to be close to creating a safe, working solid-state battery.

The company, established in 1986, seems to be making unique progress in solid-state technology. It has created a brand new material — a liquid crystal polymer — that could solve many of the pressing issues that prevent this type of battery from entering the market.

So far, Ionic Materials' researchers have claimed three major breakthroughs. First, they assert that lithium ions move as fast or even faster through their polymer than they would through a conventional liquid electrolyte system. This seems counter-intuitive since the polymer is a solid, but if it is true, this would clear a huge hurtle to creating working solid-state batteries.

Second, they say that their material works at an impressive five volts and can be made simply and cheaply. Third, they've stated that, while most materials in solid-state research operate at about 60° C (140° F), their material works under much cooler conditions — room temperature.

Ionic Materials seems to have a leg up on competitors with its unique, cheap, and simple-to-produce material. But, if they are correct in their assertions, why would a solid-state battery be so groundbreaking?

They are safer than current batteries, for one thing. Lithium-ion batteries are flammable and prone to overheating and combustion. Solid-state batteries, on the other hand, preserve lithium in a non-flammable state.

Solid-state batteries are also able to be smaller, cheaper to make, and higher capacity than liquid-based batteries. They could potentially charge faster, last longer, and have better overall performance. They could even make better smartphones and electric cars possible.

The main challenge to realizing solid-state batteries has been discovering a material with all of the right properties. If Ionic Materials is right and their polymer is the one to beat, we could be closer to solid-state batteries than ever before. Still, the company has not released much data on their technology, so many experts remain skeptical of how close the researchers actually are to a working product, according to Axios.

Read This Next
Futurism
Elon Musk's Former Employee Is Building a European Rival to Tesla's Gigafactory
Futurism
Tesla's Giant Battery in South Australia Is Officially Switched On
Futurism
A New Battery Built by Samsung Uses Graphene to Charge Five Times Faster
Futurism
The Next Electric Car to Make it to Market May Have a One Minute Charge Time
Futurism
A New Electric Car Battery Lasts for 200 Miles and Charges in Just 6 Minutes
More on Earth & Energy
Dishonorable Disc...
9:47 PM on the byte
Scientists Alarmed by Video of Deep Sea Mining Company Spewing Waste Into Ocean
Save Yourselves
Yesterday on the byte
Furious Marsupial So Thirsty For Sex That It’s Dying, Scientists Warn
Stem Ware
Feb 3 on the byte
Scientists Discover World's Oldest Preserved Vertebrate Brain
READ MORE STORIES ABOUT / Earth & Energy
Keep up.
Subscribe to our daily newsletter to keep in touch with the subjects shaping our future.
+Social+Newsletter
TopicsAbout UsContact Us
Copyright ©, Camden Media Inc All Rights Reserved. See our User Agreement, Privacy Policy and Data Use Policy. The material on this site may not be reproduced, distributed, transmitted, cached or otherwise used, except with prior written permission of Futurism. Articles may contain affiliate links which enable us to share in the revenue of any purchases made.
Fonts by Typekit and Monotype.